Ready to wear (but not to copy) 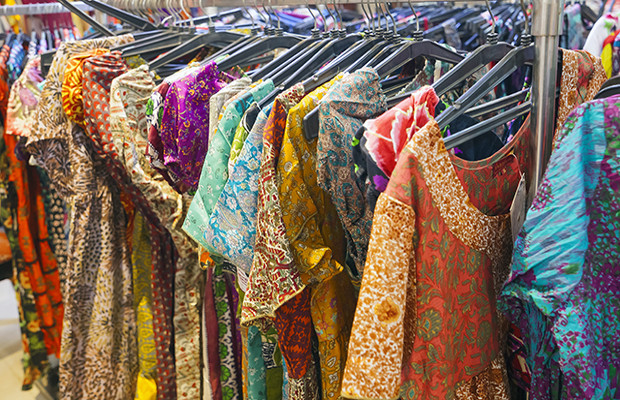 As fashion and luxury retailers increasingly need to safeguard their original creations, what traditional forms of IP rights in India can help them? CA Brijesh and Dhruv Grover of Remfry & Sagar find out.

Copyright law covers ‘artistic works’; design law on the other hand offers protection to ‘novel’ features of shape, configuration, patterns, ornaments or colours applied to an article, which in the finished article are judged solely by the eye. In this way, ‘design protection’ is not limited to an image/design printed on clothing but also extends to the shape/configuration of a garment or accessory.

Copyright lasts for a period of 60 years in addition to the lifetime of the author; but design protection is for a far shorter period of ten years (extendable by five years). Also, copyright infringement can be claimed without a registration—rights subsist automatically from the moment of creation. However, to claim piracy of a design, it is mandatory to have registered the design.

Design law offers protection only to ‘new’ designs or ‘new’ features of designs; fashion labels often re-work previously existing designs, so many do not qualify for design protection.

That said, section 15 of the Indian copyright statute is very relevant for the fashion industry on account of its interplay with Indian design law—its impact makes design registration critical before the launch of a product.

The provision reads: “Copyright in any design, which is capable of being registered under the Designs Act, 2000 but which has not been so registered, shall cease as soon as any article to which the design has been applied has been reproduced more than 50 times by an industrial process by the owner of the copyright or, with his licence, by any other person.”

"At that time, Christian Dior clothing was not sold in India, but the Delhi High Court attributed knowledge of the brand to the Indian public through international magazines."

The High Court of Delhi attempted a harmonious construction of both statutes in Microfibres v Girdhar & Anr (2009), wherein it held that “The legislative intent is, thus, clear that the protection accorded to a work which is commercial in nature (design) is lesser than and not to be equated with the protection granted to a work of pure art (copyright).”

In India, fashion consciousness is increasing rapidly, particularly in the context of wedding clothes. Indian weddings are a marker of prestige and everyone wants to wear the latest trends. They often do so, but the clothing items are often copies of couture dresses—famed Indian designers have been vocal about how their ‘original’ works are flagrantly copied en masse in local markets.

To counter such plagiarism, in 2017 a reputed Indian designer sought design protection for several garments featuring in an upcoming collection. Another designer followed suit in early 2018. This is an important first step and we predict that this trend of registering IP rights will show a sharp increase in the days ahead.

Christian Louboutin, owner of the famed ‘red sole’, has been litigating to protect its proprietary trademark rights in India (Christian Louboutin v Pawan Kumar & Ors, 2016). The Delhi High Court understood Louboutin’s ‘red sole’ trademark as a “specific tone of the colour red … applied to the outsole of a shoe” and stated it was a well-known trademark in India.

This decision is at odds with a subsequent decision of the Court of Justice of the European Union on the same subject, which held that EU law does not allow trademark protection over subject matter consisting solely of “the shape that gives substantial value to the goods”.

Protection/registration accorded to (or refused for) the ‘red sole’ trademark attracts varying reactions but that is par for the course as the trademark in question is a non-traditional mark.

When it comes to more traditional categories, fashion retailers would do well to register their trademarks in India. As the 2015 decision of the Delhi High Court in Louis Vuitton Malletier v Mr Manoj Khurana & Ors shows, on the basis of its registered trademark ‘Toile Monogram’ featuring the interlocking initials LV interspersed with geometrical shapes, Louis Vuitton successfully blocked the online sale of counterfeit handbags, wallets and belts.

In fact, at that time, Christian Dior clothing was not sold in India, but the Delhi High Court attributed knowledge of the brand to the Indian public through international magazines such as Vogue, which had a wide circulation in India, and the sale of Dior products in duty-free stores around the world. There are also numerous other instances where Indian courts have protected the trademarks/trade dress of fashion brands such as Zara, Skechers, etc.

The next frontier for brand protection is the online marketplace—according to a 2017 Morgan Stanley report (“India’s Digital Leap–The Multi Trillion Dollar Opportunity”), the value of Indian e-commerce will hit $200 billion by 2026. For fashion brands, this presents a big opportunity for expanding business but at the same time, they would be wise to double their efforts in monitoring e-commerce sites for infringement and taking swift steps to redress the violation of rights.

The Indian Information Technology (Intermediaries Guidelines) Rules, 2011 define the liability of intermediaries—such as Amazon, Myntra, Koovs, etc—and prescribe take-down mechanisms to be followed by such sites upon receiving a complaint from a rights owner.

However, the relative anonymity of the web allows counterfeits to pop up repeatedly with the ability of offenders to hide their tracks. In this regard, it would be interesting to watch out for breakthrough technologies such as artificial intelligence and blockchain, which promise stronger deterrents in the future.

CA Brijesh is a partner at partner at Remfry and Sagar. A disputes specialist, he leads the IP litigation practice at the firm, counselling clients on trademark and copyright infringement, unfair competition issues and domain name disputes. He can be contacted at: ca.brijesh@remfry.com

Dhruv Grover is an associate at Remfry and Sagar. He advises on contentious and non-contentious IP matters with a special focus on designs and customs law. He handles civil and criminal enforcement actions, as well as customs matters. He can be contacted at: dhruv.grover@remfry.com