Paths through the patenting forest 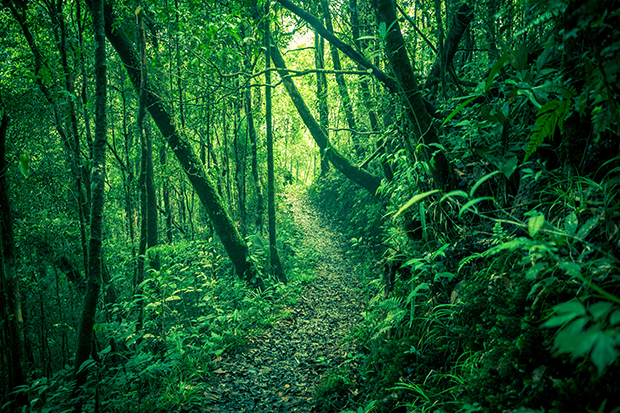 There are four crucial points to be aware of when navigating Brazil’s IP system, say Gustavo Sartori and Breno Akherman of Daniel IP & Legal Strategy.

The rules and regulations on IP have a certain international uniformity. It is true that in several countries the main patentability requirements are almost the same due to international agreements such as the TRIPS Agreement. However, even though there is great similarity between the main patentability requirements, each country has its own specific rules, which can be very different compared to those of the rest of the world.

In this context, Brazil also has its own regulations, which may cause some confusion, especially to practitioners and applicants that are more used to working on the US patent system. Therefore, this article will focus on clarifying and briefly explaining some frequently problematic and other advantageous points of Brazilian practice.

The Brazilian Patent and Trademark Office (INPI) has been struggling for a long time with a backlog. There are a lot of patent applications waiting to be examined and the INPI claims that it does not have enough examiners or resources to be able to overcome the backlog in a short time. Currently, a patent application can take around seven to ten years (on average) to be granted.

As a way to minimise the backlog of some technical areas, the INPI has launched several examination acceleration programmes, which include:

Also, it is important to keep in mind that a particular requirement for using the PPH programmes is to obtain a notice of allowance of the Japanese application or the US application.

The green patents initiative is not a pilot programme and does not have as many restrictions as the PPH programmes. However, it is necessary that the patent application refers to an environmentally-friendly technology and has no more than 15 claims and no more than three independent claims. An advantage of the green patents programme is that it is not necessary to obtain the notice of allowance of a counterpart application. Therefore, it is possible to file a request to participate in the green patents programme straight after requesting examination in Brazil.

These programmes are very effective. After the request to participate in these programmes is made, it takes about 1.5 years for the entire examination process to be completed and obtain a Brazilian granted patent.

In addition to these expedited examination programmes, a measure that has been widely used in Brazil to make patent prosecution faster is the filing of court actions against the INPI at a federal court. According to the Brazilian Constitution, everyone has the right to a prosecution that is resolved in a reasonable time. Hence, the INPI does not comply with the Constitution when it takes many years (often, more than a decade) to examine a patent application, since this long interval of time is unreasonable.

In this sense, it should be noted that court actions challenging public administration agencies are extremely common in Brazil and that the federal government is the most frequent defendant.

In this scenario, applicants file court actions at a federal court requesting a judicial order for the INPI to issue a decision on cases within a 60-day term. This court action follows a very straightforward and expedited proceeding in which the court will evaluate whether an administrative decision is overdue and then order the INPI to analyse the appeals. No lengthy hearings or motions should be expected and a decision is normally obtained within two to four months. Some cases don’t even go all the way before a decision is issued; the mere filing of the court action and the requirement for the INPI to respond is enough to move the administrative proceeding forward.

It is important to highlight that the filing of a court action does not jeopardise the client’s relationship with the INPI and does not lead to an unfavourable decision once the INPI is ordered to proceed with the examination. It has the sole purpose of having a judicial order to compel the INPI to move forward with the examination of an application that has been pending for many years, which is not an acceptable delay (although it is not an exception).

Dozens of court actions seeking the acceleration of administrative proceedings at the INPI have been filed and granted by a federal court and the case law is entirely in favour of such a measure.

Voluntary modifications and the examination request

Another issue that raises many doubts about Brazilian practice is the possibility of making voluntary amendments. In Brazil, a patent application may be modified until the end of the examination procedures (including appeals). However, the specific amendments that can be done are regulated by the time the request for examination is filed.

Before filing a request for examination, the applicant has more freedom to modify the patent application. For instance, it is allowed to include and cancel claims, change category of claims, remove or detail features and rewrite entire portions of claims. However, once the examination is requested (which must be done within 36 months from the filing date) there are several restrictions, since it is not possible to increase the claims scope.

Under Brazilian patent law, a patent application can be divided until the end of the examination procedures. However, the INPI has issued a rule according to which a patent application can be divided only until a notice of allowance or a pre-appeal rejection is issued. Therefore, according to the rule, in cases of filing an appeal against a rejection decision, the applicant cannot divide the patent application. In the opinion of many patent attorneys, such an INPI rule is illegal and should be annulled, since, in Brazil, the civil law system establishes that the rules issued by a government agency cannot be contrary to a federal law created and voted for by the Congress.

As long as there are not sufficient lawsuits filed by applicants challenging this INPI rule, it will prevail and we will have to deal with it. In this sense, if an applicant wants to divide a patent application it must be done before the appeal phase or before a notice of allowance is issued.

From the points discussed above, we hope that some of the main Brazilian prosecution particularities have been clarified and that such information may be useful to all those who use the Brazilian patent system.

Gustavo Sartori is head of the mechanics team at Daniel Legal & IP Strategy with more than 13 years’ experience in the industry. He specialises in patent litigation, prosecution, drafting and strategies. He is currently taking a master of science in mechanical engineering. He can be contacted at: gustavo.sartori@daniel-ip.com

Breno Akherman is a partner at Daniel Legal & IP Strategy with ten years' experience in IP litigation. He is based in Rio de Janeiro and has been at Daniel since before graduating in law school, as an intern. Akherman has worked with all kinds of IP-related lawsuits, but has mostly dedicated his time to patent litigation. He can be contacted at: breno.akherman@daniel-ip.com