Patent monetisation: Making the most of your patents 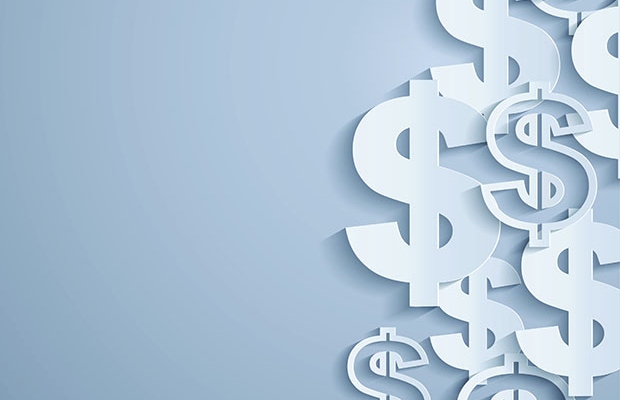 There are a range of strategies to employ in order to maximise the value and earning potential of your patent portfolio, says Paul J. Sutton of Sutton Magidoff.

While people and companies may have different reasons for pursuing and accumulating patents, it is fair to say that making money, directly or indirectly, is universally accepted to be a principal goal.

The term “patent monetisation” is a convenient generic shorthand label that has come to be accepted for such efforts. These efforts may involve one or more of several accepted approaches that are being successfully used by monetisation experts, who typically include patent attorneys and others who devote their careers to working with the various types of IP.

A variety of methods or modes exist for the monetisation of patents. These include court enforcement of patent rights against infringers, one or more forms of licensing, the sale or leasing of rights, pooling of patent rights, and attempting to obtain patents that cover an essential industry standard, to name a few.

There are monetisation brokers who are skilled in guiding patent owners through this process. While monetisation may be used with other forms of IP, this article focuses for the reader upon patent monetisation.

"Many patent holders are not fully aware of the strength of their patents and need to be guided by an expert at evaluating their patents’ claims."

It may come as a surprise that owning patents is not a surefire way to generate revenue. Patent monetisation expert Ozer Teitelbaum observes: “The vast majority of inventions covered by US-issued patents never enjoy their commercialisation. Many patents wind up simply being very expensive pieces of paper on a shelf.”

Some patents have been pursued only to fail to read upon the patent holder’s product that is ultimately commercialised. Improvements to or modifications of product designs may never have such changes fully documented and protected.

In some cases, the product’s earliest designs may never have reached the market at all, due to any number of business reasons. That said, there are significant patent and IP portfolios owned by companies who truly appreciate their potential value.

Patents vary in scope and strength. Depending upon the manner in which the underlying invention has been claimed in an issued patent, a patent may be quite limited, or it may not be very powerful.

Many patent holders are not fully aware of the strength of their patents and need to be guided by an expert at evaluating their patents’ claims. Yes, an issued US patent is presumptively valid. However, that presumption is rebuttable. Only if a patent holder understands the strengths and/or weaknesses of his patents will he be able to participate in monetisation negotiations in a meaningful way.

It is not unusual for patent holders to enter negotiations with a false impression of their patents’ value and strength, only to be greatly disappointed and in some instances outright embarrassed.

Let’s take a look at strategies for patent monetisation that are routinely and successfully used by patent holders.

An owner of patent rights will nearly always be on the lookout for infringement of those rights. A party who makes, has made, used, offered for sale, or sold an invention covered by one or more patents is labelled an infringer.

The owner’s enforcement of his patent(s) against the infringer is accomplished through commencement of an action in a US district court. There are many district courts and the owner will have to satisfy the jurisdictional and venue requirements in choosing the particular district court within which to file his complaint alleging infringement.

"The offer of a patent licence will be a powerful inducement to avoid infringement litigation."

This complaint will set forth allegations to support the claim, and will include a prayer for relief that will typically include compensatory damages, triple damages for wilful infringement, and a permanent injunction against continued acts of infringement.

It is interesting to this author how many people refer to enforcement of patent rights as “defending” the rights. Commencing a patent infringement lawsuit in a federal district court represents enforcement, not a defence. It is the accused infringer who will mount a defence against infringement, such as seeking a court decision declaring non-infringement, or a finding of invalidity of the patent(s) in suit.

Such enforcement litigation against infringers is possible only once a patent issues or is granted. Such court enforcement is not available to the owners of pending patent applications—even those that may have been allowed by the US Patent and Trademark Office (USPTO). The US district courts have exclusive jurisdiction over patent infringement and validity disputes.

Since patents give their owners a lawful form of monopoly during their 20-year life, great care is given by the courts to ensure that these rights are not abused in a way that may violate US antitrust laws.

A patent owner must exercise great care in not threatening an infringer by letter or otherwise, before actually commencing the litigation. Doing so will trigger an accused infringer’s right to race to the courts before the owner in order to capture the initiative by commencing a declaratory judgment action in which a finding of invalidity, unenforceability, or non-infringement is sought.

Patent enforcement is not for the faint of heart. The cost of even a relatively simple patent infringement action involving a single patent, through trial, may reach or exceed $5 million, over a two to five-year period. For this reason, parties may avail themselves of binding or non-binding mediation, in which the end is quicker and far less costly.

A frequent desirable result in patent infringement litigation is where the parties settle their differences early on, such as by reaching a licence agreement that encompasses mutually agreed-upon financial terms.

A licence agreement embodies the grant of a privilege to infringe. A patent owner, while able to refuse to grant any rights to another, under a patent licence agreement will be able to enjoy remuneration in any one of a variety of forms. Licensing is a popular form of monetisation.

The rights granted under a patent licence agreement may be either exclusive or non-exclusive, depending upon the parties’ mutual wishes. In either case, title or ownership of the patent(s) remains with the patent holder who as licensor grants to the licensee the right to commercialise the underlying invention coming within the lawful scope of the patent(s).

This, however, is technically not at all the case. An exclusive licensee will be able to enjoy to himself the rights granted, without fear that another licensee under the same patent(s) or the patent owner will be able to compete with him in the marketplace.

Remuneration under a patent licence agreement may take one of a variety of forms. A single lump sum for the life of the patent may be paid by the licensee instead of a running royalty. This will enable the licensee to keep the licensor from gaining access to the licensee’s books and records. However, this type of arrangement carries with it risks that the patent may one day in the future be deemed invalid, thereby opening up the field to competition.

A negotiated running royalty paid by the licensee to the licensor is more common. This creates a lucrative source of income revenue for the licensor. Such royalties may be paid calendar quarterly or yearly, and the licensor will have the right to confirm the accuracy of the royalty payments received.

Where a series of non-exclusive licences are granted, these become enviable ongoing sources of revenue for the life of the patent(s). Furthermore, the offer of a patent licence will be a powerful inducement to avoid infringement litigation.

Patent monetisation expert Claude Narcisse has observed: “Variables in patent licence agreements will include the field of use to be enjoyed by the licensee, the territory within which the rights are granted, the term of the licence if not the entire life of the patent(s), the obligations to defend against third party infringement claims, the roles of the parties in going after third party infringers of the subject patent(s), the right of a licensee to grant sub-licences, the ability to transfer rights, minimum guaranteed royalties in the case of exclusive licences, and possible technical assistance.”

Where parties each own patent rights that may be of interest to the other, an agreement may be made by them under which each grants to the other rights under their respective patents. Each party retains the ability to enter or remain within the relevant market, and by cross-licensing, costly litigation may be avoided.

Often, neither party is required to pay royalties to the other, although that is an issue that can be negotiated. One need only look at the recent patent litigations involving Apple and Samsung to see how destructive and costly fractious court fights will become. Tens or hundreds of millions of dollars in patent fights will sometimes be the result of the personalities of company leaders.

By “pooling” patents from a number of their owners, bundling enables a technique for industries to manage portfolios in effective ways. The payment of relatively lower royalty rates may be implemented.

Owners of patents are able to either sell or license their patent rights to such joint collaborations. Those in the pool are able to create effective defences against non-practising entities.

Paul J. Sutton is founding partner of IP boutique law firm Sutton Magidoff and is adjunct professor at NYU’s Tandon School of Engineering. He can be contacted at: paul@suttonmagidoff.com