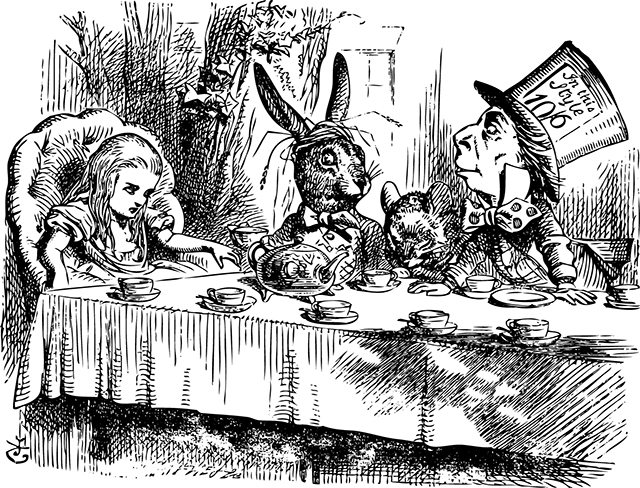 Post Alice, the relative positions of software patent owners and potential software-related infringers have continued to shift, but there is a way through the complexities, as Chris Murphy of TechInsights explains.

We are celebrating two significant anniversaries in 2015. The first is the 150th anniversary of the publication of Lewis Carroll’s “Alice’s Adventures in Wonderland”. It is also one year since the US Supreme Court’s decision in Alice Corporation v CLS Bank was published. It would appear both publications have taken their respective readers ‘down the rabbit hole’ into a world filled with uncertainty.

Alice has in effect limited business method patents by specifying that “abstract ideas” qualify as non-patentable subject matter and cannot become patentable through software implementation. Software patents have subsequently been caught up in a swirling vortex of patents that are also falling down the rabbit hole, ultimately reducing or eliminating the value of many patents.

The two-step test to determine patent eligibility applied in Alice appears simple: (i) is the claimed concept directed to an “abstract idea” and, if so, (ii) does the claim have an “inventive concept” or “meaningful limitation”? However, without any further definition the terms outlined in the test become subjective and result in uncertainty for patent owners. This uncertainty has resulted in patent owners taking a sober second thought when contemplating asserting particular software-related patents.

However, not all software patents need to meet the same fate and there is an opportunity to save many. The 2014 case of DDR Holdings v Hotels.com provides some further guidance on which software patents may continue to maintain their original value. The patent at issue claimed a process directed at maintaining the ‘look and feel’ of a host website where, upon selecting an advertisement associated with a third party merchant’s product, the customer is taken to a hybrid page that is a composite of the third party merchant’s product information and the ‘look and feel’ of the host’s website.

The two-step test laid out in Alice was subsequently applied without the patent at issue being invalidated. Despite Judge Chen’s acknowledgement that the invention at issue might be characterised as an “abstract idea” where the claim in effect covered a software implementation, the patent was held to be valid. This case suggests that as long as the problem addressed by the invention is “necessarily rooted in computer technology” and claims “an inventive concept for resolving a particular internet-centric problem” it should pass the test.

Essentially, this suggests that a computer technology-related problem solved by software will continue to be patent-eligible. Software patents of this nature should escape the rabbit hole and continue to provide protection and value to their respective patent owners. This keeps the door open for continued enforcement of a wide variety of software-related patents covering large sectors of technology with significant market value.

Patent owners interested in enforcing software patents with reduced risk of facing an Alice-related validity argument will be best served by focusing on patents that are technology-centric, ie, mining their portfolios for patents that can more clearly demonstrate an advancement in technology with a clear economic benefit. Software patents directed at improvements in the operation of hardware, network traffic, data collection, interoperability and communication (among others) still hold enormous potential.

The key is the identification of software patents that result in a measurable improvement for the technical solution put forward. The constant integration of an ever-increasing number of technologies in consumer products relies heavily on the software solutions. Patents that are directed at the integration and improved operation of these products represent a great place for potential enforcement.

Chris Murphy is a principal in the IP services department of TechInsights. A specialist in patent portfolio management and licensing support, he provides custom solutions, and technical and strategic advice to patent owners across North America. He can be contacted at: cmurphy@techinsights.com