US jurisdiction report: Patent clash of the titans continues 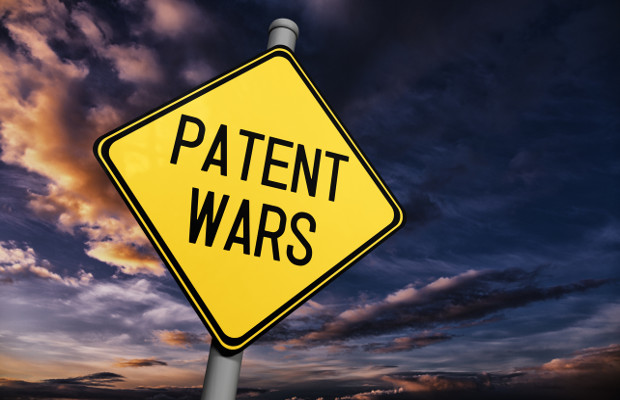 Apple must have celebrated for days after a federal court jury on November 6, 2012 awarded it nearly $400 million in damages against its arch enemy Samsung in the ongoing smartphone wars.

While we don’t know the extent of Apple’s investment in attorneys’ fees in this patent war, it is safe to say that it might have already spent in excess of $100 million. And, of course, Samsung’s legal bills in this patent fight might match Apple’s.

The tax deductibility of such sums does little to diminish the significant financial commitment that this represents, regardless of the financial size or health of a company.

The Apple v Samsung patent war carries with it far more than financial benefits and liabilities. It is a psychological war in which each company is projecting to its customer base the appearance of power, equity, morality, and basic fairness. The war brings into play a complex US patent system that encompasses design patents as well as utility patents.

The average observer is challenged to understand the intricacies facing trial judges as they sort through the conflicting assertions of fact, the applications of specific patent laws dealing with liability and damages, the equities to be balanced between the parties, and the effects of decisions upon the purchasing public, to name but a few. To make matters even more complicated, the Apple v Samsung patent trial occurred before a jury, not solely before a judge, which added a degree of uncertainty that is hard to measure.

It is sometimes hard to fathom the size of the success that Apple has achieved in the marketplace, with its iPhone, iPad, iPod, and Mac product lines. Its cash reserves as of May 2017 exceed a staggering $256 billion, up $10 billion from the previous quarter, as reported by CNBC. This represents a formidable war chest to be faced by Samsung, a giant in its own right, as well as an asset base that Apple must seek to protect.

With the value of IP having grown in recent times to trillions of dollars, protection of patents and other forms of IP is prominent within companies’ business plans and strategies. Failure to enforce patent assets against infringers will risk their owners’ abandonment of highly valuable IP rights. It is therefore understandable that Apple pursued both patent protection for its iPhone, and enforcement of design patents covering the appearance of these products.

“THE WAR BRINGS INTO PLAY A COMPLEX US PATENT SYSTEM THAT ENCOMPASSES DESIGN PATENTS AS WELL AS UTILITY PATENTS.”

The risk to, and financial exposure of, Samsung in its patent battle with Apple was tremendous. It faced extraordinary damages if found liable— and as much as triple these damages if wilful infringement was found by the jury. Whether Samsung’s being a foreign competitor factored into the minds of jurors as they deliberated cannot be known, but this issue was certainly considered by Samsung.

Until the US Supreme Court unanimously on December 6, 2016 reversed the federal court jury’s award to Apple of nearly $400 million in damages, this verdict must have been devastating to Samsung on many grounds. However, it must be given credit for continuing to believe in its legal position, not caving in or compromising, and for carrying its fight right up to the Supreme Court, the highest court in the land. This strategy certainly worked, given Apple’s loss at the Supreme Court.

Post this Supreme Court decision, Apple has attempted to circumvent its effect by raising legal waiver arguments against Samsung, but the district court judge to whom the Supreme Court returned the case has ruled against Apple. In fact, the district judge suggested that Apple itself had waived arguments which it did not include in the pretrial order.

The court in this Apple v Samsung case must now determine what an “article of manufacture” means under title 35, section 289 of the US Code.

This identification is critical in determining which physical elements of Apple’s iPhone are to be covered by its design patent rights.

It is hoped that this needed decision will provide some form of guidance to owners of design patents and to the patent litigators charged with prosecuting and defending against design patent infringement claims.

Until this occurs, a cloud of uncertainty will obscure the sunlight. For those affected, there will be no substitute for guidance by seasoned patent and IP lawyers.