Patent business: An end to uncertainty? 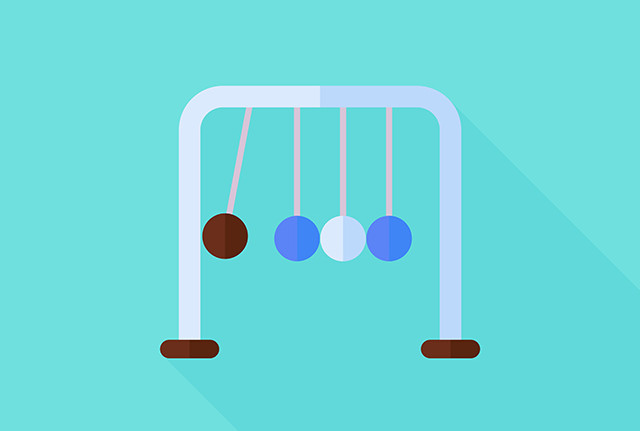 Changes in the US patent system have caused a number of problems, but the future may be brighter, as Art Monk of TechInsights reports.

When even the experts in a market cannot rely on the knowledge and skill they have accumulated to make rational decisions, uncertainty becomes palpable and decisions get delayed or shifted to very conservative options.

Typically, market players become more cautious, more detailed in their diligence, and risk-averse since the actions they took in the past cannot be guaranteed to have the same outcome in the future. This is the situation today in the patent ecosystem, which includes operating companies, licensing firms, privateers, defence funds, litigation finance firms, private equity investors, and last but certainly not least, inventors.

The uncertainty drivers present today will take time to equilibrate, much like the compound pendulum often used as a metaphor to describe the interplay of legislation and case law. At a glance it is not at all obvious where the case law mass will be when both arms of the pendulum are in motion.

The most significant recent legislation fuelling uncertainty was the 2011 America Invents Act (AIA), which replaced the patent re-examination process with the inter partes review (IPR) proceeding, mediated by the US Patent and Trademark Office’s Patent Trial and Appeals Board (PTAB).

Since its establishment the PTAB has invalidated approximately 75% of all patent claims brought before it, leading to concern among patentees about the degree to which they can depend on a patent grant as the foundation for freedom to operate or a licensing campaign. IPR filings are cheap and PTAB proceedings must conclude in a year, which is quite fast.

Looming in the future is the possibility of Congress enacting some portion of the Innovation Act of 2015, which proposes a number of reforms. However, it is not clear which ones will make it across the finish line. This is particularly so when one witnesses the torrent of vitriol from all sides, stoked by a well-financed army of lobbyists who have limited experience in patent matters and who focus on House of Representatives and Senate members. Often, they fervently believe what the last person told them and every lobbyist wants to get in front of them just before a vote.

The 2014 Supreme Court decision in Alice v CLS Bank generated much uncertainty regarding the validity of software patents. This is because the patents in suit were held to be invalid as the claims were drawn to an abstract idea, and implementing those claims on a computer was not enough to transform that idea into a patentable invention.

This led to the thought that if in principle a person could perform the claimed computational steps with a paper and pencil then the insertion of a general-purpose computer to perform them was not patentable. This was pushed to embrace complex systems such as real-time control monitors where literally thousands of such people would be needed with pencils and paper to stay ahead of an evolving chemical reaction process.

Ultimately the benefit of incorporating such computational processing ability must now be placed in the claim itself, which means the granted claims that are not so constructed have a shadow of uncertainty hanging over them.

With the examples above, and many more like them, uncertainty within the patent ecosystem has led to:

• Operating companies using the IPR process to challenge some of the strongest patents asserted against them, when originally the process was introduced to sweep low quality patents from the patent pool;

• Non-practising entities (NPEs) acquiring patent rights on a non-cash, royalty-sharing basis as they now need cash to finance the IPR challenges they face;

• A flight to hardware-based infringement contentions because software-related claims may suffer ‘Alice imperfections’;

• Buyers slowing down patent acquisitions as they more deeply test the validity of the patent assets on offer; and

• Heightened interest in foreign jurisdictions such as Germany where there appears to be more certainty and outcomes can more readily be predicted.

However, we are encouraged that further legislative reform could be shelved due to total pending infringement cases in 2014 being down by 18% and cases brought by NPEs being down by 24% from the levels seen in 2013.

The damping of the system achieved by the AIA may have been enough and we can look forward to the patent ecosystem establishing a new, predictable, equilibrium.

Art Monk is vice president, patent brokerage at TechInsights. He has a career spanning 35 years in high-technology business and managing patent divestment and acquisition transactions internationally. He can be contacted at: amonk@techinsights.com