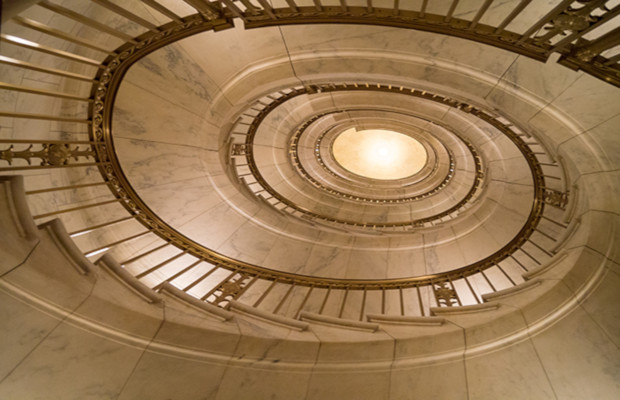 The USPTO’s interpretations of four Federal Circuit decisions can be summarised into three key points that help with overcoming rejections under 35 USC §101, as MaryAnne Armstrong and Hailey Bureau of Birch, Stewart, Kolasch & Birch explain.

After Alice v CLS Bank (2014), the US Supreme Court set forth a two-step process for determining subject matter eligibility under 35 USC §101: (1) determine whether the claims recite a patent-ineligible concept and, if they do, (2) determine whether the claims, individually and in combination, contain an inventive concept that transforms the claims into “significantly more” than the patent-ineligible subject matter.

In Finjan, the Federal Circuit used the two-step approach for determining subject matter eligibility developed after Alice, but only proceeded through step 1. In doing so, the court found that the claims, which recite a system and method for providing computer security by attaching a security profile to a downloadable file, constituted “a non-abstract improvement in computer functionality” because the claims are directed towards generating a security profile that identifies suspicious code and linking it to a downloadable file. Thus, the claims do not merely recite the intended result.

The USPTO stated in the memorandum published on April 2, 2018 that this holding provided clarity on what constitutes eligible subject matter for software-related inventions and further stated that the Finjan holding is consistent with the previous subject matter eligibility guidelines because the claimed method “recites specific steps that accomplish a result that realises an improvement in computer functionality”.

Similarly, in Core Wireless Licensing, the Federal Circuit and subsequently the USPTO focused on the aspect of improvement of the user experience. The court found that the display of an application summary (while applications are not open) in the graphical user interface on an electronic device was an improvement to the user interface.

Claim 1, which was found to be patent-eligible in Core Wireless, recites the features “… an application summary that can be reached directly from the menu, wherein the application summary displays a limited list of data … each of the data in the list being selectable to launch the respective application … is displayed while the one or more applications are in an un-launched state”.

"The USPTO affirmed the importance of connecting the abstract idea to the benefit achieved by the invention in order to reframe the claims as patent-eligible subject matter."

This case is unique because the features of the claims found to be allowable under 35 USC §101 describe an increase in the efficiency of accessing information for the user, in addition to the increase in efficiency for the electronic device. The USPTO affirmed the importance of connecting the abstract idea to the benefit achieved by the invention in order to reframe the claims as patent-eligible subject matter in the memorandum published on April 2, 2018.

In Berkheimer, one aspect the Federal Circuit focused on was whether the claims recite features that are “well-understood, routine, and conventional” in the art. In view of the Berkheimer holding, the USPTO elevated the standard required for an examiner to reject claims based on the premise that the additional element in the claim(s) at issue is well-understood, routine, and conventional in the art under MPEP §2106.07(a)
and (b).

In particular, the memorandum expressly sets forth four ways an examiner may support a rejection that an additional element is well-understood, routine and conventional activity:

(1) A citation to an express statement in the specification or to a statement made by an applicant during prosecution that demonstrates the well-understood, routine, conventional nature of the additional elements;

(4) A statement that the examiner is taking official notice of the well-understood, routine, conventional nature of the additional elements.

However, official notice should be used only when the examiner is certain, based upon his or her personal knowledge, that the additional elements are well-understood, routine, and conventional. Thus under the USPTO memorandum, there is no presumption that an element is well-understood, routine and conventional even if the element is known in the art.

The burden has been placed on the examiner to meet one of the four possible bases to rely on an element as being well-understood, routine and conventional even if the element is known in the art.

The invention in Vanda Pharmaceuticals is directed towards a method for treating a patient with a particular pharmaceutical composition. The claims include steps described using the phrases “determining”, “obtaining”, “performing”, and “administering”. The Federal Circuit found that the claims were not directed to a judicial exception because they recited an application of the relationship between a patient’s metabolism, his or her disease and treating the condition with the compound.

The USPTO’s interpretations of Finjan, Core Wireless, Berkheimer and Vanda Pharmaceuticals can be summarised into three key points that aid in overcoming rejections under 35 USC §101 during prosecution:

(1) Connect the abstract idea to a benefit of the invention and in particular, for software-related inventions, focus on the benefit that impacts the user or the device;

(2) The standard for an examiner to determine whether an element or step is well-understood, routine and conventional under step 2B of the Alice/Mayo analysis has been elevated with the burden being explicitly placed on the examiner to demonstrate that an element is well-understood, routine and conventional even if the element is known in the art; and

MaryAnne Armstrong is a partner at Birch, Stewart, Kolasch & Birch. She focuses on prosecuting patent applications, post-grant practice and FTOs in the fields of pharmaceutical chemistry, organic chemistry, medical devices, biotechnology, and plants. She is also experienced in pharma and biopharma-related procedures including requests for patent term extension. She can be contacted at: maa@bskb.com

Hailey Bureau is a technical advisor at Birch, Stewart, Kolasch & Birch. She specialises in patent prosecution in the fields of chemistry and life sciences, and is currently attending law school at the George Washington University. She can be contacted at: hailey.r.bureau@bskb.com