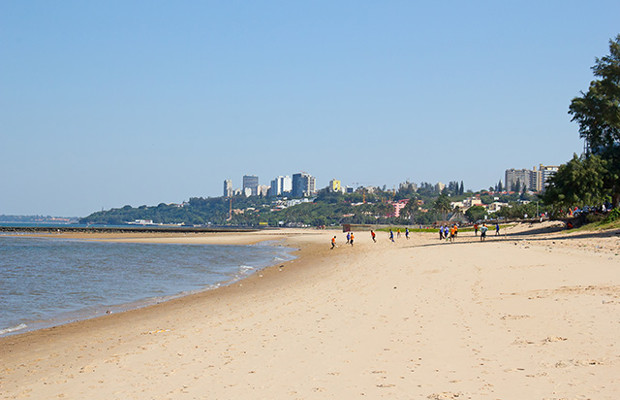 Mozambique’s Industrial Property Code has had a facelift, but has it gone far enough to shore up the country’s IP system? João Cabral of Inventa International reports.

A new Industrial Property Code (IPC) has been in force in Mozambique since March 31, 2016. It was approved on December 31, 2015 by the Council of Ministers and published under Decree No. 47/2015, which provides (in article 2) that Decree No. 4/2006 (which approved the Mozambican IPC of 2006) is expressly repealed and replaced.

This is the third Mozambican code determining the industrial property legal regime since the independence of the country from Portugal in 1975. The first was approved in 1999 by Decree No. 18/99 and the second was the 2006 IPC. The third is the most extensive so far, comprising 244 articles compared to 210 in the 2006 IPC.

This is due, in part, to the incorporation in the IPC of the regime concerning designations of origin and geographical indications, regulated by Decree No. 211/2009, which was also repealed and replaced.

As before, the IPC is divided into five main titles: i) general part, ii) industrial property rights regime, iii) infringements, iv) fees and v) Industrial Property Bulletin. The structural changes worth noting are the introduction of section iii in the general part under the designation of “guarantees to contest”, which under article 18 covers complaints to the director-general of the Industrial Property Institute (IPI), and under article 20 covers court appeals. These provisions were part of title iii (infringements) of the 2006 IPC. This is clearly a structural improvement since these provisions bear no relation to infringement. Similarly, the former chapter ii of title iii was also introduced in the general part under the designation of “protection of intellectual property rights”.

The purpose of the IPC

Further to the purpose of codification and better systematisation, the primary goal of the new IPC is presented in the preamble of Decree No. 47/2015: to ensure better efficiency at processing applications for industrial property rights by implementing simpler registration proceedings.

The focus is directed to procedural more than substantive law. This is confirmed by the main new features that might be found in the IPC, as detailed below.

The major modifications concern: i) deadlines; ii) provisional refusal for patent and industrial design applications; iii) oppositions against industrial design applications; iv) a new appeal; v) new rules for filing declarations of intent to use; vi) the introduction of a new distinctive trade sign, the establishment name; vii) the introduction of regional trademark registration; and viii) the monthly publication of the IP Bulletin.

Article 11 now provides a deadline of 30 days from notification to the IPI, within which outstanding documents or information must be filed, instead of the previous deadline of 15 days in the 2006 IPC. While the IPI usually accepts copies of the documents—even those that require authentication by a public notary or other entities with the same capacity—this modification demonstrates an improvement, as it is often very difficult to submit original documents within 15 days, especially by foreign applicants.

Moreover, instead of the former 60-day period provided for in the 2006 IPC, the new article 18 provides a deadline of 30 days from the IPI notification or publication for appealing against a decision by the director-general of the IPI.

"the legislator might have taken this opportunity to set a single provision in the general part of the code to avoid repetition of the same rules for each IP right."

Finally, 30 days is the length of the new opposition period for trademark applications, which may be extended for an equal period, totalling the 60-day period previously determined.

Patent applications may be subject to provisional refusals by the director-general, and the applicant has 30 days upon receiving the corresponding notification to file a response, otherwise the refusal becomes final (article 70). The same rules are fixed in article 115 for industrial design applications.

Article 113 of the new IPC establishes 30 days from the publication of industrial design applications, which may be extended for an equal period, for the lodging of oppositions against the application. The 2006 IPC merely contained a general referral to the rules applicable to patent applications. As already provided for trademarks and patents, there is now a pre-granting opposition proceeding for design applications, in line with the Portuguese legal tradition.

Since the opposition proceedings are essentially the same for trademarks, patents and designs, the legislator might have taken this opportunity to set a single provision in the general part of the code to avoid repetition of the same rules for each industrial property right and achieve a better systematisation.

It is now possible to appeal to the minister of industry and commerce against decisions of the director-general that grant, refuse or suspend an industrial property right (article 19). The deadline to do so is 30 days from the notification issued by the IPI or the publication of the decision.

Intent to use rules

Article 138 sets the rules for filing declarations of intent to use. The article has only six numbers compared to the previous total of seven. This is relevant since this number provided that declarations should comprise goods and services appearing on the trademark certificate, otherwise the registration could lapse partially for those goods or services not included in the declaration.

On the contrary, number 3 of article 137 in the 2006 IPC was eliminated, creating a need for clarification. This provision fixed that in case of subsequent designation, a declaration couldn’t be mandatory before the completion of five years after the extension. There is no similar rule. Since we can’t discern a reasonable justification for the obligation of filing declarations for trademarks in force in Mozambique for, eg, one year, or even months, we consider that in cases of subsequent designations, the former rule shall apply, which is possible by interpreting article 162 together with article 138, where the rule of the five-year period is set.

This is one of the non-procedural features of the IPC. Establishment name is defined (in article 1) as the designation formed by invented names or people’s names or any other name that identifies and individualises a physical space where economic activity is performed. There are now in Mozambique five distinctive trade signs: trademarks, business names, establishment insignias, logotypes and now establishment names. It is hard to envisage a justification for this new legal provision. While the course of development of the most influential law on Mozambique—Portuguese—was to suppress the legal figures of establishment insignias and names, providing only the logotype besides the trademarks, the Mozambican legislator took the exact opposite direction to create a new industrial right. This will add uncertainty for economic agents, especially in situations where different types of distinctive trade signs are in conflict.

Also worth noting are article 142 and subsequent articles, where regional trademark applications are regulated. Previously, references to regional applications could be found only with respect to patents and industrial designs.

IP Bulletin is now published on the 15th day of every month, instead of once every two months as provided for in the 2006 IPC. This is in line with the purpose of better efficiency in processing applications.

The modifications presented above hardly make a new code. The legislator should have been more rigorous in some provisions. For example, this is clear for the referral of article 134(a), which provides that the lack of one of the elements indicated in article 122, inter alia, is a ground for refusing a trademark application, taking into consideration that this later article sets the requirements for trademark imitation, and the referral just does not make sense.

Despite this, and other aspects mentioned above where we consider that the legislator could have taken other directions, it is worth acknowledging its will to improve the industrial property rights regime, approving an IPC less than ten years after the approval of the 2006 version.

João Cabral  is a patent and trademark attorney at Inventa International. He specialises in all IP matters, including patents, trademarks, copyright and domain names. He is currently undertaking a master’s degree in IP law at Lisbon University School of Law. He can be contacted at: jcabral@inventa.com