Mexico: All in the details 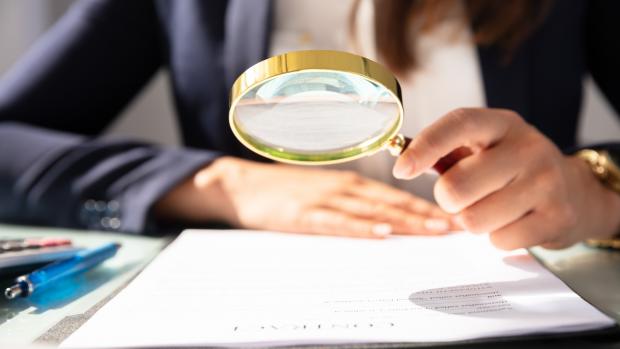 Mexico has made positive changes to its IP system but greater clarity is needed to reassure rights holders. Victor Garrido and Christian Thomae of Dumont round up the key developments in 2022.

In Mexico, 2022 has been an active and interesting year in terms of IPRs: new laws, new forms of rights protection, new treaties signed, but also some complexities especially with pending projects which the people in the field look forward to in 2023.

The post-pandemic recovery of the Mexican Patent and Trademark Office (MPTO) and other government offices as well as the courts has been underway, and making up for the delays has not been an easy task, but every effort has been made and the results are palpable. At an MPTO level, delays in examination have decreased despite the historical lack of personnel and the changes that were required due to the implementation of the new 2020 law, the Federal Law for the Protection of Industrial Property (FLPIP), although there is clearly some room for further improvement. The lack of the new Regulations to the 2020 law has certainly not helped and this is one of the major pending topics that has to be dealt with urgently.

In terms of patent and design prosecution, two major topics have marked 2022: divisional applications for cases granted under the former law; and complexities associated with the implementation of the Hague Agreement in the field of designs.

For more than 25 years, Mexico’s patent framework was defined by the Law of Industrial Property Law (LIP). It was abrogated by the FLPIP, which entered into force on November 5, 2020. However, the LIP continues to be applied for the prosecution of patent applications filed before said date.

Some applicants challenged the above criterion and, as result, court decisions were issued. In 2016, a Federal Court ruled that in view of the silence of the LIP regarding the deadline to file voluntary divisional applications, following the pro homine principle they could be filed any time. On the other hand, in 2020, another Federal Court issued a contradictory decision indicating that such deadline is the end of the substantive examination of the original application. As a consequence of these contradictory decisions a jurisprudence has been recently published supporting the second criterion.

As it can be seen, the jurisprudence departs from the IMPI’s practice as the end of the substantive examination could be interpreted as the date of issuance of the notice of allowance, meaning that, under the jurisprudence, voluntary divisional applications cannot be filed before paying grant fees. Interestingly, the FLPIP does allow voluntary divisional applications to be filed after the receipt of the notice of allowance and before paying grant fees.

”Under the new law, penalties, fines and even prison are possible for infringers who illegally reproduce, copy, imitate and appropriate cultural heritage without consent or proper authorisation.”

As for industrial designs, Mexico adhered to the Hague Agreement on June 6, 2020. After more than two years, the time has come for some cases to arrive at the examination stage.

Some applicants are surprised by being issued with provisional refusals citing their own published priority document. This happens when the priority claim is not recognised. Apparently, many users of the Hague system are not completely familiar with the formalities needed for priority recognition in Mexico. However, said recognition might be denied due to at least one of the following reasons:

Users of the Hague system are advised to appoint a representative in Mexico after filing the international registration, so the representative takes care of the requirements for the recognition of priority; otherwise, the application in Mexico may be refused on the grounds of lack of novelty if the first filing on which the priority is based was published prior to the date of the international registration (which in most cases is the same as the filing date of the international application). Although alternatives to try to fix this issue might exist in some cases, the same would usually involve litigation against the IMPI with the corresponding costs and consumption of time.

The year has also been quite turbulent, on one side with the implementation of the final stage of the packaging restrictions imposed by Official Standard 051 (NOM-051) and, on the other, with the publication of the Federal Law for the Protection of the Cultural Heritage of Indigenous and Afro-Mexican Peoples and Communities.

Mexico is the second-most important country in terms of cultural diversity after India. It has 62 indigenous cultures with their own languages and variants (over 350) which make up approximately one fifth of the population. This results in the existence of a vast cultural heritage and patrimony associated with them. As a consequence, one of the topics that Mexico had on its to-do list, was to have laws which grant protection to these communities and their heritage. The law is not perfect, but certainly a good start.

Its main purpose is recognising and protecting the collective rights of ownership by indigenous and Afro-Mexican peoples and communities over their cultural heritage, knowledge, and traditional cultural expressions as well as the collective intellectual property in connection with such heritage/patrimony.

This new law establishes the way in which agreements with communities over their cultural heritage/IP will have to be entered into and declares that prior agreements will be null and void. It also establishes that authorisations to third parties will be temporary and limited to a maximum of five years.

Under the new law, penalties, fines and even prison are possible for infringers who illegally reproduce, copy, imitate and appropriate cultural heritage without consent or proper authorisation.

The implementation of the law, creation of government offices in charge of doing so and Regulations are still pending, and so it is too soon to see how effective the system will be.

What should we expect for 2023? Which are the issues that need urgent attention and which should Mexican authorities make sure are timely resolved? There’s quite a few, but the most relevant, from our point of view, are the following.

The Regulations to the Federal Law for the Protection of Industrial Property have been pending since the new law was approved and entered into force a bit more than two years ago. We are still using the Regulations to the previous Law in whatever is applicable and not contrary to the new one, but the need for it is urgent to provide full certainty to IPR holders and the prosecution of their cases.

The other Regulations that are pending and even more urgent, considering there is no previous applicable document as there is for the FLPPI, are those for the Federal Law for the Protection of the Cultural Heritage of Indigenous and Afro-Mexican Peoples and Communities, which should have been issued, according to the text of the law itself, by July this year and of which there is no trace nor information.

2023 should be the year in which we see the first case for damages derived from the infringement of IPRs brought directly to the MPTO, under the provisions of the FLPIP which would now allow for it, considering the time it takes to prosecute an infringement case. This could certainly be one of the most interesting and hot topics for the year to come.

Finally, the beginning of next year will also see the decision by the Supreme Court of the controversies that have arisen around the NOM-051 packaging and labeling restrictions which was supposed to be discussed in November but moved to January 4. This is another topic in which certainty for IP rights holders is on the line and needs to be urgently resolved.

Victor Garrido is partner and head of patents at Dumont. He can be contacted at: vgarrido@dumont.com.mx

Christian Thomae is partner and head of trademarks at Dumont. He can be contacted at: cthomae@dumont.com.mx