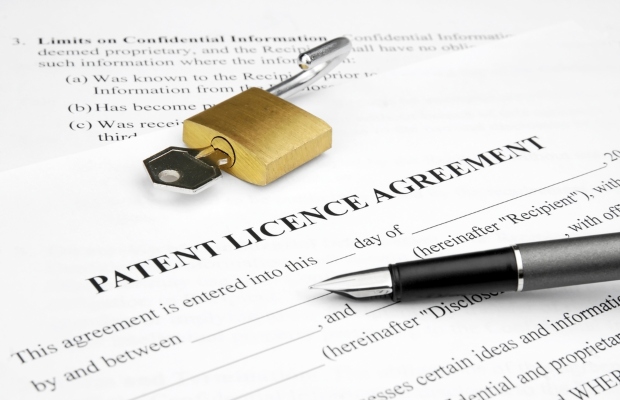 When considering whether to pursue patent protection for an invention, an inventor will often dream of the benefits afforded by patent protection. This may include the possibility of licensing the patent and its underlying invention to one or more parties committed to commercialising products incorporating the subject invention.

The possibility of licensing is certainly one of the motivating forces that will drive inventors towards pursuing a patent.

The law requires the licensing of an invention and its patent protection to be in writing. Attempts to reach a licence agreement verbally will do nothing but frustrate those who do so. It is a goal of the present article to present a sampling of such factors and to identify why they are important.

Of course, an agreement of any kind will have two or more parties to that agreement. The agreement will constitute an understanding between the parties with promises made by each, as well as a remedy for the breach or violation of that understanding. Factors to consider and the reasons for their inclusion within patent licence agreements are described below.

This may be so where great trust has been developed with a particular party and the party transferring rights does not want these rights to get into the hands of a competitor or untrustworthy company. This is easily provided for within the agreement.

It is essential that the licensed products covered by the licence agreement are carefully defined. A licensee will not want to be obliged to pay royalties on the sales of products that are not covered by the patent or intellectual property that is being licensed.

It is for this reason that a licensee will want the term “licensed products” to relate directly only to that which comes within the lawful scope of the patent under which rights are being granted. To ignore this detail creates peril.

The invention that is the subject of a licence agreement should be carefully defined. Drawings or detailed descriptions of the invention’s features may be attached to the body of the agreement as an appendix or exhibit.

There will be an interrelationship between the definitions of invention, licensed product, patent applications, and patents, since each and all of these terms will relate directly or indirectly to the invention itself.

Where a patent has not been allowed or issued on licensed patent applications, there will be a degree of uncertainty as to the scope of patent claims that may issue.

In such a case it is possible for the parties to agree on a two-tier royalty arrangement where a higher royalty will be paid by the licensee for a specified period of time, after which the royalty will be reduced to a lower value unless and until a patent covering the invention is granted.

Patents covering the invention may or may not have been granted at the time the licence agreement is consummated. Several continuing types of patent applications may be filed based upon a parent application, such as divisional or continuation in part applications. These should be included.

Some may question why there will be a definition of ‘sold’ within a patent licence agreement, but this can be one of the more important definitions.

Since the licensee will be paying royalties on the number of licensed products that it has sold, the time when that payment for the sale takes place for purposes of calculating the licence royalty is important.

Royalties payable by a licensee are usually paid as a percentage of the net sales price of the licensed products sold by it. This will not include, for example, shipping costs, commissions and taxes.

A party that has been granted rights under a patent has been granted a privilege to infringe that patent. For this reason, a licensee’s rights will be very specifically and carefully defined within the licence agreement.

Patent licences are usually granted for a specific field of use. This may include, for example, online versus brick and mortar marketing of the licensed products.

It would be foolhardy for a licensor granting an exclusive licence not to provide for minimum royalties. Minimums will urge licensees to commercialise the licensed products aggressively.

As described in the November/December 2019 edition of World Intellectual Property Review, there may be instances where a licensee’s commercialisation of licensed products will cause a patent infringement claim against it by a third party patent holder.

The licence agreement should contain provision for the defence against such a claim, including who will be responsible for such a defence.

Unrelated to third party infringement claims, there may be instances where a third party’s conduct will constitute infringement of the licensed patent(s). There will need to be an understanding regarding which party will have financial responsibility for prosecuting a claim against the infringer.

The foregoing exemplary factors are presented in an effort to give the reader an appreciation of the meticulous thought required on the part of each party to a patent licence agreement. Seasoned experienced patent counsel will prove invaluable.

Paul J. Sutton is a founding partner of IP boutique law firm Sutton Magidoff and is adjunct professor at NYU’s Tandon School of Engineering. He can be contacted at: paul@suttonmagidoff.com