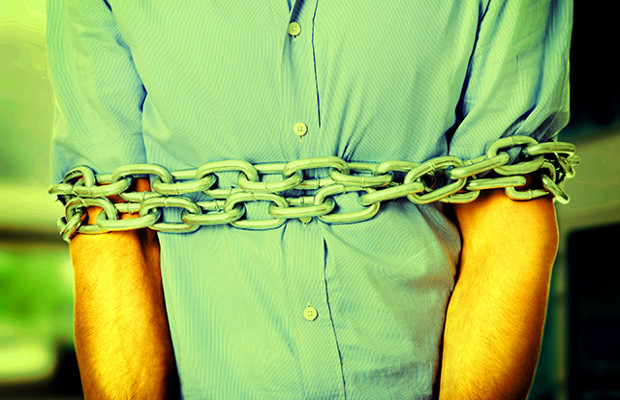 Now that the inter partes review system is three years old, what effects have the estoppel provisions had on concurrent or subsequent district court litigation? David Holman and Eldora Ellison of Sterne Kessler Goldstein & Fox report.

The inter partes review (IPR) process is now three years old, and the effects on subsequent proceedings are beginning to be seen. Under the 2011 America Invents Act (AIA), IPR petitioners are estopped from asserting invalidity in a civil action or International Trade Commission investigation on any ground that the petitioner “raised or reasonably could have raised” in a previous IPR that resulted in a final written decision.

Under federal regulations promulgated to implement the AIA, a patent owner whose claim is cancelled in an IPR is precluded from taking action that is inconsistent with the adverse judgment, including obtaining in any patent a claim to substantially the same invention.

Here, we explore the effects of these estoppel provisions on IPR petitioners and patent owners.

The estoppel analysis is relatively simple when considering unpatentability grounds or types of prior art that are statutorily precluded in IPRs. IPR petitioners may challenge patentability of claims only on anticipation and obviousness grounds, which must be based on “prior art consisting of patents or printed publications.”

Therefore, regardless of an IPR’s status or final outcome, the plain language of 35 USC §315(e)(2) does not preclude a petitioner from challenging a patent claim in a district court based on grounds precluded in the IPR, such as §§101 or 112.

Likewise, the IPR petitioner is not estopped in district court from relying on prior art that is not a patent or printed publication. For example, in Redline Detection v Star Environtech (2014), the Patent Trial and Appeal Board (PTAB) concluded in its final written decision that Redline failed to show that the challenged claims in Star’s patent were unpatentable.

In parallel district court litigation, Star Environtech v Redline Detection (2015), Star moved to strike Redline’s invalidity contentions on the basis of §315(e)(2) estoppel. Star argued that Redline reasonably could have raised a particular prior art reference in the IPR. The ‘reference’ at issue in district court, however, was a physical machine and not a patent or printed publication. Moreover, the district court noted that the machine itself provided disclosures not available in the machine’s instruction manual. So no §315(e)(2) estoppel was attached because the physical machine could not have been raised as prior art in the IPR.

However, what about pending IPRs that have not reached a final written decision? Are litigants in district court estopped from relying on references used in an ongoing IPR?

Data points here are limited due to the fact that many district courts grant a stay of litigation pending the final written decision in a parallel IPR involving the same patent(s) at issue in district court. However, at least one district court has implied that an IPR petitioner would be estopped from relying on prior art references used in a concurrent IPR, even though the IPR had not yet reached a final written decision (see Invensys Sys v Emerson Elec [2014]). The Invensys court stated: “Although defendants will be estopped from asserting the roughly 14 prior art references raised before the PTAB, they will not be estopped from relying upon the roughly 200 references raised in this litigation.”

When the PTAB denies an IPR petition, the proceeding ends without reaching a final written decision under §318(a). Therefore, statutory estoppel under §315(e)(2) should not attach when an IPR petition is denied. Indeed, in National Oilwell Varco v Omron Oilfield & Marine (2013), National Oilwell alleged that Omron was estopped from raising certain arguments in district court due to the PTAB’s denial of Omron’s IPR petition. The district court disagreed, stating that “the statutory doctrine of estoppel does not apply to this case.”

The district court denied Pay-Plus’s motion, stating that “the court can and will instruct the jury on the appropriate law to apply to this case and can, if requested, further instruct the jury that different standards apply to these various proceedings…” (see also Universal Elecs v Universal Remote Control [2014]).

In parallel district court litigation at the US District Court for the Western District of Wisconsin, (WARF v Apple), Apple moved to exclude the IPR denial from evidence.

The district court agreed with Apple, stating “this court agrees with Apple and those courts that have declined to admit evidence of non-dispositive IPR proceedings: any probative value of this evidence is substantially outweighed by the risk of unfair prejudice, as well as the risk of jury confusion … Not only is the PTAB’s decision not binding in these proceedings, the law is not even clear on whether and how much the PTAB’s decision denying Apple’s request for review should affect the weight given to the two prior art references presented during the IPR proceedings.”

"Even without statutory estoppel hurdles, IPR petitioners may still face estoppel-like challenges when asserting their IPR arguments in district court."

WARF also tried the alternative strategy—albeit unsuccessfully—of arguing that the PTAB’s denial of Apple’s IPR petition precluded Apple from raising an “objectively reasonable” obviousness defence to WARF’s wilful infringement allegation. The district court rejected this argument, too: “All PTAB found was that [defendant] was not likely to prevail on its defence by proving obviousness by clear and convincing evidence. PTAB did not consider whether this defence was objectively reasonable or raised a substantial question,” it said.

Some district courts attach a limited, non-statutory estoppel to defendants’ arguments when there is an IPR involving the same patent(s) at issue, even when the defendant is not a party to the IPR.

In Rothschild Storage Retrieval Innovations v Sony Mobile Communications (USA) at the US District Court for the Northern District of California earlier this year, Rothschild alleged that Sony and three other defendants infringed Rothschild’s ‘797 patent. Meanwhile, non-party Google filed an IPR petition challenging the same ‘797 patent (Google v Rothschild Storage Retrieval Innovations). When discussing whether to stay the litigation pending the outcome of Google’s IPR, the district court acknowledged that Sony is “not statutorily estopped from reasserting the same invalidity arguments raised during the IPR.”

The court decided, however, to conditionally grant the stay based on “the defendants’ agreement to be estopped from arguing any ground raised in the IPR on which a final decision is rendered.”

Other district courts take non-statutory estoppel even further and attach a full IPR estoppel to defendants that are non-parties in a parallel IPR. In Evolutionary Intelligence v Yelp (2013), the defendant Yelp was not a party in a parallel IPR petitioned by Apple (Apple v Evolutionary Intelligence). Nonetheless, Yelp agreed “to be estopped from litigating any invalidity claims that Apple raised or could have raised in its IPR petitions.”

Patent owners are not immune to estoppel arising from IPRs. Federal regulations preclude a patent applicant or owner “from taking action inconsistent with the adverse judgment, including obtaining in any patent … a claim that is not patentable distinct from a finally refused or cancelled claim …” Thus, an IPR resulting in cancelled patent claims can affect a patent owner’s prosecution strategy for related continuing applications.

Further, the PTAB has acknowledged that an initial determination of rule 42.73(d)(3) estoppel is up to the patent examiner. In Chi Mei Innolux v Semiconductor Energy Lab (2012), Chi Mei petitioned for an IPR of Semiconductor’s ‘480 patent while simultaneously moving for the PTAB to suspend prosecution of two divisional applications related to the ‘480 patent.

As the law on IPR estoppel has developed, patent owners and patent challengers have experienced mixed results in non-precedential decisions. Until the contours of the law become more clearly defined, IPR parties—as well as affected third parties—will continue to test various legal theories to expand or limit the scope of the estoppel. While district court litigants may not have many options for avoiding estoppel disputes, patent owners may be wise to seek expedited prosecution of related applications in the US Patent and Trademark Office to circumvent estoppel issues.

Eldora Ellison is a director at Sterne, Kessler, Goldstein & Fox and is a member of the firm’s biotechnology/chemical and litigation practice groups. She has a PhD in biochemistry, molecular and cell biology from Cornell University. She can be contacted at: eellison@skgf.com

David Holman is an associate at Sterne, Kessler, Goldstein & Fox and is a member of the firm’s biotechnology/chemical practice group. He has a PhD in microbiology and immunology, medical from the University of South Carolina. He can be contacted at: dholman@skgf.com