India: The ‘pits’ and ‘falls’ of numerical ranges 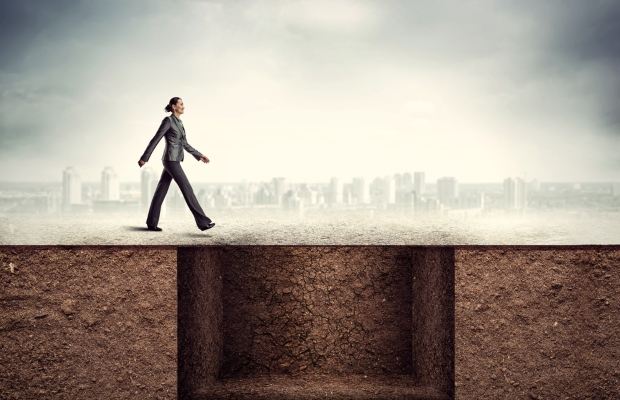 Adding patent claims that include numerical ranges should be approached with caution, warns DPS Parmar of LexOrbis.

The drafting of a patent claim remains an enigma before the judicial interpretation of its intended and actual scope is deciphered by the courts.

In many technologies particularly involving chemical, biotechnology, and pharmaceutical invention, the inventors invariably seek a patent on numerical ranges rather than specific values.

Obtaining a patent based on claims with numerical ranges may give wide protection to the patent owner. At times, numerical range claims are adopted during the examination of the application to narrow down the scope to avoid prior art references cited by the examiner.

In any event, it allows the applicants to push the boundaries of the existing ranges in the application to capture optimal value during infringement interpretation of the reach of the claimed invention.

The question of introducing a range as an amendment is difficult to resolve as it requires the examiner to act as a person skilled in the art and read the written description requirement in the context of the nature of the invention and the state of the knowledge.

That means, even if every nuance of a claim is not explicitly stated in the specification, the claim is deemed to have met the written description requirement when it is read by the person skilled in the art.

That leaves enough discretionary elements for the examiner to apply, which at times makes it arbitrary to take either a liberal or narrow view. No challenge is made to such an approach as the law permits the examiner to satisfy the requirement of the written description as he deems fit.

In the US, the golden test for adequate written description “is whether the disclosure of the application relied upon reasonably conveys to those skilled in the art that the inventor had possession of the claimed subject matter as of the filing date.” It was laid by a federal court in Ariad Pharmaceuticals v Eli Lilly & Co In this case, the court stated that:

“We have said that it is not necessary that the limitations of a claim be set forth in haec verba, …, or, presumably, in the case where numbers, not words, are at issue, in haec numera. But the specification must indicate with some clarity what the claim recites. In the case of a claimed range, a skilled artisan must be able to reasonably discern a disclosure of that range.”

There is no requirement under section 59 that the exact language corresponding to a numerical range introduced to a claim after filing the amended numerical range must be found in the as-filed application. The examiner must check that the claim as amended falls wholly within the scope of the claim as filed before amendment.

In some cases, amended numerical ranges constructed using a combination of the originally described range and discrete values as stated in the description can be allowed. But when a dispute relating to the patent’s validity is filed, a Pandora’s box of prosecution history opens to allow the judges to interpret the true scope of the range covered during amendment.

At times, the end values of the claimed ranges are not disclosed in the specification, but the end value of the claims is derived from the general description and examples. Such claims are susceptible to invalidation as deficiency in the lack of explicit disclosure of the end values cannot be cured.

“The question of introducing a range as an amendment is difficult to resolve as it requires the examiner to act as a person skilled in the art.” - DPS Parmar, LexOrbis

For example, a recent case, Indivior UK v Dr Reddy’s Laboratories (Fed Circ 2021), shows that the end values of an amended range must be expressly described in the as-filed application in order to be deemed supported by the description in the specification.

In this review appeal case the US federal court asserted that “what is needed to satisfy written description in patent law is highly fact-dependent, but the contours are well known.”  The fact in this case was

The court brushed aside the argument of Indivior that the end values of the claimed range can be readily derived from ten working examples given in the specification by using rudimental calculations: by summing the amounts of four types of polymers and dividing the sum by the total amount of the composition which includes other components in addition to polymers, by finding that it “amounts to cobbling together numbers after the fact.”

Therefore, it is evident that the abundance of working examples and the readily available mathematical tools were not able to make up for the lack of the explicit disclosure of the end values in this case.

The court opined in Indivior that “A written description sufficient to satisfy the requirement of the law requires a statement of an invention, not an invitation to go on a hunting expedition to patch together after the fact a synthetic definition of an invention.”

The court also stated that “[A] patent is not a hunting license. It is not a reward for the search, but compensation for its successful conclusion.” The court affirmed the Patent Trial and Appeal Board’s decision that the claim lacked adequate written description and held the claim is invalid. In this case the Federal Circuit held a claimed range “about 40 wt % to about 60 wt % of a water-soluble polymeric matrix” introduced during prosecution is not supported because neither 40% nor 60% was specifically disclosed in the as-filed specification under US 571.

While conceding the prior art, amendment in claims—particularly the introduction of new ranges based on the cobbling together of numbers after the facts—should be done with caution. We have seen in the Indivior case that the court looked for clear and convincing proof that the written description requirement is met where claims reciting ranges by explicitly describing the amended numerical ranges.

Alternatively, the end values of the amended numerical ranges are clearly supported to show that the patentee was in possession thereof as of the application’s filing date.

In any case, the court would not allow the patentee to rely on written description solely on “cobbling together the numbers of the amended numerical range after the fact, even if only a rudimentary mathematical calculation based on the data in the as-filed disclosure is needed.”

This case changes the way amendments are made in patent claims to introduce numerical ranges or the end values of the amended numerical ranges. Applicants are now required to be extra cautious to extract the information from working examples and do the required calculations to ascertain the reach of the numerical ranges in claims, particularly at the prosecution stage.

It is imperative to know that specification as originally filed must show such results and analysis to support the later amendment in the claims to introduce the numerical ranges.

A failure to meet the written description requirement due to the lack of such analysis and statement may be fatal for the amended claim, as it cannot be cured by the argument of disclosing representative working examples within the claimed range.

Although this case is based on US patent law and practice, its repercussions on the Indian cases cannot be ruled out. The problem in cases such as Indivior is not in claiming ranges but the difficulty in defending in the absence of explicit disclosure in the application for the claimed ranges or the end values in the specification.

The patentee claiming ranges need to be aware of pitfalls associated with such claims if they leave pits of uncertainty in the description that may leave the claims facing a fall during disputes.