India: A better court for businesses 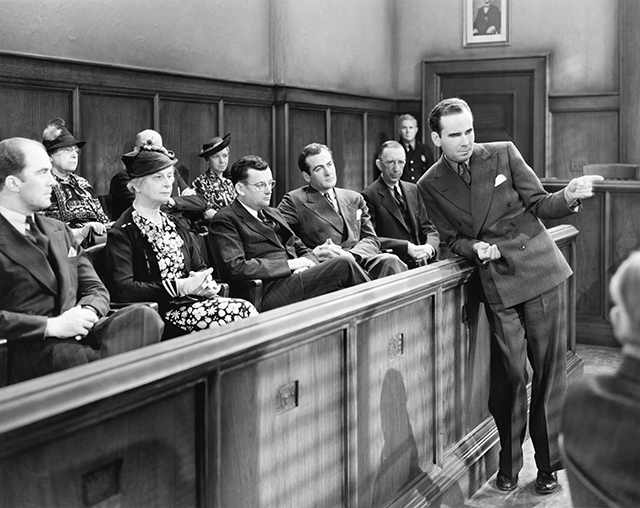 The establishment of specialised and dedicated commercial courts would help companies in India protect their IP rights in a more efficient manner, says Vaishali Mittal of Anand and Anand.

With rising trade and commerce across borders, the world woke up to the growing importance of intellectual property rights of individuals as well as entities. Recognising the vital importance of IP law, several nations adopted measures to address the arising issues.

While the TRIPS Agreement reflects the collective political and legislative will of several member nations to adopt and enact more homogenous laws pertaining to IP, the procedural and practical aspects of such laws are better addressed on a nation by nation basis.

As far as the practical and procedural aspects of IP law go, ensuring quick adjudication and eliminating a backlog of matters is of prime importance. Of equal importance is adjudication by experts in the various facets of IP law.

In order to ensure that IP and other complex matters are given their warranted attention, several jurisdictions have established IP courts.

New Zealand, the UK and South Korea have established their own special courts. While their characteristics might differ, they share a common purpose.

A specialised IP court can be broadly defined as a statutorily established authority with independent judicial powers clearly defined by law, consisting of one or more judges or specialists to adjudicate disputes of a rather niche or complex nature.

However, many other jurisdictions address IP and related matters through specialised ‘commercial courts’. Such courts are empowered to adjudicate commercial disputes, of which IP form a significant portion. Austria and Ireland are two jurisdictions which classify IP disputes as commercial matters.

A solution for India

In India, addressing procedural and practical aspects of adjudication is perhaps as important as the legislative and jurisprudential aspects of the law itself. Innumerable recommendations have emphasised the importance of facilitating an efficient system to ensure speedy disposal of matters and to breathe fresh life into the proverb ‘justice delayed is justice denied’.

The bill aims to improve the overall and collective jurisprudence in complex, commercial matters through the establishment of specialised and dedicated commercial courts.

However, before analysing the effects and possible impacts of the bill, it would be worthwhile to mention the legislative history leading up to it.

The 17th Law Commission of India had taken up the issue of setting up commercial divisions in high courts and it had submitted recommendations in a report called “Proposals for the Constitution of Hi-tech Fast Track Commercial Divisions in High Courts”.

The Commercial Division of High Courts Bill, 2009 was drafted to provide for the constitution of a commercial division in the high courts for adjudicating commercial disputes and other related matters.

The 2009 bill posed difficulties in implementation, which needed to be rectified in order to provide for a viable commercial court system.

Some of the drawbacks were:

Lack of original jurisdiction in all high courts;

Lack of an effective mechanism to redress delayed progress of matters before the commercial courts; and

No emphasis on specialisations in the commercial division.

Owing to the defects contained in the bill, the upper house of the Indian parliament did not pass the bill and recommended that amendments be carried out instead. The bill then underwent several amendments and was recommended to the Law Commission of India, which then introduced the 2015 bill.

The concept of a commercial court as a dedicated forum perhaps offers the best solution for addressing complex commercial disputes. Not only do specialised and niche forums offer speedy resolution of disputes, but their expertise in the concerned subject matter also would lead to more reasoned adjudication.

Some of the reasons for commercial courts being introduced in India include:

Speedy disposal: The Indian judiciary’s biggest enemy is believed to be its huge backlog of cases. As of 2014, the appellate courts had a backlog of about 4.4 million cases.

Expert adjudication: With a specialised bench dedicated to adjudicating matters pertaining to IP, not only will the adjudication be speedy but it would also carry the depth and knowledge of persons who understand the subject better.

Economic growth: The importance of a stable, efficient and certain dispute resolution mechanism to the growth and development of trade and commerce is well established. Quick enforcement of contracts, easy recovery of monetary claims and award of just compensation for damages suffered are absolutely critical to encourage investment and economic activity.

Benefits of the commercial courts for IP

Expertise in IP: Specialised benches comprising persons seasoned in the field of IP would make decision-making an easier process for the judiciary.

Efficacy in adjudication: The 2015 bill mandates the provision of necessary infrastructural facilities to commercial courts as well as commercial divisions established within respective high courts, in order to render better assistance to the courts.

It is fundamental to recognise that speedy and efficient adjudication of commercial matters in India is vital to its socio-economic development.

As far as IP is concerned, such specialised courts giving ‘personal’ attention to matters would not only help the law move forward in the correct direction, but it would be done in a faster and a more cost-effective manner for the litigants.

The realisation of such benefits will need to stand the test of time.

Vaishali Mittal is a partner at Anand and Anand. She has more than 12 years of experience in IP spanning a wide range of subjects in highly contested litigation matters. She has been involved in several landmark judgments that have brought repute to the firm. She can be contacted at: vaishalimittal@anandandanand.com