Indefinite claims at the PTAB 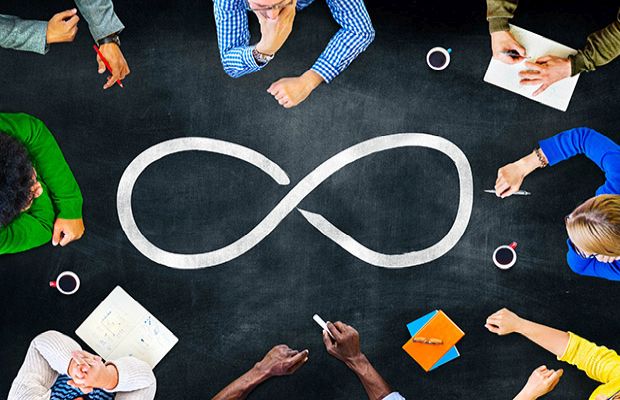 Petitioners that attempt to take advantage of the PTAB raising an indefiniteness challenge to patent claims will likely fail, as Hailey Bureau and Chad Rink of Birch, Stewart, Kolasch & Birch explain.

Inter partes review (IPR) is a trial proceeding conducted by the Patent Trial and Appeal Board (PTAB) of the US Patent and Trademark Office (USPTO). IPRs took effect with the America Invents Act in 2012.

During an IPR, the PTAB must construe the claims as part of its analysis to determine whether to institute an IPR under the Phillips standard of claim interpretation (Praxair v ATMI 543 F.3d 1306, 1319 [Fed. Cir. 2008]).

Determining whether the claims are definite is part of this analysis to determine the scope of the claims at issue (Blackberry v MobileMedia Ideas, No. IPR2013-00036, Paper 65 at 7 [March 7, 2014]). A claim must particularly point out and distinctly claim the invention (“Manual of Patent Examining Procedure” [MPEP] §2173). This requirement provides adequate notice to the public about what the boundaries of the patented invention cover.

The US Supreme Court established the precedent in SAS Institute v Iancu that if the PTAB finds a reasonable likelihood that the petitioner would prevail with respect to at least one claim in its petition for instituting an IPR, then the PTAB must institute the IPR on all of the claims challenged in the petition. Prior to the SAS decision, the PTAB had the ability to institute an IPR on only the claims that the PTAB determined met the standard of “a reasonable likelihood that the petitioner would prevail” (35 USC §314[a]).

The SAS decision played a significant role in Samsung Electronics America v Prisua Engineering, a precedential opinion issued by the Court of Appeals of the Federal Circuit (948 F.3d 1342, 1350 [Fed. Cir. 2020]). Prisua filed suit against Samsung alleging that Samsung had infringed US patent number 8,650,591 owned by Prisua, which covered video-enabled digital devices for embedding user data in interactive applications. Samsung subsequently filed a petition for IPR against Prisua challenging claims 1 to 4, 8 and 11 of the ’591 patent as being obvious under four separate grounds.

The PTAB originally instituted the IPR on claim 11, which was the only claim that the PTAB found met the standard of a reasonable likelihood that the petitioner would prevail. However, after the decision in SAS, the PTAB modified the original institution decision to institute on all of the challenged claims.

The PTAB sua sponte found that claim 1 of the ‘591 patent was indefinite because it recites an apparatus in the preamble, and features of the apparatus are claimed using active phrases of a method. For instance, claim 1 recite the features “said apparatus comprising: an image capture device capturing the user input video data stream; an image display device displaying the original video stream”.

On appeal to the Federal Circuit, Samsung took advantage of the PTAB’s interpretation that claims 1 to 4 and 8 are indefinite and argued that the PTAB erred in not cancelling claims 1 to 4 and 8 upon determining they are indefinite. The Federal Circuit held that the PTAB did not err in not cancelling the claims since the PTAB does not have statutory authority to cancel claims as being indefinite in an IPR. The Federal Circuit emphasised that the petitioner may request that claims be cancelled as being unpatentable only under 35 USC §102 or §103, since those are the only grounds that can be raised in an IPR.

Samsung also argued, in the alternative, that the PTAB erred by not applying the prior art to claims 1 to 4 and 8. The PTAB held that the prior art could not be applied to the claims because the PTAB identified several instances in the claims that raised indefiniteness issues.

The Federal Circuit analysed the PTAB’s finding that the claims are indefinite. The Federal Circuit held that the phrase “digital processing unit” did not invoke interpretation under 35 USC §112, sixth paragraph because the phrase does not use the triggering “means for” language, the same phrase is recited in claim 11 and was not found to invoke §112, sixth paragraph, and the overall context of the claim provides sufficient structure to the phrase “digital processing unit”.

"The SAS decision played a significant role in Samsung Electronics America v Prisua Engineering, a precedential opinion issued by the Court of Appeals of the Federal Circuit."

The Federal Circuit also analysed the PTAB’s finding that claims 1 to 4 and 8 are indefinite because claim 1 recites an apparatus in the preamble, but the features of the apparatus are claimed using active phrases of a method. The PTAB pointed to precedent established in IPXL Holdings v Amazon.com that this type of claim structure renders the claims indefinite for determining when infringement occurs (430 F.3d 1377, 1384 [Fed. Cir. 2005]).

Therefore, the PTAB concluded that it could not apply the prior art to claims that are indefinite. Referring to case law that held claims invalid for both indefiniteness and obviousness, the Federal Circuit held that the PTAB should have completed analysis of the claims regardless of whether the claims were interpreted as an apparatus or a method and remanded the case to the PTAB to apply the prior art to claims 1 to 4 and 8.

While this case was correctly decided based on the statutory authority granted to the PTAB, it highlights the probably unintended result that a patent that has, arguably, indefinite claims is still valid and enforceable. However, on remand, it is possible that the claims will be held invalid once the PTAB applies the prior art to the claims.

In order to have the claims invalidated as being indefinite, Samsung could have pursued an alternative forum. For instance, Samsung could have filed a petition for ex parte re-examination (35 USC §302-307; MPEP §2209). Ex parte re-examination requires a “substantial new question of patentability”, which is a higher standard for the petitioner to meet than in an IPR proceeding.

Samsung also could have raised the issue of indefiniteness during the concurrent district court litigation as a defence that the patent is invalid. Samsung could not have filed a petition for post-grant review because the ‘591 patent was issued before the America Invents Act took effect. Post-grant review does allow a petitioner to challenge a patent on indefiniteness issues, but the petition must be filed within nine months after the patent issues (35 USC §321[c]).

In conclusion, the PTAB cannot exceed its statutorily granted authority by sua sponte determining that the challenged claims are indefinite. Independent of the indefiniteness of the claims, the PTAB must apply the prior art to the claims. Petitioners that attempt to take advantage of a situation in which the PTAB raises an indefiniteness challenge to the claims will likely fail in seeking to have the claims cancelled.

Hailey R Bureau is a registered patent agent at Birch, Stewart, Kolasch & Birch. She can be contacted at: hailey.r.bureau@bskb.com

Chad M Rink is a partner at Birch, Stewart, Kolasch & Birch. He can be contacted at: chad.m.rink@bskb.com