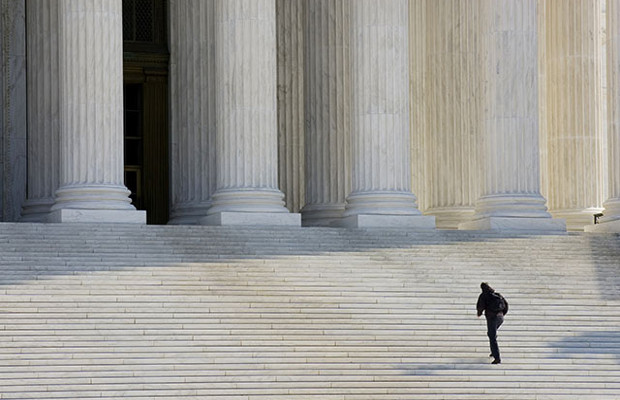 A US Supreme Court ruling has changed the landscape for determining damages in cases of wilful patent infringement, as Michael Mutter and Shawn Hamidinia of Birch Stewart Kolasch Birch explain in the first edition of a two-part series.

Enhanced damages for wilful patent infringement have historical roots that span 180 years (the US Patent Act of 1836). In the Patent Act of 1952, Congress enacted §284, which states that courts “may increase the damages up to three times the amount found or assessed”. The plain meaning of §284 provides discretion to district courts to assess up to triple damages. This section also provides that judges “may receive expert testimony as an aid to the determination of damages or of what royalty would be reasonable under the circumstances”.

Before the US Court of Appeals for the Federal Circuit’s 2007 ruling in the case In re Seagate Technology, enhanced damages awards were imposed by district courts for wilful or bad-faith infringement to punish the infringer based on discretionary equitable principles.

In Seagate the Federal Circuit restricted district courts’ discretionary power by adopting a two-part test to establish wilful infringement. The first step required a patentee to prove by “clear and convincing evidence” that the infringer acted despite an objectively high likelihood that its actions constituted infringement of a valid patent. Therefore, an “objectively reasonable” defence to an infringement suit, even if developed after knowledge of the patent and adoption of the infringing conduct, was sufficient to satisfy the first step.

The second step, addressed only after the first was established, required the patentee to demonstrate by clear and convincing evidence that the risk of infringement “was either known or so obvious that it should have been known to the accused infringer”. District courts could proceed to exercise discretion to award enhanced damages only when both steps were satisfied.

Under Seagate, an award of enhanced damages was subject to a three-pronged appellate review that often affirmed the district court’s finding in favour of non-wilfulness. The first step of Seagate—objective recklessness—was reviewed de novo. The second—subjective knowledge—was reviewed under a substantial evidence standard of review; and the ultimate decision of whether to award enhanced damages was reviewed for abuse of discretion. In the June 2016 case before the Supreme Court, Halo Electronics v Pulse Electronics, the Seagate framework was overturned.

In Halo, the court vacated and remanded two cases from the Federal Circuit that had found there was no wilful infringement by the accused infringers because their litigation defences were objectively reasonable. The Supreme Court employed a conservative reading of §284, granting district courts greater discretion to award enhanced damages in cases of wilful infringement.

The Supreme Court abrogated the Federal Circuit’s ruling in Seagate, holding that Seagate’s two-part test for awarding enhanced damages in cases of wilful infringement under the Patent Act was an inconsistent judicial interpretation of the legislation.

In addition to reversing the Federal Circuit’s two-part test, the Supreme Court lowered the evidentiary standard employed for proving cases of wilful infringement from “clear and convincing evidence” to “by the preponderance of the evidence”.

Last, the Supreme Court altered the three-way appellate review standard for cases where enhanced damages are awarded for wilful infringement.

Interpreting the legislation, the Supreme Court in Halo held that §284 “imposes no specific evidentiary burden”, especially not a high one”, as was imposed by Seagate. According to the Supreme Court, that Congress expressly established a higher standard of proof elsewhere in the Patent Act, eg, 35 USC §273(b), but not in §284, is telling. Because “patent infringement litigation has always been governed by a preponderance of the evidence standard”, the high court ruled that enhanced damages were no exception.

The court treated the inquiry under §284 as being a single act of a district court to determine whether, in its discretion, it would enhance the damages award. The court pointed to the word “may” in the text of §284 as providing simply that “the court may increase the damages up to three times the amount found or assessed”. According to the majority’s opinion, that language contains “no explicit limit or condition, and we have emphasised that the “word ‘may’ clearly connotes discretion”.

"The Seagate decision had a chilling effect on the imposition of enhanced damages by district courts, even when a jury had found that the infringer was probably a deliberate wrongdoer."

The court reasoned that the “objectively reasonable” prong of the Seagate test could exclude from discretionary punishment “many of the most culpable offenders, such as the ‘wanton and malicious pirate’ who intentionally infringes another’s patent—with no doubts about its validity or any notion of a defence—for no purpose other than to steal the patentee’s business”.

As it did elsewhere, here the court adopted a more traditional standard for awards of enhanced damages, observing that such damages “are not to be meted out in a typical infringement case, but are instead designed as a ‘punitive’ or ‘vindictive’ sanction for egregious infringement behaviour”.

This Supreme Court decision directs a new discretionary standard for awarding enhanced damages, imposing up to triple damages only in egregious cases of misconduct beyond typical infringement. Because the Seagate test was overturned, expect future applications of the statute to adopt a “subjective test” involving analysis of the accused infringer’s culpability as measured by what it knew at the time of the challenged conduct.

Wilful infringement determinations will probably have more factually specific outcomes, with the courts taking into account the particular circumstances of each case in deciding whether to award damages and in what amount.

Decisions to date have reversed and remanded lower court rulings due to the Supreme Court’s decision and a significant change in the rulings on this issue is expected in further decisions, which will probably result in an increased exposure for wilful infringers to liability of triple damages. We will explore these practical implications and strategies in part two.

Michael Mutter is a partner at Birch Stewart Kolasch Birch. He leads the firm’s electronics and IT patent department, where he focuses on licensing, litigation, dispute resolution, and portfolio management. Mutter has been lead counsel in inter partes proceedings, as well as litigation at the Federal Circuit. He can be contacted at: mkm@bskb.com

Shawn Hamidinia is an associate at Birch Stewart Kolasch Birch. He specialises in patent prosecution in the fields of chemistry and life sciences. Hamidinia has experience in the drafting and prosecution of patent applications in the areas of signal transduction, genomics, biotechnology, pharmaceutical chemistry, drug screening systems and inorganic chemistry. He can be contacted at: shawn.a.hamidinia@bskb.com