Good news, despite some gaps 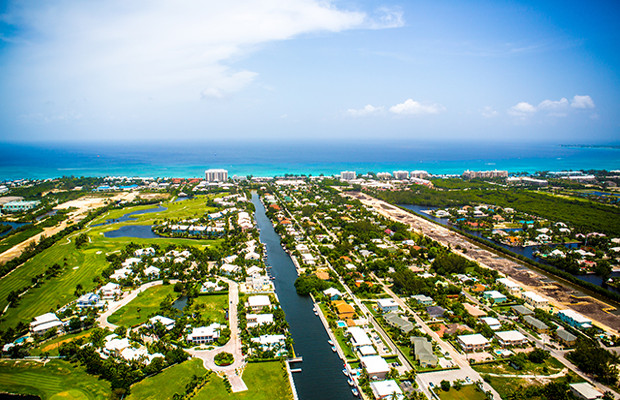 The Cayman Islands’ new trademark law, which came into effect in August 2017, has brought important positive changes, even if there were a few bumps in the road, as Sophie Davies of HSM explains.

On August 1, 2017 the Trade Marks Law, 2016 was implemented in the Cayman Islands. The new law is essentially a customised version of the UK’s Trade Marks Act 1994 and has made it possible for local and international brand owners to file standalone trademark applications before the Cayman Islands Intellectual Property Office (CIIPO) for the first time, without the need to first secure a UK or EU trademark (EUTM) registration. In cases where no office actions are handed down and no third party oppositions are filed, trademarks can be registered in as little as three to six months.

The trademark application process available under the new law has led to a significant reduction in official fees paid by brand owners at the initial filing stage since the cost of obtaining a UK or EUTM registration has been cut entirely, whereas local official filing fees for the first class have only slightly increased (due to extra publication costs), with reduced rates applying to each additional class (Table 1).

The new law has also provided for an absolute grounds examination process to ensure that the marks applied for meet international standards. Therefore, additional expenses have been incurred by proprietors in responding to office actions addressing absolute grounds issues (official fees for amending an application/specification are US$121.95).

The transition to the new law has also resulted in some gaps in trademark protection for proprietors of Cayman Islands trademarks secured under the repealed law but which could not be renewed under the new law.

We discuss key aspects of the application and examination process below, as well as CIIPO’s approach to registrations which expired under the repealed law

The following information is required to file a trademark application in the Cayman Islands: (a) a representation of the mark to be filed; (b) a specification of the goods and/or services; and (c) the applicant’s name, address and type (eg, person, registered company, LLC, partnership, etc).

It is also possible to include a description of the trademark (this may be beneficial if it is a wordless device) as well as any relevant limitations and/or disclaimers. Any marks comprising non-English words or non-Roman characters must be translated/transliterated. Coined words without meaning should be cited on the application form. Applications must be filed by a registered agent.

"The new law has also provided for an absolute grounds examination process to ensure that the marks applied for meet international standards."

The examiner endeavours to complete a preliminary examination of trademark applications within 14 days of receipt, after which a filing date is issued. Substantive examination is generally conducted within 30 to 60 days from the completion of the preliminary examination. If acceptable on absolute grounds, the application is then published in the IP Gazette for opposition purposes for a period of 60 days (the opposition period cannot be extended). Shortly after the end of the opposition period, assuming no oppositions are filed, the application proceeds to registration and a certificate of registration is issued.

The purpose of the search is to ascertain whether there are any existing registrations identical with the mark applied for, or so nearly resembling it so as to render the mark applied for likely to deceive or cause confusion in respect of the same goods or services. Where this appears to be the case, the applicant’s registered agent and the registered agent of the proprietor of the earlier registration will be notified.

During the first few weeks of implementation of the new law, CIIPO handed down a high volume of office actions, with a large number of objections raised concerning the wording of specifications. On August 21, 2017, CIIPO published Practice Direction No. 02/2017, which offered detailed helpful guidance on acceptable specifications.

CIIPO assured applicants that terms listed as being acceptable by the World Intellectual Property Organization (WIPO) in the Nice Classification alphabetical list would be accepted by CIIPO. If no reference to any such term is found in the WIPO database, CIIPO will then consult the EU IP Office (EUIPO) TMclass database, which lists terms accepted by the harmonised offices. Acceptable terms would also be accepted by CIIPO.

This has helped practitioners better advise clients and avoid specification objections, for the most part. However, where trademark applicants deviate from the expression of a given term within the Nice alphabetical list/EUIPO harmonised list, then office actions may still be handed down. Deviations may be required to accurately describe new forms of technology, for example, or in cases where the trademark applicant wishes to more clearly define the breadth of a specification in the hope of avoiding third-party oppositions.

Where office actions have been received in such cases it has so far been possible to overcome them through the presentation of arguments in favour of the specification as drafted and, in some circumstances, evidence.

l Class 40: Treatment of materials; and

l Class 45: Personal and social services rendered by others to meet the needs of individuals.

On July 28, 2017, CIIPO sent an email to registered agents concerning the Trade Marks (Transitional Provisions) Regulations, 2017, published on the same date. CIIPO stated in its email that “trademarks which have expired prior to 1 August 2017 would not be considered as transferred to the new register”. This led to some debate among practitioners.

Contrary to section 3(1) of the Transitional Regulations, which state [with our emphasis] that “From the commencement date, existing trademarks (which include “records of an extension to the Islands of a right in or to a trademark registered in the UK”) shall be considered as registered under the Law until the renewal date under the repealed provisions except where steps are taken, in accordance with the Law, to remove the trademark from the Register”.

Arguably, trademarks which expired before August 1, 2017 should have qualified as “existing trademarks”, since section 14 of the repealed law provided for the renewal of a Cayman Islands trademark at any time if the rights were first renewed in the UK or EU.

The fact that Cayman Islands renewal applications could not be made under the repealed law until the UK/EU trademark renewal had been completed meant that there were circumstances in which trademark proprietors wanted to renew in the Cayman Islands but could not do so before the implementation of the new law on August 1, 2017 simply because the UKIPO or EUIPO had not yet confirmed the renewal of the underlying registrations.

In such cases, proprietors lost their trademark rights in the Cayman Islands even though they had filed renewal applications in the UK or EU. Their only option was to re-file under the new law, losing their priority rights. It can only be concluded that an unintentional gap was left in the legislation, as the approach was inconsistent with the spirit of the new law, which allows for the late renewal and restoration of expired registrations at any time

The new law provides for a full local examination and opposition process, as well as modern trademark infringement provisions and remedies, including permanent or interim injunctions, delivery up, damages or an account of profits. To date the opposition process has not been tested to the best of our knowledge, but early issues with the specification examination process were promptly addressed by CIIPO.

While some proprietors were unable to renew trademarks existing under the repealed law due to circumstances outside their control due to a gap in the legislation, overall, the implementation of the new law has been effective and has resulted in a plethora of new filings from local and international brand owners alike.

Sophie Davies is an associate at HSM. She specialises in all aspects of IP protection, enforcement, and dispute resolution. Davies is a member of the Intellectual Property Caribbean Association, AIPLA and Marques. She can be contacted at: sdavies@hsmoffice.com