Geographical Indications: Hear From the Experts 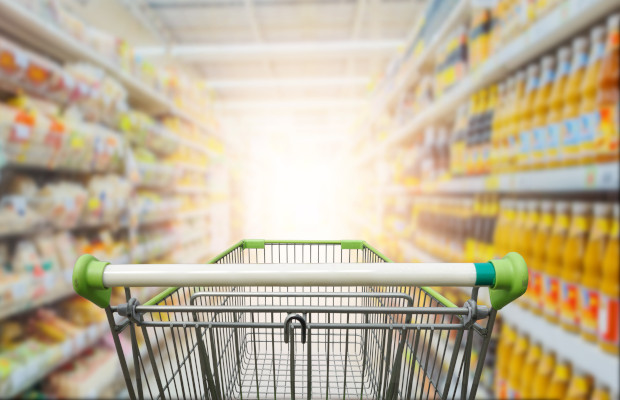 Geographical indications (GIs) protect things we all love—including food and drink—but upholding that protection is no easy feat. Aislinn Burton talks to four GI insiders, including several speaking on panels at the Annual Meeting, about the challenges in registering and enforcing GIs.

A geographical indication (GI) acts as a badge of trust, showing that a product meets certain standards or is produced in a certain region. But just as obtaining and registering a GI is no easy feat, protecting these rights against infringement presents a range of challenges.

Lindesay Low, Deputy Director Legal Affairs at Scotch Whisky Association (Scotland), who spoke during the 2018 Annual Meeting’s Session CSA23 Certifying Geographical Origin on Saturday, says that the United Kingdom’s upcoming departure from the European Union—known as Brexit— poses a big issue for GI-protected products in both the United Kingdom and the European Union. Currently, U.K. laws relating to GIs are based on EU instruments and the jurisprudence of the Court of Justice of the European Union, both of which will lapse after Brexit.

“U.K. GIs benefit from protection in third countries through trade agreements with the European Union, and we need to make sure this continues,” he adds.

Since the United Kingdom’s exit from the European Union jeopardizes the benefits of those trade agreements, Mr. Low says the Scotch Whisky Association has been “engaging closely” with the U.K. government and the European Commission to ensure they address issues such as this.

Trade agreements are also used in other parts of the world as a tool to secure GI protection. According to Dirk Troskie, Director Business Planning and Strategy at Western Cape Department of Agriculture (South Africa), an important development in South Africa centers on the Economic Participation Agreement (EPA) between the European Union and the South African Development Community (SADC), which was signed in 2016.The agreement by the European Union and six countries of the SADC (Botswana, Lesotho, Mozambique, Namibia, South Africa, and Swaziland) is intended to increase economic growth and encourage trade within and across the regions.

”It was the first time these six countries jointly entered into a free trade agreement with the European Union, and it was also the first time such an agreement contained a GI provision,” Mr. Troskie says.

As a result of an addendum to the 2016 agreement (Protocol 3 to the EPA), he explains, several South African GIs are now protected in the EU market, such as the Rooibos infusion and Paarl wine. In return, the agreement gave more than 250 EU products bearing GIs protection in South Africa.

Massimo Vittori, Managing Director at Organization for an International Geographical Indications Network [oriGIn] (Switzerland), who is a panelist at tomorrow’s Session CM50 Geographical Indications in the Domain Name Space, believes that bilateral/multilateral trade agreements can be particularly important for protecting GIs across jurisdictions.

“Modern free trade agreements generally have a chapter on IP and GIs which provides for the recognition and protection of a list of GIs in the relevant jurisdictions,” he explains.

However, Mr. Vittori says that, although these agreements are generally positive, different rules in regional or bilateral agreements related to the recognition and protection of GIs can make it problematic to reconcile at the multilateral level and be burdensome for businesses.

"Through bilateral agreements, governments are trying to ensure that protection for GIs is available in more countries."

Mr. Vittori agrees that policy makers and associations play a part in arranging and orchestrating the level and form of protection for GIs overseas.

“Through bilateral agreements, governments are trying to ensure that protection for GIs is available in more countries,” he says.

When it comes to protection, Mr. Low says it’s important not to confuse the GI right itself with the method used to protect it: registering the right is the primary task.

“Scotch whisky is registered as a GI in Canada, a certification mark in Australia, a collective mark in China, and in the United States we rely on federal regulations and the Lanham Act,” Mr. Low explains.

“In order to preserve the reputation of GIs, producers must hold themselves to exacting standards,” he says, adding that the Scotch Whisky Association often simultaneously deals with more than 50 civil cases, several hundred trademark oppositions, and numerous administrative complaints and investigations.

Mr. Troskie agrees that GI owners should apply for protection across other jurisdictions, although he notes that there is limited practical support available to those trying to develop a GI. The Western Cape Department of Agriculture, for one, seeks to help producers with the development of individual product descriptions and the application process relating to acquiring GI protection, he says.

Mr. Kole has found that developing protective marketing strategies that link back to the product’s origins is an effective way to inform consumers that a product is genuine, authentic, and predicated on cultural heritage, but he acknowledges that the “cost, time, and effort” required to execute a marketing strategy on a large scale can be a problem for some brands.

If consumer demand for GI-infringing products decreases, so will the supply, suggests Mr. Low. “I don’t believe that consumers buy fake food and drink on purpose,” he says.

In terms of governments’ role in enforcement, Mr. Kole says governments should encourage stakeholders to resolve differences in a fair, honest, and equitable way. He adds that governments are responsible for creating public policy related to trademarks and GIs, “so they should create a legal framework to protect against infringement in a cost-effective way.”

On the other hand, he believes that governments can, on occasion, be a hindrance for GI owners, as “there are always competing forces in the context of public policy.” As such, it’s important for brands to have the means and ability to protect their identities independently, Mr. Kole concludes.

INTA adopted a Board resolution on the protection of GIs and trademarks on September 24, 1997. For more information on INTA’s activities related to GIs, see the dedicated topic portal at https://www.inta.org/Advocacy/Pages/GeographicalIndications.aspx.

Learn more about these issues in Session CM50 Geographical Indications in the Domain Name Space on Monday from 3:30 pm to 4:45 pm.