France jurisdiction report: What happens after a ‘no-deal’ Brexit 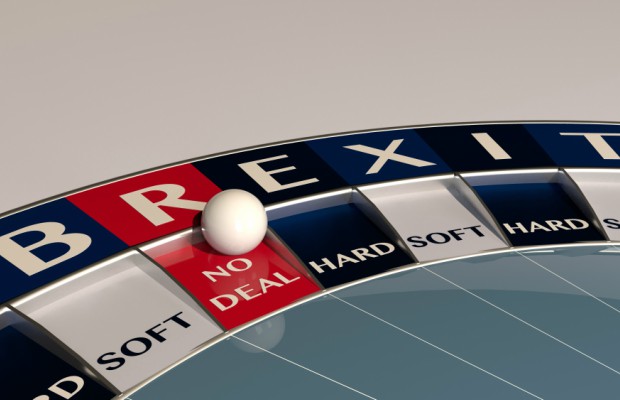 We all know that departure of the UK from the EU is scheduled to take place now on April 12 2019, in the absence of any agreement or decision to the contrary.

The latest version of the draft Withdrawal Agreement negotiated between the UK and the European Commission, and published on November 14, 2018, was rejected by British MPs, but those same MPs also voted against leaving the EU without any agreement.

Today, nobody knows if the UK will leave the EU without any agreement with the EU or if eventually the agreement will be accepted by MPs.

"Continuity of existing EU rights via the Madrid trademark system and the Hague system for designs is expected."

This Agreement ensures the continuity of registered rights, without review, for European trademarks and designs and also for European rights obtained through the Madrid and the Hague systems and transitional dispositions were also provided for applications that are currently in progress.

However, because there is still no decision taken, it is important to consider the hypothesis of a ‘no-deal Brexit’ as from the day after the exit day, EU law may no longer apply automatically in the UK.

A withdrawal without agreement will mean from the point of view of industrial property rights that the UK will find itself in the situation of a third country to the EU and conversely for the EU. However, any European directive governing IP rights that has already been incorporated into UK national law will remain so until there is a further national legislative change. From this point of view, it should be noted that the dispositions of the 2015 Trade Marks Directive have been incorporated by the UK. However, future European directives and regulations will have no effect in the UK. In addition, various drafts of texts that are likely to modify the corpus of community law currently integrated into UK law have already been submitted to the British Parliament.

‘No-deal Brexit’ will have an impact on all European IP rights including EU domain names, on the regulation on Customs 608/2013, as well as the very advanced project on the unitary patent and the unitary jurisdiction that accompanies it.

A limited number of documents anticipating this situation have already been published, notably for trademarks and designs.

In case of ‘no-deal Brexit’, after the exit day, any new trademark or design application in the UK will have to be filed nationally and will be examined in accordance with the provisions of the current UK law.

Any registered European trademark or design will be converted in the UK into a “comparable” national title without any particular formality.

Rights’ owners who do not want conversion will be allowed to opt out.

For European pending applications, a period of nine months from the date of withdrawal will be granted to file an application for national protection in the UK, noting that the filing date of the European application, priority date included, will be conserved.

European trademarks and designs will benefit from a grace period for renewal in the UK after exit day.

Unregistered European designs will be protected if they have been disclosed in the UK by exit day, by an equivalent nationally created right to be adopted soon.

Continuity of existing EU rights via the Madrid trademark system and the Hague system for designs is expected.

The UK will continue to apply exhaustion of rights at the level of the European Economic Area. Local confirmation of EU customs requests will be necessary.

However, the provisions outlined above remain conditional as a significant number of the texts are still under study by the UK Parliament.

It is therefore advisable to proceed before exit day with the renewal of all EU trademarks or designs that can be renewed, without waiting for the renewal deadline. It is also important to prepare customs seizure documentation to be filed in the UK, to compensate for the absence of this territory in European applications filed before the UK leaves.

Lastly, it is important to revise contracts which have not anticipated the situation of Brexit, if this has not already been done. Finally, representation before the European Union Intellectual Property Office by British firms or attorneys with no official representation in a member state of the EU will no longer be possible.