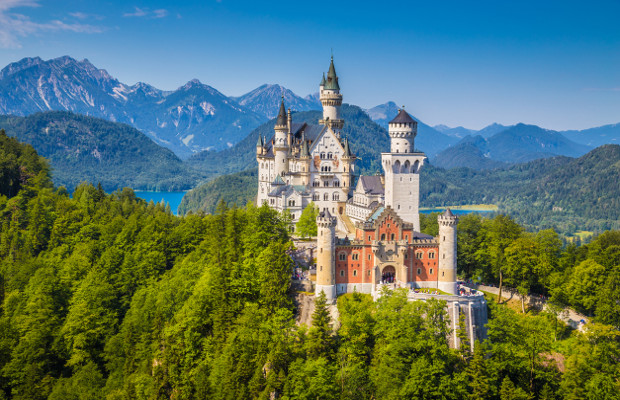 Can the name ‘Neuschwanstein’ work as a trademark or is it an indication of geographical origin?

The Bundesverband Souvenir Geschenke Ehrenpreise (the Federal Association of Souvenir Gifts) filed a request for invalidity of this registration, and during the procedure, the question arose of whether such a name was descriptive of the geographical origin of the goods and services. The trademark was filed for a large list of everyday goods, sold as souvenirs.

In view of the subsequent refusal of the EUIPO authorities to cancel this mark, confirmed by the EU General Court, the association brought the case before the Court of Justice of the European Union (CJEU).

In a judgment dated September 6, 2018 (C-488/16), the CJEU confirmed these previous decisions (T-167/15 and R 28/2014). Thus, according to the court, this trademark is not an indication of the geographical origin of the goods and services it covers, since the place it designates is not that of the production of the goods nor of the provision of the services designated.

"This place of marketing cannot be considered a description of an essential quality or characteristic in the eyes of the relevant public."

The court stated that the fact that the products concerned, namely products for everyday consumption, sold as souvenirs with the name of the castle affixed, does not make that name an essential and descriptive characteristic of those products (paragraphs 45 and 46).

Moreover, the mere fact that these products and services are offered in a given place, in this case the Neuschwanstein Castle, cannot mean that the name of that place designates characteristics, qualities or particularities specific to and linked to the geographical origin of those products and services. These qualities or particularities are indeed attached to crafts, tradition or climate.

Moreover, Neuschwanstein Castle is known not for keepsakes but for its singular architecture and, in fact, this place of marketing cannot be considered a description of an essential quality or characteristic in the eyes of the relevant public knowing, moreover, that these souvenirs are also sold beyond the surroundings of the castle (paragraphs 51 and 52).

Neuschwanstein is a fancy name that allows the relevant public, through its affixing, to distinguish the designated goods and services from those sold or provided in other tourist or commercial areas (paragraph 69).

The association, which claimed previous use of the same name, also alleged, in support of its claim for invalidity of the trademark ‘Neuschwanstein’, the state’s bad faith at the time of filing, which is a cause of absolute invalidity. It thus blamed the court for having rejected this request when the State of Bavaria was aware of the association’s use at the time of filing. The General Court had eventually considered that the state had pursued a legitimate objective of conserving and preserving a museum site.

The CJEU noted in this regard that the association has made an incorrect analysis of the Lindt case (C-529/07) in its arguments. In that case, the court had decided that an applicant who makes a filing knowing of the marketing by a third party of an identical or similar sign could nevertheless pursue a legitimate objective (paragraph 83). It will be recalled that Lindt had undertaken the filing in question to counter a third party, a recent player on the market, which was copying its products’ packaging presentation.

In conclusion, the State of Bavaria can keep the ownership of this trademark ‘Neuschwanstein’ and can still validly use and license it for the selling of keepsakes in relation with the famous castle.