France jurisdiction report: Expressing a link to the land 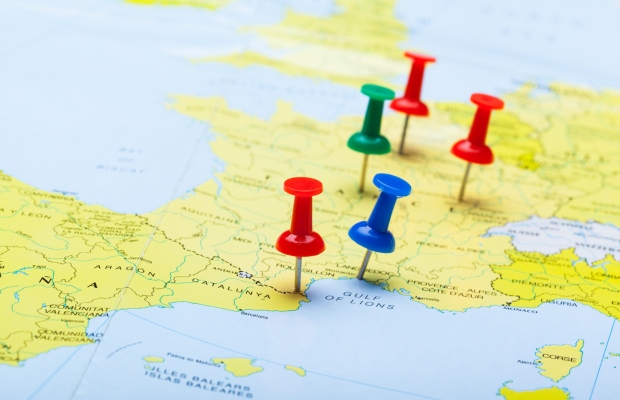 To date, 12 geographical indications (GIs) have been approved by the French IP office (INPI), with two new applications for registration: “couteau de Laguiole” and “poteries d’Alsace”, for which public inquiries for the registration of GIs have just been opened.

A GI is a distinctive sign. It assures the consumer characteristics attributable to that geographical origin, which is a guarantee of the quality and authenticity of the product. It makes it possible to link a product to its origin. Its purpose is to protect pre-existing know-how and production.

These regulations have replaced national regulations, the Court of Justice of the European Union (CJEU) having affirmed in the decision Budějovický Budvar (CJEU, 8 September 2009 C 478/07) that the purpose of the European regulation was not “to establish, alongside national rules which may continue to exist, an additional system of protection for qualified GIs … but to provide a uniform and exhaustive system of protection for such indications”.

At the French national level, only the IGPIA remains, which is not subject to European regulations. In French law, an IGPIA is defined in article L.721-2 of the IP Code as “the name of a geographical area or a specific place used to designate a product—other than agricultural, forestry, food or seafood products—which originates from such area and which possesses a given quality, a reputation or other characteristics attributable mainly to this geographical origin”.

This category of GI was created by the so-called ‘loi Hamon’ of March 17, 2014. Previously only natural, agricultural and wine products could benefit from the national protection conferred on GIs.

The establishment of this specific GI dedicated to manufactured products and natural resources is intended for companies to promote their products and their know-how, especially for export, and to protect themselves against the misuse of geographical names.

The IGPIA is subject to a special approval procedure provided for in article L.721-3 of the French IP Code. Contrary to the other official signs of quality and origin, all administered by the National Institute of Origin and Quality, it is the INPI that rules these particular appellations.

“Once the GI has been approved, the concerned products, which comply with the specifications attached to the indication, may be marked with the name of this indication.” - Aurélia Marie

Once the GI has been approved, the concerned products, which comply with the specifications attached to the indication, may be marked with the name of this indication. IGPIAs are also referenced in a database of their own, freely accessible on the INPI website.

In addition, article L.722.1 of the French IP Code provides that any violation of an IGPIA constitutes counterfeiting. It is therefore prohibited to “produce, offer, sell, place on the market, import, export, tranship, use or hold for these purposes goods whose presentation infringes or is likely to infringe a GI”.

An order made in November 2019, which transposed the 2015 Trademark directive 2025/2436 of December 16, 2015, incorporated into French law absolute and relative grounds for refusal or cancellation of trademarks infringing GIs for manufactured products and, more broadly, official signs of quality and origin.

IGPIAs therefore now constitute, together with the new article L. 711-2 (9°) of the French IP Code, an absolute ground for the cancellation or refusal of a trademark. The INPI will have the possibility to refuse a trademark registration if it infringes a GI taken in its broadest sense.

The INPI could previously only refuse the registration of a trademark if it were “of such a nature as to deceive the public as to the nature, quality or geographical origin of the product or service”.

As far as relative grounds are concerned, the IGPIA has been added to the list of prior rights that may allow the cancellation of a registered trademark or the refusal of an application for registration. This provision, which can be found at 5° of article L.711-3 of the IP Code, had already been introduced into the IP Code by the loi Hamon.

Since the entry into force of the order, IGPIAs have been now included in the list of prior rights that can be invoked in the new opposition procedure (article L.712-4 of the IP Code).

Getting in first: preliminary injunctions in France
01-12-2012