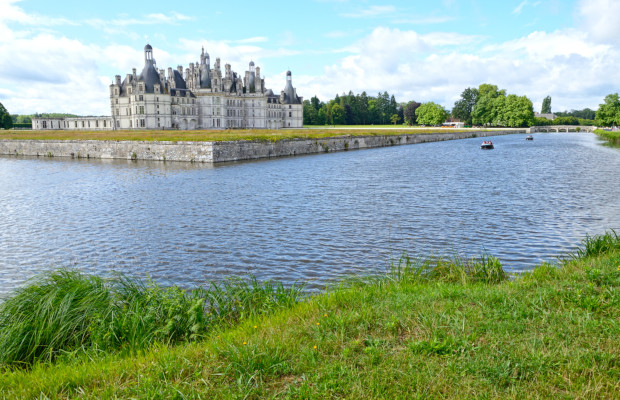 Can an image of a castle belonging to the French public domain be reproduced for commercial use without financial compensation to, or authorisation from, the public institution in charge of the Chambord Estate, in the Loire Valley?

The Conseil d’État (Council of the State) ruled on this issue, in a decision of April 13, 2018, related to photographs of the Chambord Castle used by Kronenbourg Brewery in the context of an advertising campaign for one of its beers.

Courts had previously decided that the commercial exploitation of a photograph of a private building was allowed without prior authorisation or any financial compensation, unless the photo caused abnormal disturbance to the building’s owner or if the owner has copyright on that building.

The Conseil d’État adopted the same position and rejected the appeal filed by the public authority of the Chambord Estate against the decision of the administrative Court of Appeal of Nantes of December 16, 2015.

It also underlined that, in the absence of a specific legal provision, the administrative authority could not submit the commercial use of a picture of a building belonging to the public domain to a prior authorisation system without restraining the freedom of entrepreneurship.

"Prior authorisation and potential financial compensation are now the rule for such buildings."

It should however be kept in mind that this decision was decided on facts pertaining prior to Law No. 2016-925 of July 7, 2016, relating to freedom of creation, architecture and heritage.

A subsequent law has set up a specific system for image rights of goods categorised as being in the “national domain”. A first list of six monuments and estates, including their perimeter, that are eligible in this category because of their special link with national history was submitted by the Ministry of Culture and Communication and validated by the Historical Monuments National Commission.

They are: the Chambord Estate, the Castle of Angers, the Palais du Rhin in Strasbourg, the Estate of Pau, the Louvre and Tuileries Estates in Paris (1st), and the Palais de l’Elysée in Paris (8th). This list is subject to Decree No. 2017-720 of May 2, 2017.

Furthermore, in application of article L. 621-42 of the Heritage Code, the use for commercial purposes of a building’s image which is part of the national domain is submitted to a prior authorisation from the administrator of the part of the national domain concerned. This authorisation can be achieved by a unilateral act or a contract, with or without financial conditions.

The Code says that the royalty takes into account any benefit of any nature obtained by the owner of the authorisation.

The authorisation mentioned in the first paragraph is not required when the image is used in the context of the performance of public service tasks or for cultural, artistic, pedagogic, education, research, information or news illustration purposes, the Code adds.
Consequently, prior authorisation and potential financial compensation are now the rule for such buildings.

Questioned through a Priority Constitutional Question, the Conseil Constitutionnel (Constitutional Council) considered in February 2018 that those provisions will not lead to a disproportionate situation in view of the aims of the general interest attached to the protection of the image of the national domains which present an exceptional link with national history, on the one hand, and to the economic value of the heritage constituted by national domains on the other hand.

However, the law specifies that the prior authorisation of the national domain administrator is not required when the image is used for a commercial purpose but also pursues a cultural, artistic, pedagogic, educational, research, information, or news illustrations purpose or is linked to a public service task.

A decree for the implementation of the law should be adopted by the government in the near future. Notably, it will provide details on the concept of “commercial purpose”.