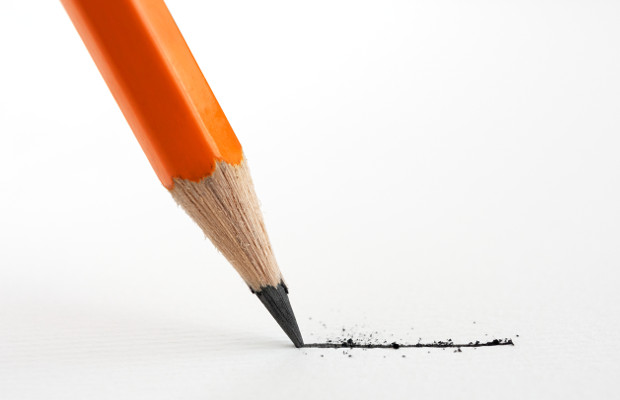 Is Adidas blurring the lines of trademark protection in its quest to enforce its three stripes? Eric Fingerhut and Scott Yackey of Dykema investigate.

Adidas, known for its shoes and sportswear bearing three white stripes, is a prolific enforcer of its valuable brand, suing and opposing competitors and non-competitors alike. Adidas is vigilant in ensuring that uses of two, three or four stripes by others—even where such uses are arguably non-confusing—do not lessen the ability of its three stripe marks to identify and distinguish its goods.

Adidas has shown that the claim of dilution is a powerful tool available to owners of famous trademarks in the US to ensure that the strong identification value of their famous trademarks is not whittled away or gradually attenuated as a result of use by others.

Specifically, the Trademark Dilution Revision Act 2006 and its predecessor, the Federal Dilution Trademark Act 1995, provides owners of famous trademarks a cause of action against any person who, at any time after a mark has become famous, uses the famous mark or trade name in commerce in a way that is likely to cause dilution by blurring or tarnishment of the famous mark.

Unlike in typical trademark infringement actions, even if there is a total lack of likely or actual confusion, competition or actual economic injury, a famous trademark owner can still succeed on a dilution claim. As a result, the dilution cause of action allows a trademark owner to effectively expand the scope of trademark protection beyond the goods or services identified in its registrations. That is, “trademark dilution gives broader rights to a few famous mark owners to prevent even non-confusing uses in order to protect the uniqueness of their marks against blurring”, as according to the 2008 paper The Trademark Use Requirement in Dilution Cases.

This broader right is tempered, however, by the law’s strict requirement on what constitutes a famous mark. In the US, a trademark is considered famous if it is widely recognised by the general consuming public as a designation of source of the goods or services of the mark’s owner.

This high bar of fame is intended to reject dilution claims based on niche fame, ie, fame limited to a particular channel of trade, segment of industry or service, or geographic region. As such, trademark dilution claims should be restricted to the few truly famous marks such as that of Budweiser beer.

Because of the extraordinary scope of exclusive rights provided under the dilution cause of action such that they are close to being rights in gross, protection against dilution is reserved for those whose mark is a ‘household name’.

In evaluating whether a mark is truly famous, courts may consider all relevant factors, including (i) the duration, extent, and geographic reach of advertising and publicity of the mark, whether advertised or publicised by the owner or third parties; (ii) the amount, volume, and geographic extent of sales of goods or services offered under the mark; (iii) the extent of actual recognition of the mark; and (iv) whether the mark was registered or on the principal register.

Adidas believes its three stripes mark meets these factors and is truly a household name. It has filed at least 17 trademark lawsuits in US federal district courts since 2001 and over 125 opposition proceedings at the Trademark Trial and Appeal Board since 2016, asserting claims of trademark dilution against competitors and non-competitors alike. Any entity using or attempting to use stripes as part of a design or trademark faces a potential, and likely successful, attack by Adidas.

In 2008, a jury awarded Adidas over $300 million in damages in its trademark infringement and dilution suit against Payless ShoeSource, which sold shoes bearing two and four stripes. Payless argued in post-trial motions that its subjective intent to use stripes as mere decoration, rather than as a trademark, should control whether such use is actionable dilution. The court denied Payless’s post-trial motions, finding that Payless’s “subjective intent” argument was supported by neither the case law nor the policy underlying federal dilution law.

The court emphasised that the critical issue is not whether Payless had or had not “put a nickel into promoting the stripes as its own trademark,” but rather “whether consumers perceive Payless’s use of two and four stripes as a trademark so that the value of the mark to Adidas is diluted”. In all probability bolstered by this favourable jury award and court finding, Adidas has filed seven suits claiming dilution since 2008.

Some, however, are attempting to hold the line against Adidas. On March 3, 2017, deciding that “enough was enough” and calling Adidas “a bully”, fashion retailer Forever 21 filed a declaratory judgment action in the Central District of California against Adidas asserting that it was “tired of operating with a cloud over its head with regard to its right to design and sell clothing items bearing ornamental/decorative stripes, and is unwilling to stop doing something it has every right to do”.

Similar to Payless before it, Forever 21 asserted that Adidas has gone too far by attacking stripes that are “merely ornamental and decorative”. Four days later, Adidas filed suit against Forever 21 in the District of Oregon asserting that Forever 21’s use of two, three and four stripe design elements on various footwear and apparel items diluted Adidas’s famous three stripes marks. By agreement with Adidas, Forever 21 voluntarily dismissed its Central District of California suit and pursued declaratory judgment of non-dilution as a counterclaim in the District of Oregon case. Following multiple amended complaints and answers, this case is still pending.

Adidas’s aggressive litigation raises the question: in its quest to protect its three stripe marks, is Adidas blurring the lines of trademark protection by stretching dilution claims to stifle “speech that serves both competition-oriented and First Amendment values” (The Trademark Use Requirement in Dilution Cases)?

Whatever the answer, Adidas’s effective litigation and cancellation campaigns provide a guide to other famous trademark owners of the benefits of asserting claims of trademark dilution.

Eric Fingerhut is a member at Dykema. He can be contacted at: efingerhut@dykema.com

Scott Yackey is an associate at Dykema. He can be contacted at: syackey@dykema.com