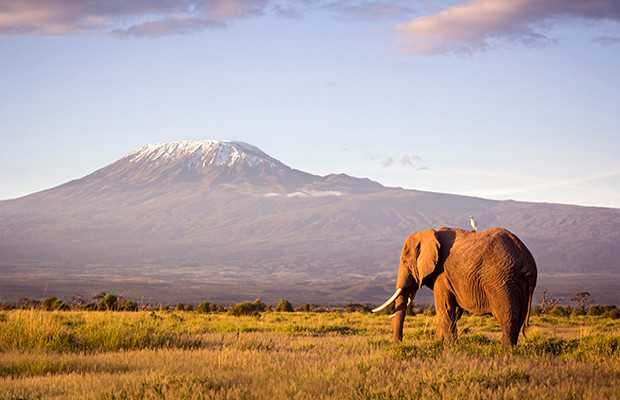 Africa’s IP systems may be more similar to those of Europe than IP owners realise, making it easier for companies looking to invest in the region, says João Francisco Sá of Inventa International.

According to Eurostat, the EU’s statistical office, exports from the 28 countries of EU (EU-28) to Africa reached a peak of €154 billion ($182 billion) in 2015, turning into a trade balance surplus, following a decline in the value of imported energy products. Deemed a sleeping giant of the world economy with constant GDP growth, Africa accounted for a 3% share of the world GDP in 2015, compared to 2.1% in 2005, and European companies are starting to become increasingly aware of the potential of investing in Africa.

Data shows that the world economic crisis impacted the exports and imports between the EU-28 and Africa. Between 2003 and 2008 there was a staggering increase of EU-28 exports by 71%, which again picked up at a steady rate between 2009 and 2015; after the stumble in 2008, pre-crisis values were left behind in 2012.

International trade goes hand in hand with IP, preparing and easing the international expansion of companies and strengthening their local competitiveness. Unfortunately, most European companies look at IP protection in Africa as murky and unenforceable, but if applicants understand key aspects of African IP management, the situation becomes much simpler.

Europeans will find African IP laws very familiar. Many countries have retained the legal systems from their former European colonial governors such as France, the UK and Portugal. Even when countries have mixed systems that combine civil or common law with customary law, they do not often come into play with regard to IP legislation.

Another important aspect of IP protection in Africa is related to IP rights applications. Many companies overlook preventive filings, which should be deemed a first necessity as many countries are first-to-file jurisdictions and protection depends on successful applications. Although many countries belong to the Paris Union and protection for well-known trademarks is in place, not many companies actually achieve the required widespread recognition.

"66% of all African countries belong to the Madrid Protocol, which provides a streamlined, financially viable and familiar way of filing trademark applications in Africa."

While countries that do not rely on a common law first-to-use system still have open provisions such as unfair competition that allow the protection of unregistered marks, the burden of proof might be an obstacle to a more satisfactory standard of protection. The uncertainties in the interpretation of such provisions just go to reinforce the need for filing applications before problems arise.

Filing applications also reduces future enforcement costs. Trademark squatting is still a common occurrence in several African countries. However, many local IP offices conduct substantive examinations before registration, searching for previous marks that might bar the registration of squatters or confusingly similar marks. If companies have not filed prior applications, the IP offices will not have a legal basis to reject squatting applications, which again goes to show the importance of not overlooking preventive action with regard to African IP portfolio management. Actions against counterfeiting are also dependent on successfully registered IP.

In this sense, applicants and IP attorneys should take full advantage of the Madrid Protocol. If we include the Organisation Africaine de la Propriété Intellectuelle (OAPI), 66% of all African countries belong to the Madrid Protocol, which provides a streamlined, financially viable and familiar way of filing trademark applications in Africa.

When the international route is not feasible, companies should not hold back from using national and regional routes for IP protection.

Apart from some exceptional cases where no IP offices are in place, such as Somalia, local offices are very capable of handling IP applications. Some offices, such as those of Angola, Nigeria and South Africa, have large backlogs and may take two to three years to issue trademark registrations. In these countries, applicants might want to start application proceedings sooner even if provisional protection is in place from the date of application. However, many other countries such as Kenya and Uganda provide faster registration procedures, taking between five and ten months, which is in line with many European IP offices.

OAPI is one of two major regional organisations that handle the granting of supranational IP, the other being the African Regional Intellectual Property Organization (ARIPO).

In one fundamental aspect, OAPI resembles more closely the practice of the European Union Intellectual Property Office. OAPI registrations automatically cover all of its 17 member states, similar to the automatic protection conferred by EU trademarks (EUTMs) or registered Community designs (RCDs) in all 28 member states, without the need for designations or re-registrations. However, EUTMS and RCDs coexist with national EU registrations, which is not the case of OAPI registrations considering that its member states do not have national IP offices and in this sense the application system is less complex.

The granting process is also similar, taking into account that the offices do not reject applications based on prior trademarks on their own initiative (the EUIPO does notify proprietors of previous trademarks).

There are some noteworthy differences. OAPI trademarks are potentially registered faster (up to two months), but the opposition period only starts after grant and lasts for six months. In comparison, an EUTM takes about seven months from application to grant, including a three-month opposition period. Both regional trademarks are granted and renewable for periods of ten years from the application date. Cancellation for non-use of the trademark is possible in both regional systems within five years, although its interpretation varies.

Regarding infringement actions of OAPI and EUTMs, both systems allow for actions to be brought to national courts, but the EU provides a more robust regional system, with EU trademark courts in its member states having exclusive jurisdiction. This permits national courts to make references on points of law to the Court of Justice of the European Union. Additionally, there are doubts regarding the enforceability of international trademarks that designate OAPI, taking into account that, contrary to the EU, OAPI does not have legal personality to ratify international treaties.

The second African regional system that applicants should be aware of is ARIPO, which has many notable differences from the European IP practice and from most other regional IP systems worldwide.

ARIPO was created by the Lusaka Agreement (1976), which does not create a uniform IP code as OAPI does. Member countries might wish to join related treaties under the auspices of ARIPO, such as the Harare Protocol on Patents (1982) and the Banjul Protocol on Marks (1993).

ARIPO provides asymmetric protection, taking into account that it is possible to designate only a few of its member states. Applicants have to choose in which countries they wish to protect their IP. For trademarks, ARIPO provides a centralised application mechanism, checking formalities, but giving member states’ IP offices a deadline by which they will have to reply justifying whether the trademark should be granted in its territory, in accordance to their national laws.

The granting procedure is thus more complex, taking approximately one year, including a three-month opposition deadline window, but also taking into account that regional trademarks might have to coexist with national or international trademarks. Trademarks are granted and renewable from ten years from application date. Use requirements are dependent on national laws.

The biggest inconvenience with ARIPO is that only Botswana, Zimbabwe and Liberia have enacted implementing national legislation to govern ARIPO trademarks, which makes enforcement dubious in regards to the remaining countries as such incorporation is required by common law countries. On the other hand, the system of protection of patents in ARIPO has been subject to incorporation by its member states and is thus robust.

As the African economy gains traction, we have witnessed a growing interest among European companies in investing there. The necessity of protecting their IP in Africa increases but taking into account the legal similarities between the two regions and the regional agreements that ease the internationalisation process, filing for IP protection in Africa is not a cumbersome process. Applicants should be comfortable to act preventively, while also being aware of key local idiosyncrasies.