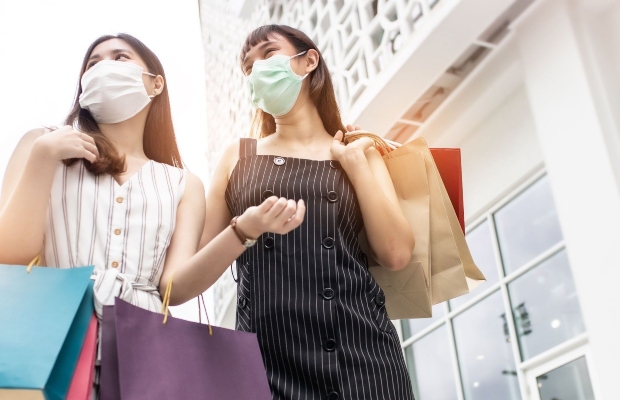 This is the first time that the CNIPA has released guiding cases, including three trademark cases, an invention case and a case relating to integrated circuit layout design.

The article analyses the three trademark cases to assist trademark owners and professionals in understanding and benefiting from new trends.

Case 1: Infringing use of a trademark in online advertisement of keyword search

This case is about online advertisement. Dun & Bradstreet owns the trademarks ‘Duns’ in English and Chinese, registered in China.

Shanghai Zhangyuan, without extended authorisation after expiration of the licence, continued to advertise its services through the search engine Baidu with the keyword ‘Duns’, confusingly indicating its connection with the trademark owner.

By March 2019, when a complaint was filed, eight companies had been misled by the infringer and paid CNY179,910 ($27,813). The AMR ordered the infringer to stop infringement and imposed a triple fine of CNY539,730. Through this case, the CNIPA confirms that keywords advertisements on search engines may constitute trademark use, and accordingly, trademark infringement.

The case is about exemption of sellers’ liability of infringement. When inspecting the market on January 9, 2018, the Beijing AMR noted that the dealer HongYuanLiDe was selling sports shoes infringing registered trademarks belonging to Asics. The dealer’s turnover added up to more than CNY11 million.

The dealer stated that it purchased the shoes from the supplier Quanzhou AiShiKeShi and was unaware of Asics’ marks.

An investigation revealed that the dealer was associated with the supplier as their shareholders cross-held positions in the respective companies. The supplier had applied for similar trademarks which had been rejected. The association and unsuccessful filing history prove the dealer’s corresponding prior knowledge and willful infringement.

The AMR confiscated the infringing shoes on stock, ordered the dealer to stop infringement, and imposed a quintuple fine of more than CNY55 million, a record high.

The case is about a contractor’s trademark infringement. In June 2019, the Hubei AMR found out that a contractor had been using legitimate goods, but later purchased from a suspicious salesperson 60 waterproof rolls infringing a registered trademark.

The rolls were just purchased and had not been put into use and the contractor had not arranged payment of CNY22,800. During the AMR’s investigation, the contractor transferred and replaced the 60 rolls, trying to avoid punishment.

”The AMR is China’s unique administrative organ to enforce IP, with a staff of about half a million spread out all over the country in more than 2,000 offices.” - Haoyu Feng, Chofn IP

The three trademark-related guiding cases have explicitly categorised the three types of trademark use as infringement and will help the AMRs nationwide to punish similar infringement more consistently and efficiently.

The guiding cases were released by the CNIPA and binding on all AMRs, but they were not binding on the customs, or the Public Security Bureaus (PSBs, ie, the police), or the courts. However, as the CNIPA has absorbed the other authorities’ opinions in the relevant precedents and judicial interpretation, and the guidance contains the wisdom of almost all the Chinese trademark-enforcing authorities and courts, these guiding cases can be helpful for the different authorities and courts to determine trademark infringement in a more consistent and harmonised manner in both administrative and judicial cases and make the results more predictable.

The CNIPA has not officially released administrative cases of IP enforcement and this is a good start. We can expect that as time goes on, the CNIPA will release more guiding cases to clear ambiguities and improve enforcement of intellectual property.

In mainland China, in addition to judicial enforcement, it is also possible to enforce IP rights through the administrative organs, namely the customs, the PSBs and AMRs (formerly the Administration for Industry and Commerce) at different levels all over the country.

The AMR is China’s unique administrative organ to enforce IP, with a staff of about half a million spread out all over the country in more than 2,000 offices at four levels, from the national down to the county or district level.

Compared with the courts who need lengthy examination of all the details, AMRs usually can take swift actions against infringement immediately after it conducts its own investigation or collects or receives clear-cut evidence from the public or the interested parties.

If infringement can be confirmed, AMRs are empowered to stop infringement, confiscate and/or destroy infringing goods and tools, and/or fine the infringer. In addition, the AMRs do not charge official fees for its enforcement, whereas the courts charge official fees and are very strict with the notarisation, legalisation, translation of documents, which can be quite complicated and consume heavy resources. The evidence seized by AMRs can be more convincing in litigation.

However, AMRs cannot handle criminal cases or grant damages, which shall be handled by the police and courts, and often refuse cases of vague infringement. Furthermore, AMR decisions can be appealed to a higher AMR or the courts, although such situations seldom happen.

With all put into consideration, if a company wishes to stop IP infringement quickly in mainland China, use of an AMR should be a priority consideration. If the company aims at higher damages, it is still advisable to first file a complaint with a local AMR, before the lawsuit, to acquire strong evidence in support of the damages.

Haoyu Feng is a trademark attorney and partner at Chofn IP. She can be contacted at: mail@chofn.cn