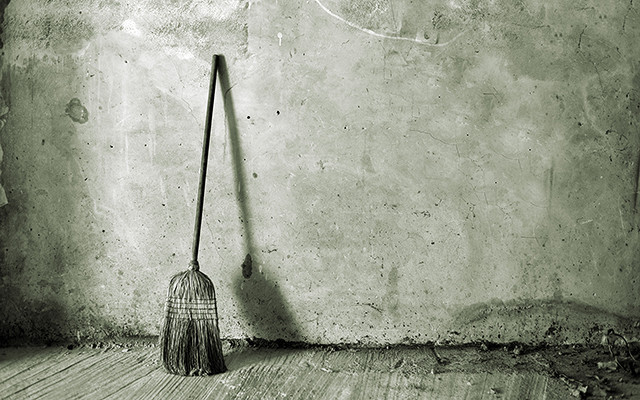 The new Code of Civil Procedure will bring welcome changes to Brazil’s legal landscape, with particular gains for the IP sector, say Rafael Rocha and Robert Daniel-Shores of Daniel Advogados.

One of the most important jurists in Brazilian history, the former diplomat and lawyer Rui Barbosa, once said: “Delayed justice is not justice, but qualified and manifest injustice.”

After more than 40 years in force, Brazil is saying farewell to its Code of Civil Procedure (Law No. 5.869 of 1973), which governs the proceedings of most kinds of civil lawsuits in Brazil, from family issues to contracts and intellectual property rights enforcement. Often criticised for allowing multiple appeals and having overly bureaucratic proceedings, this law was seen as one of the reasons behind the unreasonable duration of court proceedings and, in some cases, their consequent inefficiency.

In response to public demand and after many years of debates involving judges, politicians and jurists, Brazil has now enacted a new code (Law No. 13.105 of 2015), which will come into force in March 2016 for all new and pending lawsuits.

Briefly, this new law not only consolidates all rules issued in the last decade to expedite court proceedings, but also creates a completely new procedural system, focused on providing fast and effective solutions to all kinds of legal disputes, and meeting the difficulties and challenges of modern litigation.

There are changes, especially concerning the enforcement of IP rights, which positively affect the strategy of IP protection and litigation in Brazil.

In this regard, one of the most important legal instruments available for rights owners involved in infringement actions is a preliminary injunction. It can be granted to immediately halt, for example, an act of unfair competition or passing off, and therefore avoids the damages arising from long-term ligation until a final decision is rendered.

Given its relevance, the new code includes special provisions for preliminary injunctions stating that if the losing party does not appeal against an injunction order granted by the judge, it becomes final, closing the whole lawsuit. The losing party would need to start a new court action to try to overturn the injunction.

For IP owners, these new provisions should be considered very advantageous for resolving litigation in a short time (sometimes in just a few weeks) and consequently with reduced costs, mainly in cases against smaller companies or individuals.

The law also brings relevant changes regarding injunction actions—usually filed before the main lawsuit with the purpose of obtaining a report from a court’s technical expert (eg, attesting to the infringement or non-infringement of the IP right)—which are used as supporting evidence. This can increase the chances of success in the case. With the new law, such preparatory actions may be allowed without proof of urgency.

Notwithstanding this, judges will no longer be free to appoint any entrusted technical expert. Instead, they will have to choose from a formal list of professionals that will be created by each court. This measure will bring more certainty, predictability and quality in expert analysis.

"The new rules will bring agility to the resolution of litigation, and to the qualification and security of the courts’ decisions."

Moreover, the judges will no longer be allowed to issue a decision on the merits of just one argument (ignoring the other arguments from the parties), but will need to specifically comment all issues raised by the parties, giving more clarity and qualification to the decision.

Brazil remains a civil law country but this new law strengthens the importance of case law (in practical terms, parties will no longer be able to file subsequent appeals in cases where the matter under dispute has been decided by the courts) and allows judges readily to decide repetitive cases.

Another very important change found in the new law is a reduction in the number of available appeals. For example, the interlocutory appeal is now an exception, acceptable only in urgent cases, so that the interlocutory decision will be normally addressed in an eventual main appeal.

In addition, a three-judge panel will still decide the main appeal but, in case of a split decision by majority of votes, it will no longer be possible to file a divergence appeal. It is certain that these rules will not please the losing party but, with fewer appeals, court proceedings will have a much quicker turnover.

With some of these changes, it is clear that the new law seeks to reduce the backlog of lawsuits, but it is also focused on encouraging agreements between the parties. Therefore, the first act of defence will be to attend a conciliation hearing, only after which a deadline for the presentation of the full response by the defendant will be triggered.

Another major change is that the parties will be able to  negotiate some procedural rules, such as deadlines and the choice of the court’s expert (within the court’s formal list of professionals). Considering the complexity of IP cases, this flexibility may help the parties to have a more technically qualified solution for the case.

In general, the new law is being received optimistically, based on the belief from specialists that the new rules will bring agility to the resolution of litigation, and to the qualification and security of the courts’ decisions.

It must be noted that some courts, such as the federal and state courts outside Rio de Janeiro, already have specialist judges assigned to IP cases, so it is possible to observe increased quality and agility of the resolution of court action at those courts.

Therefore, with the new code and the further specialisation of the courts, we are optimistic concerning the future of cases involving IP rights, which are roughly estimated to be decided at trial level between three months and two years, depending on the complexity of the underlying and circumstantial situations. It is a great advance in the protection of IP rights, which will certainly bring security to IP owners and the other players involved in enforcing and combating infringement in Brazil.

It is safe to say that the changes to the code will take litigation in Brazil to the next level. On the other, it must be noted that the litigators—and especially the judges—will take some time to adapt to and stabilise the interpretation of the new rules.

Rafael Rocha is a partner at Daniel Advogados. He has ten years of experience in litigation, especially relating to IP. After completing an LLB law degree from the Federal University of the State of Rio de Janeiro, he became a specialist in civil litigation after doing a postgraduate degree at the Catholic University of Rio de Janeiro. He can be contacted at: rafael.rocha@daniel.adv.br

Robert Daniel-Shores is a partner at Daniel Advogados. He completed an LLB law degree from the Catholic University of Rio de Janeiro, with an emphasis on business law, and is currently doing a postgraduate degree in Civil Procedure Law from IBMEC. He can be contacted at: robert.daniel-shores@daniel.adv