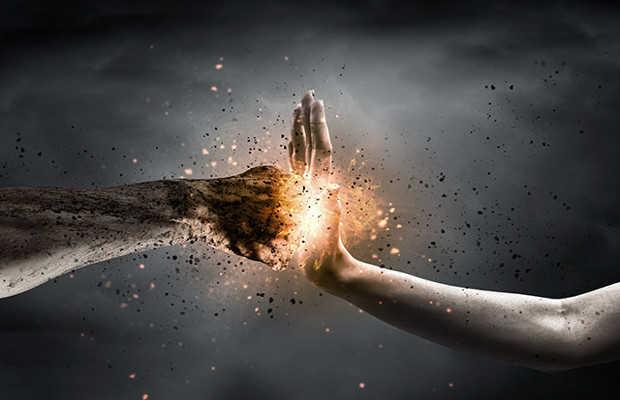 Following an amendment in 2013, China’s trademark opposition procedure has made it cheaper and quicker to register marks in the country, say Lynn Wang of Peksung Intellectual Property Group and Catherine Wang of Dayup Intellectual Property, who discuss the value of the current system.

On August 30, 2013, the Standing Committee of China’s 12th National People’s Congress approved an amendment to the country’s Trademark Law. This was the third amendment of the Trademark Law, which was originally enacted in 1982. The purpose of the change was to implement the government’s national intellectual property strategy for promoting economic development.

One major change relates to the trademark opposition procedure, as set out in paragraphs 2 and 3 of article 35 of the Trademark Law. The opposition mechanism adopted a system of “final decision in the first instance”, which better protects trademark applicants from malicious parties that attempt to hinder trademark registrations by taking advantage of a lengthy opposition process. The amendment shortens the overall time required for examination and registration (see Figures 1 and 2).

While there is a preparatory period of only three months during the opposition submission phase, the preparation time for the invalidation phase is up to five years from the granting of a target trademark. Based on personal experience, the success rate of opposition cases has somewhat decreased since the enactment of the amendment because there are no second-party reviews of the same complaint (due to a final decision in the first instance). And because evidence can be used in the invalidation phase in the same way as the opposition phase, even if the result of the opposition is unfavourable, many prior rights owners question whether it is more efficient to forgo opposition and request invalidation directly.

Authors with experience in handling trademark opposition and invalidation cases have raised the following points regarding the value of the current opposition procedure in China.

First, trademark opposition is very important in hindering the rapid registration of target trademarks. The amendment to the Trademark Law does not change the purpose and function of the opposition procedure. Prior rights owners are still given an opportunity to offer opinions against the examination result of the China Trademark Office (CTMO) to protect their legitimate rights, including not only their rights resulting from earlier trademark applications and registrations, but also other prior rights such as copyright, domain registrations, design patents, right of personal name and portrait, right of trade name, etc, none of which can be considered in the process of substantive examination by the CTMO.

With regard to examination, the CTMO has not declared or substantially changed the standards for opposition cases. It will still abide by the legislative principle of the Trademark Law in suppressing malicious preemptive trademark registrations. Therefore, as long as opposing parties have adequate reasons and solid evidence, they will have a reasonable chance to win the opposition.

Second, trademark oppositions can be raised to delay the commercial activities of trademark applicants whose goal is to profit through malicious registration. In China, malls and commercial websites require sellers to hold and sell products with registered trademarks. If shopkeepers do not provide evidence of a trademark registration for their products, they are not permitted to open their shops or sell their products. The opposition and invalidation procedures (see Figures 2 and 3) help the aggrieved parties to delay or stop the misuse of their trademarks.

"Foreign rights owners should pay more attention to the proper collection and retention of relevant evidence concerning their business activities in China."

A total of two or three years of uncertainty during the initial phases of a business venture can delay malicious applicants at the very least, and it may even cause them to give up the use of a trademark and select another mark, to minimise financial risk. But without any opposition, malicious trademark applicants can put their spurious marks into commercial use immediately after registration and publication.

Third, opposition can be helpful for invalidation procedures. To prevent a trademark applicant from violating a “trademark that is already in use and forms a relatively stable market order”, prior rights owners may choose to request invalidation immediately and directly after a target trademark is published, without raising an opposition. It takes several months for the Trademark Review and Adjudication Board to process an invalidation request, which often gives applicants time to put their marks into commercial use and allows them to establish relevant evidence (eg, online promotions, business manuals, and other promotional articles).

Applicants then claim that they use the trademark and can claim, accordingly, that an invalidation filed against it would have negative material consequences on their business interests. In the opinion of the author, the foregoing claim should not be cause for sustaining a trademark registration, but it cannot be denied completely that the said claim may influence the examiners hearing the cases.

The “Opinions of the Supreme People’s Court on Several Issues Concerning the Trial of Administrative Cases Involving the Authorisation and Determination of Trademark Rights” states that for disputed trademarks which have been used for a relatively long time, have established a relatively high market reputation and have formed a relevant public group, “it is necessary to accurately master the legislative principle of the Trademark Law concerning the protection of the rights and interests of the prior commercial identifications and maintenance of harmony with the market order, respect adequately the actual market circumstances of the relevant public already distinguishing objectively the relevant commercial signs and lay stress on maintaining the market order already established and stabilised”.

Consequences of the change

Since the Trademark Law was amended, the number of Chinese applicants has increased sharply. Figure 4 presents the number of applications since 2000, and Figure 5 shows that Chinese domestic applicants accounted for 93.85% of the total applications in 2015. In the author’s opinion, these are the consequences of amending the Trademark Law, and the policies of the Chinese government in advocating and supporting domestic IP and an energetically developing economy.

The simplification of the opposition procedure has reduced the financial and time costs associated with trademark registration, including malicious preemptive registration. Faced with this new reality, transnational enterprises should have a sense of urgency in trademark management. With an eye towards helping these enterprises protect their trademarks and/or business identifications, the author recommends the adoption of a more active and positive approach, as well as a trademark warning mechanism. That is, they should monitor their trademarks and their online sales/promotions, which can help them to more comprehensively understand any potential threats to their commercial identification and business interests, and prepare for opposition.

Enterprises may take other measures to expand and strengthen their IP protection in China, such as trademark applications, copyright registrations, and even obtaining well-known trademark protection. In the current examination procedures (ie, opposition, invalidation, and subsequent administrative proceedings), providing adequate evidence of use is essential for prior rights owners to win such cases, especially in cases of malicious preemptive registration. Foreign rights owners should pay more attention to the proper collection and retention of relevant evidence concerning their business activities in China.

In subsequent articles, the authors will discuss practices to help readers prepare and provide effective and adequate evidence in order to increase the success rate in opposition and invalidation cases.

Lynn Wang is director of Peksung Intellectual Property Group’s Palo Alto office. She started her IP career as a trademark attorney in 1994 at China Patent Agent HK. She has lived and worked in the US, assisting a broad  range of clients, from startups to global 100 companies, with their IP filing and portfolio/quality management in China and other Asian countries. She can be contacted at: +1 650-617-3200

Catherine Wang is a partner and trademark attorney at Dayup Intellectual Property. She joined China Patent Agent in 2004. In the past five years, she has gained extensive experience in China trademark litigation. She can be contacted at: mail@dayup-ip.com