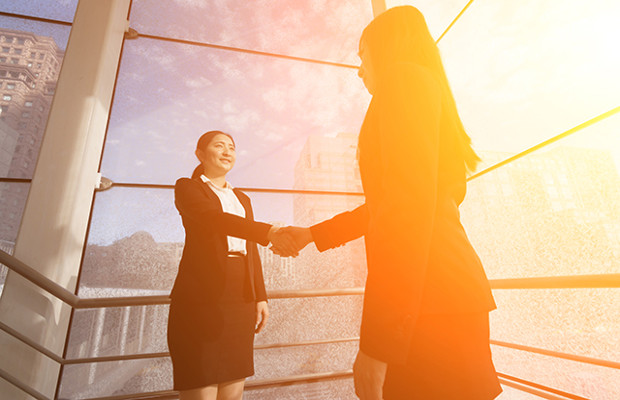 The Chinese government is introducing reforms to the country’s patent system to better protect innovation. Zunxia Li and Ying Zhang of Chofn Intellectual Property discuss some of the changes.

China’s State Intellectual Property Office (SIPO) submitted a draft amendment to the Patent Law to the State Council for approval in December 2015. The draft is the fourth amendment to the law, and is more comprehensive and in particular highlights patent protection more than any previous amendment.

Currently, when enforcing patent rights in China, patentees generally face the following problems: high cost in asserting rights, low compensation, and difficulty in evidence collection. As a result, many patentees are unwilling or inactive in enforcing their rights, which poses much difficulty in encouraging people to innovate.

1. Protection of a partial design

In the draft, contributory infringement and relevant liability are defined. Specifically, it provides that “if a party knows that relevant products are raw materials, intermediate materials, parts or equipment specially used to exploit a patent, but still—without the authorisation of the patentee and for production or business purposes—provides such a product to another party that conducts patent infringing acts, the party shall be held liable for contributory infringement”.

It adds: “If a party knows relevant products or methods are patented products or methods but still, without the authorisation of the patentee and for production or business purposes, induces another party to conduct patent infringing acts, the party shall be held liable for abetting others to conduct infringement.”

Currently, many patent infringement disputes occur with the rapid development of transactions on internet platforms. In order to prevent online infringement, the draft adds the supervisory responsibility of internet service providers (ISPs) and the liability of ISPs after being notified of infringement.

Specifically, the draft provides that “any ISP, who knows or should know the existence of an internet service infringing a patent right but does not take necessary measures such as deletion, blocking, and removing the link to the infringement product to stop the infringement in time, shall be liable jointly with the internet user”.

It adds that “if a patentee or interested party has evidence to prove/the patent administration department determines the existence of an internet service infringing a patent right and notifies an ISP of the infringement, but the ISP does not take necessary measures to stop the infringement in time, the ISP shall be liable jointly with the internet user for the extension of loss”.

This provision further strengthens the patent protection from the point of view of internet transactions by further reinforcing the supervisory responsibility and liability of ISPs.

The draft increases infringement costs, increases the burden of proof on an infringer, and increases the liability of and consequences for the infringer when it fails to provide evidence.

It adds punitive damages as compensation for wilful infringement and provides that “whoever wilfully infringes a patent right shall be fined one to three times of the amount of compensation determined by a method of calculation of infringement loss, infringement profit or times of patent royalty depending on the factors such as the circumstance, scale, and damage consequences of the infringement”.

In addition, the draft increases the standard of statutory damages from RMB 10,000 ($15,400) to RMB 1 million, stipulated in the current patent law, to RMB 100,000 to RMB 5 million. It thereby greatly increases the infringement cost for infringers, forming a strong deterrent against infringement. Moreover, under the current patent law system, it is very difficult for patentees to collect evidence, especially when the evidence is held by infringers.

"The draft increases infringement costs, increases the burden of proof on an infringer, and increases the liability of and consequences for the infringer when it fails to provide evidence."

It adds that “if the infringer does not provide the account books and materials or provides false account books and materials, the court may determine the damage compensation with reference to the statement and evidence provided by the patentee”. Therefore, the current situation that it is difficult for the patentee to provide evidence and low compensation may be solved.

As described above in part 4, the draft provides that the patent administration authorities have the responsibility of notifying the ISP when internet infringement has occurred.

The draft further provides that “the patent administration department shall establish archives of credit information on patent protection and bring the same into the National Credit Information Share and Exchange Platform”. With the establishment of the archives of credit information, a strong data platform can be created for the patent administration department to determine repeated infringement, thereby providing strong support for reinforcement of patent protection.

As compared to the draft, the guidance is a departmental document issued by SIPO. In view of the complexity of determining patent infringement cases, SIPO further issued the guidance on the basis of the draft for the main purpose of guiding the patent administration authorities at different levels.

The guidance mainly states and describes the determination of acts of patent infringement including making, using, selling, offering for sale, and importing from the point of view of the meaning of legislation, typical modes in practice, specific cases, etc. The draft provides specific and detailed standard guidelines and a reference for law enforcement in the patent administration department, and therefore provides strong support for the department to strengthen administrative law enforcement.

Only suitable protection can encourage innovation. With the rapid development of the Chinese economy, the government is attaching more and more importance to protection of intellectual property including patents while greatly encouraging innovation of industries.

The issuance of the draft and the guidance reflects that the Chinese government and functional departments are now strengthening patent protection step by step and attempting to create a good patent protection environment for innovators.

Zunxia Li is an attorney-at-law of Chofn Intellectual Property. She handles patent-related disputes for many well-known domestic and foreign companies such as ZTE, Alibaba, Swarovski and Whirlpool. With almost ten years of practical experience, Li is experienced in many IP areas, particularly patent-related enforcement. She can be contacted at: office@chofn.cn

Ying Zhangis an attorney-at-law at Chofn Intellectual Property. She handles a large number of cases for both foreign and domestic clients. Her practice areas include patent invalidation, patent administrative litigation, patent civil litigation, IP administrative and customary protection and IP licensing. She can be contacted at: office@chofn.cn