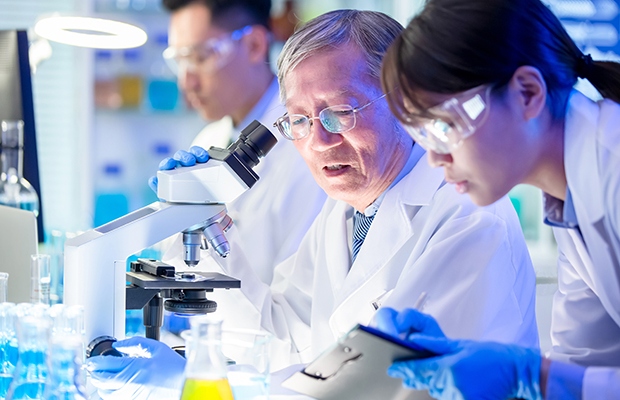 Under a general impression, experimental data originally recorded in the specification is always required to support inventive step of a Chinese chemical/biological patent application. However, two recent rulings by the Supreme People’s Court (SPC) may update our understanding on this, in a comparative manner.

When evaluating inventive step of a patent application, the problem-solution (also known as the three steps approach) is the standard applied in Chinese practice. In the second step of this approach, the technical problem solved by the application should be determined based on the technical effect of the distinguishing features.

According to the SPC, whether there is experimental data originally recorded in the specification to confirm this technical effect may not be considered as far as inventive step is concerned (case 1). However, when distinguishing features per se are not sufficient for establishing non-obviousness, the existence of unexpected technical effect becomes crucial. Experimental data will then be required to demonstrate the extent of unexpectedness (case 2).

In the administrative dispute CNIPA v Erasmus University Medical Centre Rotterdam and Craig Roger Kingdon ([2019] SPC Zhi Xing Zhong No. 127), the patent application related to a subject matter of producing antibodies, which was rejected by the China National Intellectual Property Administration (CNIPA) for lack of inventive step, and later appealed up to the SPC.

During the prosecution, the CNIPA pointed out that there was no experimental data to support the technical effect as asserted by the applicants, and thus the technical problem as determined by the problem-solution approach should be understood in favour of the CNIPA.

"Although the Chinese patent system doesn’t strictly follow the doctrine of precedent case law, these two rulings by the SPC may have set some examples."

By making this statement, the CNIPA effectively considered that this lack of experimental data did not comply with the sufficient disclosure of the description, which is another legal requirement in the Chinese patent law. However, the SPC did not agree and ruled that the inventive step, the sufficient disclosure of the description, the reasonable protection scope and other legal requirements have different functions and follow different logic in patent law.

In the administrative dispute case of Boehringer Ingelheim v CNIPA ([2018] SPC Xing Shen No. 3961), the patent application related to a subject matter of a chemical compound, which was rejected by the CNIPA for lack of inventive step, and later appealed up to the SPC.

The SPC first considered that the switched substituted position of hydroxyl on the same parent ring per se cannot establish non-obviousness, and further looked into the unexpected technical effect aspect, since according to relevant stipulations of the Guidelines for Patent Examination, the existence of unexpected technical effect is crucial for establishing inventive step under this circumstance.

Then, the SPC deemed that an unexpected technical effect cannot be proved based on the post-filing experimental data, for the following reasons.

On the other hand, the first-to-file system in Chinese practice necessitates the examination of such data to reflect requirements of this system, so that the post-filing experimental data can be accepted only under the condition that it serves as a reinforcing evidence to further prove a technical effect, which is obtainable by the skilled person from the original disclosure.

For the question of whether the skilled person could obtain the technical effect to be proved by the post-filing data from the original disclosure, the SPC further clarified that if a technical effect is merely asserted but lacks qualitative or quantitative experimental data or other objective basis to confirm the same in the original disclosure, which makes the
skilled person unable to reasonably ascertain it, then this effect cannot be proved by post-filing experimental data.

Although the Chinese patent system doesn’t strictly follow the doctrine of precedent case law, these two rulings by the SPC may have set some examples: as long as the distinguishing features per se are prominent enough, the existence of supporting experimental data may play a minor role at least for the question of inventive step assessment.

Da Xu is a patent attorney at CCPIT Patent and Trademark Law Office. He can be contacted at: xud@ccpit-patent.com.cn