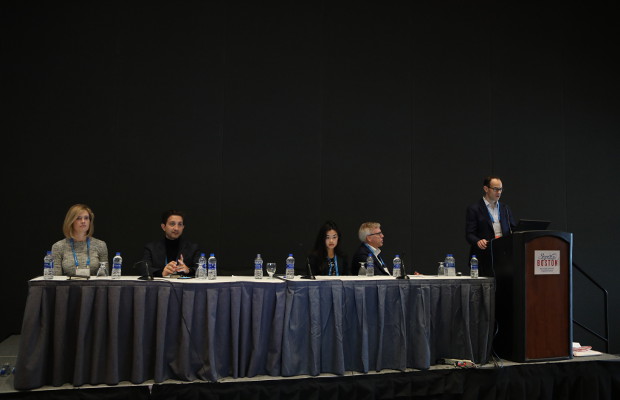 INTA’s new study of Gen Z demonstrates that brands have work to do in order to educate this increasingly influential cohort on the importance of buying genuine products, as Saman Javed finds out.

In Session CSU23 Gen Z Insights: Brands and Counterfeit Products yesterday, panelists explored the attitudinal study in detail and discussed how brand owners can respond to the findings.

Scott Phillips, Managing Director at Epsilon Economics (USA), who was also the study’s Project Team Leader, said it was critical for brands to understand why this generation buys counterfeits, given it is set to be the largest group of consumers worldwide by 2020.

The Gen Z study, which surveyed more than 4,500 respondents aged 18 and 23 years old in10 countries, found there were two main factors influencing the purchasing decisions of this group—morality and income. “When Gen Zers consider their income against their morals, income wins,” the study found. Of those surveyed, 47 percent said their income influences their opinions about counterfeit products, while 37 percent cited morals.

As noted in INTA’s report, “Functional benefits like price and accessibility come to the forefront as reasons why Gen Zers buy fake products.”

Of these, 57 percent said they had done so because they could only afford the fake version of some brands.

“Gen Zers have strong morals but these are tested in their surroundings. When it comes to influencing their opinions of counterfeits, income is more important than morals,” she said.

This view was echoed by Kirsten Recknagel, General Manager at LRW Motivequest (USA), who commented, “This is a generation that says, ‘I don’t have any money to spend and that impacts decisions on what I buy.’”

The study found that a defining characteristic of the Gen Z cohort is their extreme flexibility, Ms. Mai noted. “They see their identity as being a work in progress. It’s not static, it’s really fluid, and they are really open to changing their views based on what they learn,” she said.

According to the report, 91 percent of Gen Zers expressed openness to change their views based on new things they learn. In addition, 52 percent said they would buy fewer counterfeit products in the future.

Matthew Kuykendall, Senior Corporate Counsel at Sony Interactive Entertainment (USA), said these findings indicate that Gen Zers may be open to education about the negative impact of counterfeiting, and are willing to re-evaluate their behavior based on new information.

Brands can accomplish this by “educating their consumers directly,” Mr. Kuykendall said. For example, he cited a cosmetics brand that maintains a section on its website specifically designed to help consumers identify counterfeit products and unauthorized sellers.

For many Gen Zers, Ms. Mai noted, brands are “an extension of who they are,” and they choose a brand based on how well it reflects their morals and values.

The study also explored Gen Zers’ knowledge of intellectual property (IP) rights, finding that 96 percent strongly respect the value of ideas and creations, and 85 percent have at least some knowledge of IP.

Ms. Recknagel said that members of Gen Z tend to make a distinction between different types of counterfeit products. As long as a product is of high quality, she said, GenZers “are more inclined to go for the counterfeit item because it allows them to express their individuality.” She noted that GenZers perceive a difference between buying “fakes”, which they define as low-quality knockoffs, and “replicas” which they perceive as superior in quality.

Notably, the findings indicate 81 percent of respondents recognize fake goods as unsafe, and 77 percent cite the quality of counterfeit products as usually not good enough. Other drivers away from counterfeits include proceeds supporting organized crime, and an adverse impact on the environment.

“For beauty and cosmetics, Gen Z have concerns about detrimental physical effects of using counterfeit cosmetics on the skin and potentially causing harm to the body,” Ms. Mai said. “For consumer electronics, Gen Z thought it was better to purchase genuine products because of quality concerns,” she noted.