Automotives: the next battlefield of SEP litigation? 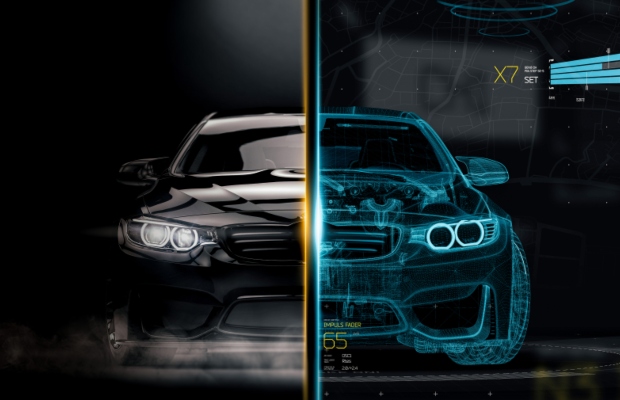 SEP litigation threats have increased in recent years in the automotive sector, leading companies to consider their options, whether as SEPs owners or as implementers. Pauline Debré and Simon Corbineau-Picci of Linklaters explain the issues.

For all automobile manufacturers, car connectivity, such as connected navigation, access to the internet and an e-call security system, has become a must-have feature, and not merely a nice-to-have accessory.

Connectivity features drive consumer demand, and more buyers are willing to switch from one car brand to another for more connectivity.

However, connectivity implies the implementation of technologies which are rather new for the automotive industry and will largely be subject to a long and complex standardisation process. The industry is facing licensing and economic issues in relation to the use of the patents covering such standardised technologies, known as standard-essential patents (SEPs).

Understanding how the landscape of the automotive industry is challenged by the SEPs, which may impact its business model and innovation, is crucial for all stakeholders in the industry.

SEPs are patents which are necessarily implemented in standard-compliant products. These patents are voluntarily declared as essential to standard-setting organisations (SSOs) by their owner but their “essentiality” to the standard is not checked by anyone.

Most SSOs require SEP holders to make their patents available to all implementers on fair, reasonable and non-discriminatory (FRAND) terms and conditions, in order to support a wide adoption of the standards and ensure equivalent licensing terms to all willing licensees.

“Another common practice of SEPs owners may raise many challenges for the automotive industry: the concentration of the SEPs in the hand of patent pools.”

SEP-related issues are at the centre of the paradox between patent law, which aims at creating legal monopolies over technologies, and the need for all competitors to comply with the standard and implement the related SEPs so they can enter the market.

Such a paradox raises antitrust risks related to the potential abuse of a dominant position (for example, by refusing to grant a licence on a standardised technology or to propose a non-FRAND rate) and cartels (in the course of the standardisation process or by the creation of patent pools).

Lacking legal or regulatory rules governing the relationships between the SEP owners and the implementers, the stakeholders have no other choice than to look at the relevant case law.

In that respect, the landmark decision of the Court of Justice of the EU delivered in July 2015, Huawei v ZTE, has defined a good-faith negotiation scheme (with obligations for both the patent owner and the alleged infringer) that needs to be followed to negotiate a FRAND licence agreement.

Notably, this includes the need for each party to inform the other that they are willing to execute a licence agreement and the presentation of FRAND licence offers and counter-offers.

Several German decisions have clarified the scope of this negotiation scheme, in particular in relation to the timing of the parties’ FRAND offers and the information provided to the other party.

UK courts have been the first European courts to set a FRAND royalty rate and to address the appropriate territory covered by a SEP licence offer to be FRAND.

In Unwired Planet v Huawei, the UK Patent Court considered that FRAND licences are necessarily granted worldwide and cannot be limited to a single territory.

This finding is opposite to the one of the US District Court for the Eastern District of Texas in Panoptis v Huawei, which refused to rule on the FRAND character of Panoptis’s global licence offer and limited its ruling to the FRAND nature of the offer with respect to the US patents only.

Uncertainties remain high, notably with respect to the availability of licences to all actors on the manufacturing chain and to the calculation method of FRAND royalties.

One US court (in Federal Trade Commission v Qualcomm) considered that a SEP owner cannot discriminate against users of its SEPs and exclude component manufacturers from the scope of its commitment to grant FRAND licences, but another US court (in HTC v Ericsson) stated that a SEP owner’s commitment does not automatically require basing the royalties on the smallest saleable patent-practising unit (ie, generally the chipset enabling the telecommunication).

The court considered that the two patents invoked by the SEP owner were not essential to the standards since they related to only one of all the technical alternatives provided by the standard and were therefore not infringed.

Consequently, relying on the fact that the patents-in-suit were not essential and therefore not proved infringed, the court denied the claims of the SEP owner to set a FRAND royalty rate.

The implementation of SEPs by the automotive industry involves widely opposed interests. SEP owners need to obtain a fair compensation for their research and development investments while the widespread adoption of standards benefits consumers and the industry as a whole.

The business models of the automotive stakeholders at all levels of the manufacturing chain may also be jeopardised by costly SEP licences.

SEP licensing negotiations are thus crucial, and the automotive stakeholders need not only to negotiate a FRAND royalty rate but also to deal with (i) the risk of setting a precedent within the industry, as FRAND terms are often determined using comparable licences; and (ii) the injunction risk if no licence is granted to the implementer.

Also, as many SEP owners insist on licensing at the end-user products level only, it is key for the automotive companies to manage the relationships between the car manufacturers and the component suppliers and to ensure the sustainability of the connectivity components and monitor the profitability level.

Another common practice of SEPs owners may raise many challenges for the automotive industry: the concentration of the SEPs in the hand of patent pools, non-practising entities which are assigned or licensed SEPs related to a same standard from various SEPs owners in order to enforce them through licensing or litigation.

For instance, Avanci is a patent pool focused on licensing SEPs for internet of things applications, notably connected cars. It gathers SEPs from companies such as Qualcomm, Nokia and Siemens, and claims to cover almost 50% of the SEPs relating to 2G, 3G and 4G standards.

While resorting to patent pools may be practical as a one-stop shop for implementers and provide more transparency and predictability, it raises serious concerns for the implementers, notably because such patent pools have no industrial risk and may insist on high rates and will likely never cover all the SEPs for a given standard (each standard is protected by thousands of SEPs).

SEPs litigation threats have increased over the past years in the automotive sector, leading the automotive companies to establish various strategies, whether as SEPs owners or as implementers.

Broadcom reportedly sued Daimler and BMW regarding connectivity features based on SEPs, while Nokia reportedly filed ten patent lawsuits before regional courts in Germany against Daimler, accused of infringing its SEPs.

On the other hand, Daimler has filed a complaint against Nokia with the European Commission concerning Nokia’s licensing of its patents for vehicle connectivity (among which there are presumably SEPs).

Since then, the automotive supplier Bury, German car parts maker Continental and its French competitor Valeo have joined Daimler to seek an EU antitrust investigation into Nokia’s patent licensing practices for connected cars.

Although it is too soon to state that the automotive industry will be the next battlefield of SEPs litigation, automotive companies at all levels of the manufacturing chain should anticipate such a possibility.

It is crucial for them to identify the standards and related SEPs which are implemented, audit their contractual obligations and elaborate a strategy to prevent or anticipate potential disputes.

Pauline Debré is a partner at Linklaters. She can be contacted at: pauline.debre@linklaters.com

Simon Corbineau-Picci is an associate at Linklaters. He can be contacted at: simon.corbineau-picci@linklaters.com