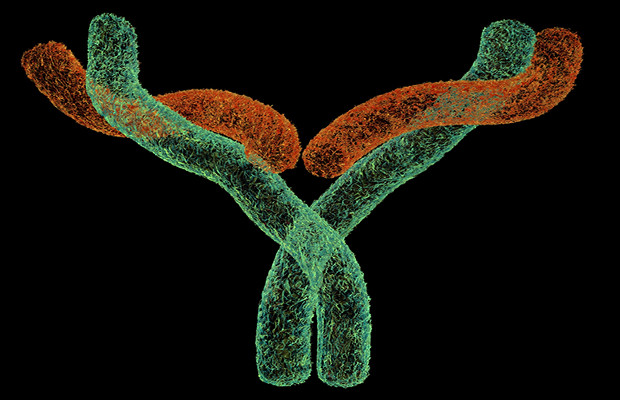 Antibody products, compositions and methods are patent-eligible in the US, as long as applicants follow some clear guidelines, say Gerald Murphy and John Heithaus of Birch Stewart Kolasch Birch.

Therapeutic antibody drugs are some of the most difficult and expensive drugs to develop but, at the same time, they may be the only drugs which can cure or substantially extend the life of patients with fatal or debilitating diseases. Payoffs to a drug company for a successful therapeutic antibody can be huge, with the yearly patient costs for treatment often being in hundreds of thousands of dollars.

In recent years, patent ineligibility issues under 35 USC §101 with regard to antibody inventions have grown significantly. In the US, laws of natural products, natural phenomenon, and abstract ideas are not patent-eligible. This article will explore whether antibody products and antibody diagnostic methods are patent-eligible.

In 2012, in Mayo v Prometheus, the Supreme Court held that a method claim concerning optimising therapeutic efficacy for treatment of an immune-mediated gastrointestinal disorder was not patent-eligible. The Supreme Court concluded that the correlation between the toxicity and effectiveness of the drug and the amount of drug was a natural law. Thus, the invention was directed to patent-ineligible subject matter. This case came as a shock to many in the IP and pharma worlds, since these claims had been considered patentable for many years.

The next year, in Association for Molecular Pathology v Myriad, the Supreme Court held that a claim that encompassed naturally occurring DNA could not be rendered patentable merely by adding the word “isolated” to the claim. The court also clarified that cDNA (which is not a naturally occurring form of DNA) was patent-eligible.

Immediately after these decisions, significant uncertainty regarding the proper application of the new heightened standards of patent-eligible subject matter to different antibody fact patterns led to significant disparity between examiners at the US Patent and Trademark Office (USPTO) with regard to patent eligibility of antibody claims. The USPTO issued “Patent Eligibility Guidance” in 2014, 2015 and 2016 to attempt to standardise examination across the examining corps and to provide clarity on the USPTO position.

At this point in time, it is generally accepted that a claim directed broadly to a new “purified or isolated human antibody” is not patent-eligible, if humans had previously been exposed to the antigen to which the new antibody binds. There are simply no structural or functional differences from the antibody previously existing in humans. This conclusion is a logical extension of the Myriad case, which held that a claim to an “isolated” natural product is not patent-eligible (see 2014 USPTO Nature Based Product Examples, Example 8, Claim 1).

However, what if the sequence of the claimed antibody is specified in the patent claim? Strictly speaking, an old antibody does not become patent-eligible just because it was isolated and characterised to determine its sequence. But, technically, the burden on showing that the sequence occurs naturally is on the challenging party.

Another situation surrounds chimeric antibodies. If the antibody is “chimeric” (usually part human and part mouse), the antibody is not a natural product, and is patent-eligible.

In patent parlance, an antibody “composition” is usually considered to include an antibody and at least one additional component. Merely specifying that an antibody composition includes an antibody and a “pharmaceutically acceptable carrier” (which could include water, saline solution, etc) may not be enough to meet the “significantly more” test. Also, natural antibodies, if they exist, would be present in human blood and tissues, which include many other natural components, such as water, salt, etc.

"When claiming an antibody product, specify the complementarity-determining regions and/or provide in a non-natural form, eg, chimera or with preservative."

What can be included in an antibody composition claim to make it patent-eligible? The USPTO explains that including a conventional preservative in a composition can provide markedly different characteristics, because the composition will spoil more slowly (see 2014 USPTO Nature-Based Product, Example 2, Claim 2). Such claims can be very important in relation to therapeutic antibody products, because long shelf life can be required to obtain Food and Drug Administration approval. It is also noted that adding a conventional adjuvant or other immunogenic additives to a vaccine composition can similarly provide markedly different characteristics by making the vaccine composition more immunogenic (see 2016 USPTO Life Sciences Examples, Example 28).

Diagnostic methods that use antibodies

The antibody inventions that are tough to obtain patent coverage for in the US are antibody diagnostic methods.

The critical question in regard to antibody diagnostic methods occurs at step 2B of the guidelines. Does the claim contain significantly more than just a law of nature? A method reciting significantly more is patent-eligible, even if it recites a law of nature. ‘Significantly more’ concerns 1) adding a specific limitation(s) other than what is well understood, routine, and conventional in the field; 2) adding unconventional steps that confine the claim to a particular application; or 3) adding an inventive concept past the natural law.

Example 29 of the 2016 USPTO Life Sciences Examples explains that a method of diagnosing a disease comprising detecting a protein marker and diagnosing a patient is ineligible. However, if the specific antibody used to measure the protein marker is non-conventional, the claim should be patent-eligible. What if the patent claim is not limited to the use of a unique antibody? For a number of years, it has been the position of many patent examiners, as well as Example 29 Claim 6, that if the claim includes a specific treatment step that is based on the diagnosis, the invention is patent-eligible. 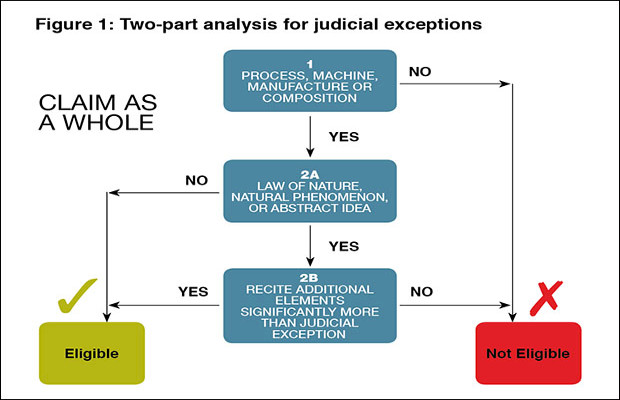 Unfortunately, a recent Patent Trial and Appeal Board (PTAB) decision casts doubt over whether the inclusion of an administration step is an effective strategy to make an antibody diagnostic method claim patent-eligible. In
Ex parte Chamberlain, appeal no. 2014-009849 (PTAB 2017), the PTAB found that a claim comprising detecting a nucleic acid genotype and administering based on the detection was patent-ineligible. The PTAB supported this decision by explaining that administration is just a conventional activity, which is well known and routine.

It can be argued that Ex parte Chamberlain is in conflict with US Court of Appeals for the Federal Circuit precedent. In Classen Immunotherapies the court found that the addition of a physical administration step transcended the natural law. Specifically, the “patents require the further act of immunisation in accordance with a lower risk schedule, thus moving from abstract scientific principle to specific application.” The PTAB did not cite Classen in the Chamberlain case, but instead relied on Supreme Court precedent including Alice, and Federal Circuit precedent.

A wrinkle in the patent eligibility framework is Ariosa v Sequenom. In Ariosa the Federal Circuit found that a claim directed to a method of detecting a paternally inherited nucleic acid in a blood sample was not patent-eligible. The court found all the active steps to be conventional because of the lack of an inventive element: nucleated cell populations had been removed before and DNA amplified before. However, the claim did not include a final administration step, and thus, was arguably distinguishable from Classen.

It is unclear how effective an administrative step will continue to be. It may be that a diagnostic claim requires an inventive, non-obvious element past the disclosed diagnostic correlation. However, it may be that Classen is still good law and that integrating the exception by a physical action is acceptable.

The takeaway is that antibody products, compositions and methods remain very much patent-eligible. For antibody products, applicants should not present a claim that could be interpreted so broadly as to encompass a natural antibody. When claiming an antibody product, specify the complementarity-determining regions and/or provide in a non-natural form, eg, chimera or with preservative.

The chances for meaningful protection of antibody composition claims can be significantly improved by describing in the specification and including in the claims preservatives, adjuvants, and other additives that functionally change the nature of the composition as compared to an isolated antibody.

John Heithaus is an associate at BSKB. Before becoming a patent attorney, he worked in a lab where he engineered conformation specific antibodies to rescue protein function. A substantial part of his caseload involves prosecuting patent applications relating to antibodies and other biotechnology inventions. He can be contacted at: john.h.heithaus@bskb.com