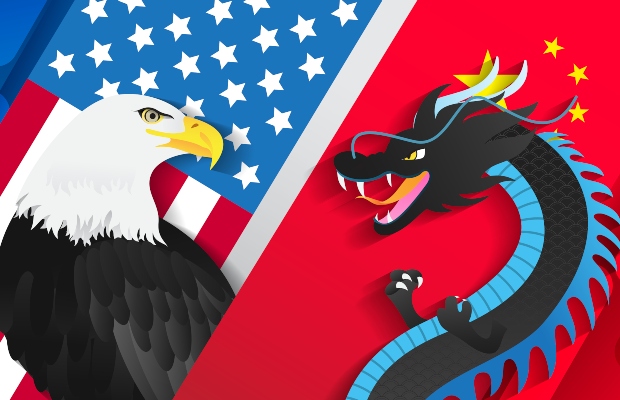 The legal sector has been mulling the legacy of Andrei Iancu as he confirmed this week that his three-year term as head of the world’s biggest national IP office had come to an end.

Lawyers have told WIPR that his successor will need to look outwards in order to maintain global US leadership in IP, at a time when Chinese firms and courts are pushing for greater influence in global technology standards.

His term was dominated by escalating tensions between China and the Trump administration. Iancu used his resignation speech this week to call for an end to “state-sponsored theft”, an accusation that has been repeatedly levelled against Beijing by Trump’s officials.

Iancu’s successor has many reasons to look outwards and secure effective compromises, both at home and abroad, lawyers argue. The USPTO responded quickly to reports that the trademark registers were being inundated with suspicious filings from China, by introducing new rules and security measures in the application process. Some trademark attorneys feel these measures may have done more harm than good.

Janet Satterthwaite, partner at Potomac, described Iancu’s reaction to some of the concerns over Chinese interference as an “overreaction”.

“These did not seem to me to be the most pressing issues for practitioners. We nevertheless suffered under the effect of ill-conceived and cumbersome overcompensating measures to combat the China problems, such as requirements for applicants to provide a domicile address and personal email address, and requirements to prove bar membership,” complained Satterthwaite.

Jess Collen, partner at Collen IP, said he expected to see a more collegiate tone from Iancu’s successor. “While a ‘get tough on China’ policy did target state actors and their possible role in attacking US IP rights, the concept of greater international cooperation did not seem to be on the agenda,” said Collen.

The next director will likely be tasked with “re-engaging foreign IP offices and governments while also trying to enlist their support to defend against state actors,” he added.

The Biden administration will also need to face efforts from international rivals, namely China, to gain leadership in the ownership of the IP underpinning new technologies. The US and Europe have traditionally dominated standard-essential patents (SEPs) covering cellular telecommunications. But with the advent of 5G, China has emerged as a key player through firms such as Huawei.

There is also the question of which country’s courts should adjudicate SEP disputes. Ericsson and Samsung are currently embroiled in a legal battle over whether a licensing dispute should be heard in Texas, Wuhan, or in parallel.

In his speech, Iancu stressed the importance of maintaining “our nation’s continued ability to develop standard-essential technologies”, while warning of “potential implications of recent international decisions regarding SEPs”.

“I think Iancu is certainly concerned with the Ericsson v Samsung dispute involving China and Texas, and the implications of allowing jurisdictions to fight for cases that involve technology that is used worldwide,” said Theodore Essex, partner at Hogan Lovells.

Essex added: “I think he would have been concerned with Unwired Planet in the UK, and the overreach of judges in other matters. When there is uncertainty, business and innovation is hampered, and having courts that believe they can set worldwide standards and licensing rates creates havoc.”

For Lauren Drake, partner at Milbank, Iancu’s remarks underpin the importance of international cooperation to secure US interests. “Iancu was saying that if non-US courts are issuing decisions in the SEP space that dictate terms for the US market, then it will be important for the US to increasingly engage with foreign nations to ensure bilateral and multilateral cooperation on IP issues.”

Added Drake: “The more other nations adopt patent laws that align with US laws, the greater the benefit for both American companies and the global economy.”

Many lawyers feel a more cooperative approach to international relations will be essential in helping to maintain US leadership in IP, particularly at a time when other jurisdictions have been asserting themselves in areas such as SEPs. By engaging with international “forces at work”, in Iancu’s words, the US may soak up the pressure and maintain its leadership in IP. The country's critical mass is good at consuming challengers by bringing them into the fold—might this also work in the race to lead patent standards?

One major win for the US during Iancu’s term was the election of Daren Tang as the new director-general of the World Intellectual Property Organization (WIPO). The US threw its weight behind Tang and against the Chinese candidate Wang Binying, with Trump officials warning that Chinese leadership of WIPO would set a dangerous precedent.

On the domestic front, Iancu deserves credit for strengthening the US patent system, but it will be up to Congress to finish the job, lawyers argue. His most significant achievement at home could well be the guidance on patent-eligibility, issued to patent examiners in 2019.

John Lu, a partner at Milbank, said that the USPTO had “increased the reliability of the patent grant and created a more pro-IP environment” during Iancu’s term in office. The most tangible effect of this can be seen in post-grant proceedings, such as inter partes reviews, which are now “statistically less likely to invalidate patents,” Lu said.

But one of the major outstanding issues is that the USPTO’s guidelines apply only to its own examiners, and are not binding on the US Court of Appeals for the Federal Circuit.

The Supreme Court, meanwhile, has shown little to no interest in revisiting section 101, leaving Congress as the only institution with the ability to truly resolve the issue.

The court refused certiorari in Athena v Mayo last year, despite a recommendation from the Solicitor General and a “badly splintered Federal Circuit,” noted David Gindler, also a partner at Milbank.

According to Gindler, Congress should “step in to clarify this muddy area of law, and it should be a priority for the next director to work with Congress to push such legislation through”.

The next USPTO director will face pressure to lobby Congress for a permanent solution to the section 101 impasse. Ultimately though, it will take political will at a time when the Biden administration’s in-tray is full of more pressing challenges.

If Iancu’s successor can help shape a legislative solution to one of the biggest problems facing the domestic patent system, this would surely win the plaudits of lawyers and businesses. But taking on China and maintaining US leadership is likely to be a much harder task.