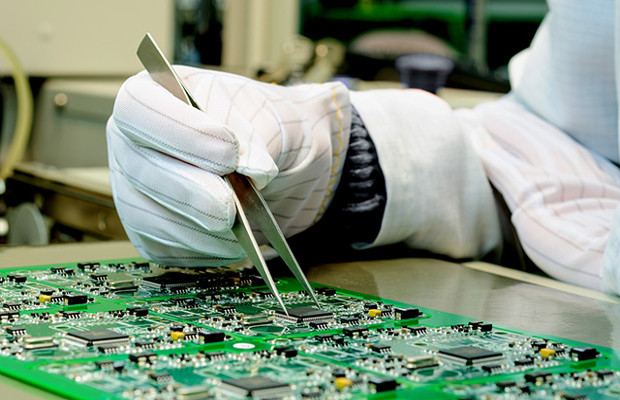 Pending legal reforms in the US are likely to make it easier for semiconductor companies to enforce their IP rights, even if attempts to amend the patent system have stalled. WIPR reports.

Semiconductor chips are found in many of the products we take for granted and cherish, from mobile phones to life-saving medical devices. The industry is worth an estimated $300 billion globally and employs around six million people in the US.

The foundation of such a huge industry is intellectual property. Patent rights contribute towards creating a space for the most innovative companies to develop and commercialise their products. Trade secrets protection is also essential to an industry that is notoriously protective about its operations.

One of the biggest issues facing the semiconductor industry in recent years is the proliferation of fake chips entering the supply chain. In 2013, the Semiconductor Industry Association (SIA), a trade body, published a white paper highlighting its concerns about the number of fake products entering distribution channels.

The report stated that counterfeit products have proliferated because of poor purchasing and supply chain practices. It said that fake components reported to the SIA usually come from market sources not authorised to sell semiconductor products.

As a remedy to this problem, the SIA has urged manufacturers to purchase only from authorised sellers. But this alone has arguably not been enough to deal with fake semiconductors, a message understood by legislators in Washington.

Protection at the border

In February, the Trade Facilitation and Trade Enforcement Act of 2015, otherwise known as the customs bill, was passed in order to tackle counterfeit semiconductor products entering the US border. The bill now requires the signature of US President Barack Obama.

Once the law is adopted, the Customs and Border Protection agency (CBP) will be required to inform IP owners of counterfeit products seized by the agency at the border. Information on the products’ origin and data samples must be shared with the relevant right owner.

“The CBP had this rule that we felt impeded the enforcement of our trademark laws and impeded our ability to stop counterfeits at the border. The bill will require the CBP to issue a new rule in that regard,” explains Isaacs.

Previously, the CBP would provide only certain information about seizures to right owners. Serial numbers, which can help to immediately identify whether a product is counterfeit, would often be redacted.

“This bill, once it is signed into law, will require the CBP to re-think that policy,” says Isaacs.

On top of the customs bill, semiconductor companies can look forward to Congress passing the Defend Trade Secrets Act. In January, the bill took one step forward after the Senate Judiciary Committee approved it, and it now heads to the full Senate, where it is due to be voted on later this year.

If the bill is approved, IP owners will be able to secure federal relief for the misappropriation of their trade secrets, as opposed to going through individual state courts.

Also, under “extraordinary circumstances”, a judge may order the seizure of another party’s property in order to “prevent the propagation or dissemination of the trade secret that is the subject of the action”.

Deciding between patent and trade secrets protection is a challenge for the semiconductor industry. Opt for patents and you receive vital protection for your ideas, but the downside is that you reveal to your competitors where your research is headed. Trade secrets ensure confidentiality, but companies remain at risk of valuable ideas being misappropriated. There is the added burden of proving that you hold the rights to the information.

Adeel Akhtar, managing partner at law firm Knobbe Martens, says the choice between the different types of protection is not easy.

“Trade secrets are much harder to enforce, and there is more of a burden to show you own some rights to begin with. There is a lot you have to prove: you have to prove not just that you kept the secret but also that there is a lack of information in the industry that gives you value. That’s not always an easy thing to prove.

“Trade secrets are not as clean as patents for enforcement. There are clients who recognise that despite the difficulties in finding evidence of infringement, they find it worthwhile to protect those types of inventions by patents—the reason being that they figure they’re going to end up in litigation over related IP with somebody,” he says.

The passing of the bill would make enforcement easier and trade secrets a more attractive form of protection.

Currently, IP owners can obtain remedies only in one state where trade secrets are misappropriated. It means that IP owners have to take each case to individual state courts in order to obtain relief.

The new legislation is intended to change that by enabling real uniformity across the nation: a single ruling would apply to all 50 states.

While trade secrets reform has progressed, improvements to the patent system have been slow. At the beginning of 2015, the Innovation Act, the Protecting American Talent and Entrepreneurship Act (PATENT) Act, the Support Technology and Research for Our Nation’s Growth Patents Act (STRONG Patents Act) and the Targeting Rogue and Opaque Letters Act (TROL Act) were steadily making their way through Congress. Built on a wave of support from Silicon Valley, reform seemed inevitable.

“Trade secrets are much harder to enforce, and there is more of a burden to show you own some rights to begin with."

But progress has stalled due to a lack of consensus among stakeholders. The motivation behind reform is cutting abusive litigation from non-practising entities (NPEs), which frequently target technology companies. A report from Unified Patents, an organisation that claims to fight ‘patent trolls’, showed that in 2015 patent litigation went up by 14% compared to the previous year. NPEs made up two-thirds of the claimants.

Akhtar says your perspective on patent reform depends on whether you’re a small or a large company.

“Large public companies come down one way and start-ups come down another. Large companies with big revenues are the targets for a lot of NPEs and that is where all this talk of patent reform comes from.”

For Akhtar, the caricature of the NPE as a villain stymies the debate and he remains neutral on the question of patent reform.

“NPEs have existed since time immemorial and to some extent all these big companies are NPEs. They file on many ideas that never came to fruition and yet they do not necessarily abandon those patents. They become defensive tools that are maybe used against somebody else in litigation.”

Isaacs says the semiconductor industry has not been able to find a consensus on what patent reform should look like.

“Patents are vitally important and we don’t think there should be dramatic or radical changes to the system. We believe in a slow, balanced approach because our companies are both plaintiffs and defendants,” he says.

He adds that he would be supportive of a “reasonable dispute mechanism” to deter “frivolous litigation” but that the right legislative language has not been found to address that issue.

One way of avoiding such frivolous claims is for better quality patents to be issued. The Electronic Frontier Foundation runs a regular feature on the “stupidest” patents issued by the US Patent and Trademark Office (USPTO). Usually, these are in the hands of what many call patent trolls.

Parties are using the USPTO’s Patent Trial and Appeal Board to knock out such patents. Apple, which has backed “meaningful” patent reform, was the biggest filer of inter partes review (IPR) petitions in 2015, according to a Lex Machina report. Samsung was the second biggest filer.

The PTAB was created by the America Invents Act, and Ahktar says it has proved to be a “huge tool” because PTAB trials focus “solely on the patent” and whether it is valid. He accepts that bad patents will be issued, but says that legislators may need to look at providing more resources for USPTO staff during the examination process, instead of introducing broad reforms.

Disputes involving semiconductor companies have assisted in shaping IP laws. One of the highest awards in a patent case went to Carnegie Mellon University after semiconductor company Marvell Technology was found to have infringed two of its patents. Carnegie initially won $1.54 billion in damages, among the highest awards in US patent law, but this was scaled back by the US Court of Appeals for the Federal Circuit. Both parties opted to settle this year with Marvell agreeing to pay $750 million to the university.

Sometimes the payout is not high enough. In February, the US Supreme Court heard arguments in the dispute between electronics companies Halo and Pulse. Nevada-based Halo prevailed in persuading a US court that Pulse infringed two of its patents, but was awarded ‘just’ $1.5 million in damages—small change compared to Carnegie. It was disappointing for Halo because it had sought a ruling that the patents were wilfully infringed.

US courts triple a damages award if they determine that a defendant has wilfully infringed the patent. Halo complained that the threshold for such an award is too high. As the case heads to the Supreme Court, many expect that the federal circuit’s criteria for determining wilfulness will be rejected in favour of a less restrictive test. The case has attracted huge interest in the IP field, with parties falling down on both sides of the argument.

The year 2016 may prove to be a big one for the semiconductor industry. Many are expecting the Supreme Court to alter the federal circuit’s wilful infringement test, while the customs bill and trade secrets reform do not have too many hurdles in their way. Questions remain over patent reform, and the lack of consensus suggests that more time is needed.