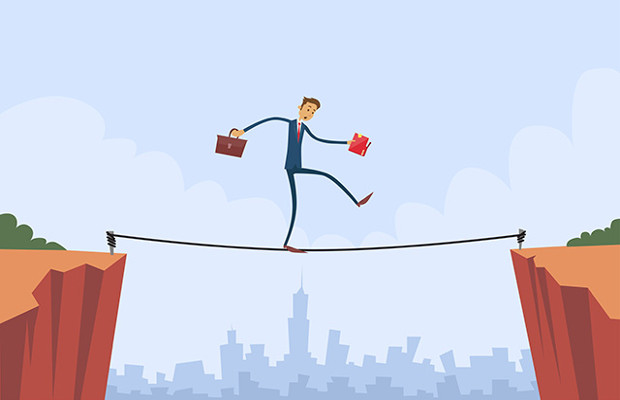 In its four years of operation the PTAB has tried to find the right balance for petitioners and patent owners, and the proceedings at the board will continue to be tweaked and improved, says Stephen Maebius of Foley & Lardner.

After four years of experience implementing the provisions of the America Invents Act (AIA), which governs inter partes reviews (IPRs), post-grant reviews (PGRs) and covered business method reviews, the Patent Trial and Appeal Board (PTAB) continues its efforts to improve the proceedings for petitioners and patent owners.

Three primary sources of authority have shaped PTAB procedures over these last four years: (1) select decisions from the PTAB itself which are designated “informative”; (2) PTAB rule changes; and (3) appellate decisions of the US Court of Appeals for the Federal Circuit and Supreme Court. A combination of these three forces has led to an improved set of proceedings which strive to provide better balance for petitioners and patent owners within the statutory constraints of the AIA. However, they are still very much a work in progress, and continued evolution is likely in a number of areas.

One of the very first PTAB decisions to be designated “informative” (the 27th IPR filed after passage of the AIA) was Idle Free Systems v Bergstrom, which set tight limits on a patent owner’s ability to amend claims during AIA proceedings. In particular, this decision held that a patent owner may substitute only one claim for an existing claim, may not present amendments that are not responsive to a ground of unpatentability, and must carry a burden “to persuade the board that the proposed substitute claim is patentable over the prior art of record, and over prior art not of record but known to the patent owner”.

These limitations on the ability to amend claims have become a hallmark of AIA proceedings, an issue which continues to be frequently challenged on appeal. Despite some relaxation brought about in certain appeal decisions and subsequent informative PTAB decisions, the burden remains difficult to meet for most patent owners. If the patent owner does not have a pending continuation application in which to introduce amended claims, its other options are to seek reissue or ex parte reexamination.

Unrestricted ability to amend is one of the problems that plagued inter partes reexamination, the proceeding that we had before the enactment of the AIA. Patentees could add as many claims as they wanted with any number or type of amendments, which led to long pendency and created a great deal of extra examination work for the US Patent and Trademark Office (USPTO). While the AIA provides a right to amend, it also sets a one-year limit on the proceedings, which means that open-ended amendment practice would have made it very difficult for the PTAB to complete the proceedings on time. This explains the PTAB’s early adoption in Idle Free of strict limits on the right to amend.

“The Federal Circuit has generally upheld (with a few exceptions) the heavy restrictions imposed by the PTAB on a patent owner’s right to amend.”

A later informative decision (Masterimage 3D v Reald) partly rolled back the broad scope of prior art that needs to be addressed in a motion to amend by the patent owner, which had made it difficult to complete a motion to amend within the prescribed page limits set by PTAB rules. Further liberalisation of the right to amend may come about through the decisions discussed below, but overall, the success rate for motions to amend remains very low (5%, according to USPTO statistics).

After an extensive fact-gathering period that involved public meetings and solicitation of written comments from the public, the PTAB proposed and then implemented a set of rules changes on May 2, 2016. The most important change is the ability for a patent owner to present new evidence in a preliminary response. The ultimate impact of this will depend on the quality of evidence a patentee can generate within the three-month period for filing a preliminary response, but it may potentially allow some patentees to prevent institution in situations where they otherwise would not be able to do so under existing rules which bar the use of newly created testimony and evidence at the pre-institution stage.

Other changes that have occurred through PTAB rulemaking in the first four years include expanded page and word limits for certain filings, and a certification that must be made by those filing papers in AIA proceedings as an added layer of assurance that the proceedings are not being initiated to harass a party or abuse the process. An overview of the rule changes is shown in Table 1.

Because these rules were just implemented on May 2, it is still too early to determine their full impact. While the rule changes relating to use of new testimonial evidence in a patent owner’s preliminary response may increase the amount of pre-institution work for the PTAB, if the total number of proceedings that are instituted is reduced as a result, then they will probably have the effect of a net reduction in workload for the PTAB, since the majority of the work comes from the post-institution phases.

During the first four years, the PTAB’s decisions have largely been affirmed at the Federal Circuit. In particular, the Federal Circuit has generally upheld (with a few exceptions discussed below) the heavy restrictions imposed by the PTAB on a patent owner’s right to amend, as well as the PTAB’s interpretation of the AIA as barring appeals against its initial institution decisions. So far, there has been only one IPR appeal accepted by the Supreme Court, which is discussed next.

In Cuozzo, the Supreme Court affirmed the PTAB’s position on use of the broadest reasonable interpretation standard for construing claims during most AIA proceedings (an exception is where the patent is likely to expire during the proceeding, in which case Phillips-style claim construction is used like normal district court litigation claim construction).

The Supreme Court further confirmed that parties may not appeal against an institution decision, other than in extreme situations involving constitutional questions (eg, due process), violations of the Administrative Procedure Act (eg, arbitrary and capricious rulings) or other “shenanigans”, to quote the court.

In re: Magnum Oil Tools

In Magnum, the Federal Circuit partially reversed the PTAB on the question of burden-shifting. Specifically, the court found that it was an error for the PTAB to have treated its institution decision as an automatic finding of prima facie unpatentability that shifts the burden to a patent owner. Instead, it is still proper for a patent owner to argue that a petition fails to meet its burden of establishing unpatentability, despite an initial institution decision by the PTAB. While this will have a modest impact on outcomes, it does provide an additional procedural option for patent owners.

In Nike v Adidas the Federal Circuit partially relaxed the hurdle for a patent owner to amend claims during an IPR or other AIA proceeding. This follows the PTAB’s own earlier partial relaxation of the hurdle for patent owners to amend in its Masterimage decision (discussed above), in which the PTAB found that patent owners do not need to show patentability over all prior art in the universe, but only that known to the patentee.

In Nike, the court found that it was an error for the PTAB to have denied entry of Nike’s amendment on the basis that Nike provided a conclusory statement that the proposed claims were patentable over prior art known to the patentee. The court stated: “We cannot see how the statement used by Nike would be inadequate, absent an allegation of conduct violating the duty of candour. We therefore conclude that this was an improper ground on which to deny Nike’s motion to amend.”

In re: Aqua Products

In a rare grant of a petition for a rehearing en banc, the Federal Circuit decided that an appeal “warrants en banc consideration” of who bears what burden when amending an IPR. From the very beginning of IPRs, the PTAB has required the patent owner to bear the burden on a motion to amend (see above discussion of Idle Free Systems). That is, when a patent owner during an IPR filed a motion to amend its claims, the board required the patent owner to prove the patentability of its amended claims.

That requirement might soon change in view of the Federal Circuit’s decision in Aqua to revisit the burden question en banc with all members of the court. An outright reversal of the PTAB on this issue could substantially increase the workload for the PTAB, shifting its role more in the direction of having to examine and assess patentability of claims proposed by a patent owner. Of course, a reversal would be welcomed by patent owners, who feel that the current bar is set too high.

Looking back over the first four years we see a number of changes that have resulted from the PTAB’s own “informative” decisions, rulemaking, and appellate review. There will probably be more significant changes to come in the area of right to amend by a patent owner when the Aqua decision comes out. In addition, new challenges may arise from the new set of rules implemented by the PTAB on May 2, which could help to shape the contours of the pre-institution battleground created by the inclusion of new testimonial evidence in a patent owner’s preliminary response.

Overall, we see that the PTAB is trying to find the right balance for petitioners and patent owners, while continuing to operate within the constraints of the AIA statutory framework. The proceedings will continue to be tweaked and improved, but the basic process has been established and affirmed by our highest court. AIA proceedings (as judged by the number of new petitions) seem to have levelled off, but they have reached a level of popularity few would have predicted four years ago, demonstrating their value as an alternative, and in many cases adjunct, to litigation.

Stephen Maebius is a partner at Foley & Lardner. He can be contacted at: smaebius@foley.com