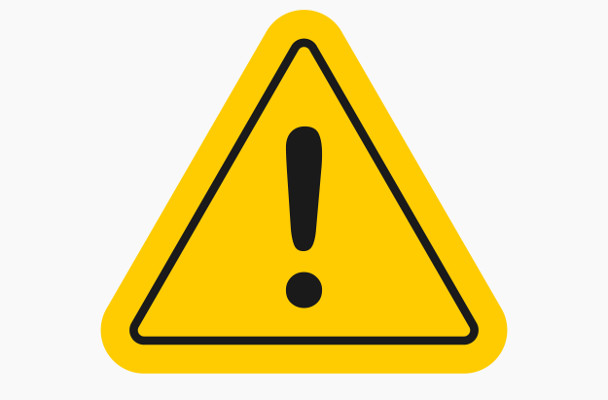 Since the adoption of the America Invents Act and the institution of the inter partes review (IPR) proceeding, the question of how a real party in interest to an IPR is defined has presented challenges for petitioners, and opportunities for patent owners, as Amanda Tessar, Bing Ai and Elizabeth Banzhoff of Perkins Coie explain.

In an inter partes review (IPR), a correct real party in interest (RPI) analysis is vital for both petitioners and patent owners. Failure to identify an RPI to a petition may result in a petition being denied institution and, if the petition is filed near the one-year bar deadline and the denial of institution comes after that deadline, the petitioner is time-barred from filing a corrected petition.

Similarly, RPI mistakes may result in severe estoppel consequences for a petitioner (and its RPIs) in a parallel district court or International Trade Commission (ITC) litigation.

These dire consequences mean that patent owners should consider challenging the RPIs identified in petitions as insufficient, especially when a petition is filed near the one-year bar deadline.

In short, to avoid unintended (and potentially outcome-determinative) consequences, parties to an IPR should exercise extreme care in determining whom to identify as RPIs, and patentees should carefully evaluate whether such designations have been made properly.

The America Invents Act (AIA) identifies three entities who may be involved with the filing of an IPR petition: (1) the petitioner itself; (2) other RPIs; and (3) privies of the petitioner.

The AIA generally defines the petitioner to be “a person who is not the owner of a patent”, but is silent on the definition of an RPI and a privy. The Patent Trial and Appeal Board (PTAB), like the courts, relies on the common law to supply these definitions. The AIA imposes different rules and procedures on each of these three categories.

To take another example, a privy of the petitioner may file a declaratory judgment action to invalidate a patent without creating a bar to a subsequent AIA petition on the same patent before the PTAB, whereas the petitioner or other RPIs cannot.

The PTAB requires that petitioners in an IPR identify all privies or RPIs for the petition. The function of this requirement is twofold: (1) to assist the board in identifying conflicts; and (2) to assure proper application of statutory estopped provisions.

A petitioner’s failure to identify all RPIs in the initial petition can be fatal to the petition if not timely cured. The PTAB has terminated AIA proceedings due to this defect both at and after institution, including at AIA trials near the oral hearing stage.

It is essential for petitioners and patent owners in AIA proceedings to understand what constitutes an RPI and privy of a petitioner.

Whether a party should be named as an RPI to an IPR is a highly fact-dependent question. Recently, the PTAB defined RPI as the “party that desires review of the patent”, which could be the petitioner or a party on whose behalf the petition has been filed.

“Parties to an IPR should exercise extreme care in determining whom to identify as RPIs, and patentees should carefully evaluate whether such designations have been made properly.”

A key factor in the RPI analysis is determining whether the “non-party exercised or could have exercised control over a party’s participation in a proceeding”. The rules, however, do not set forth a single determinative test, factor or definition. Indeed, varying PTAB panel interpretations of the relevant standards often lead to unpredictable results.

Many PTAB decisions considering the question of whether a party is a privy of the petitioner rely on the multifactor test set forth by the US Supreme Court in Taylor v Sturgell.

In Taylor, the court, although acknowledging that it was not establishing a “definitive taxonomy” to show whether a third party is a privy, identified the following factors as relevant:

The PTAB has frequently focused on the fourth factor (control) as all but determinative, but “courts and commentators agree that there is no bright-line test for determining the necessary quantity or degree of participation to qualify as a ‘real partyininterest’ based on the control concept (VirnetX v Apple).

Under 35 USC §315(e)(2), the petitioner in an IPR and its RPIs or privies are stopped from asserting in the district court litigation any invalidity ground it raised or could have raised in the IPR.

But, to date, there is almost no federal district court case law grappling with the merits of RPI determinations at the PTAB. At most, there is a line of cases where district courts effectively impose a “voluntary” estoppel on parties in exchange for an order staying those cases.

RPI issues have also arisen in the context of district court litigation when parties have fought about the propriety of rule 45 subpoenas to non-parties relating to RPI questions.

The case law so far indicates that a patent owner may seek discovery in the district court to determine who is an RPI of a petitioner in an IPR, but there is limited authority on this point and, naturally, defendants in the underlying case frequently resist such discovery.

As the law develops and the initial waves of IPRs are completed, it is all but certain that RPI district court case law will develop to better delineate exactly how far estoppels will extend at the district court level.

Opportunities abound for patent owners to push for discovery regarding typically behind-the-scenes relationships between defendants, corporate affiliates, membership organisations, and customer and suppliers.

The importance of the RPI determination in an IPR proceeding cannot be overstated. In part 2 of this article, we will break down the different categories of situations in which the PTAB has analysed the RPI issue, as well as provide practical tips for managing some of these issues.

Amanda Tessar is a partner at Perkins Coie. She can be contacted at: atessar@perkinscoie.com

Bing Ai is a partner at Perkins Coie. He can be contacted at: ai@perkinscoie.com

Elizabeth Banzhoff is an associate at Perkins Coie. She can be contacted at: ebanzhoff@perkinscoie.com