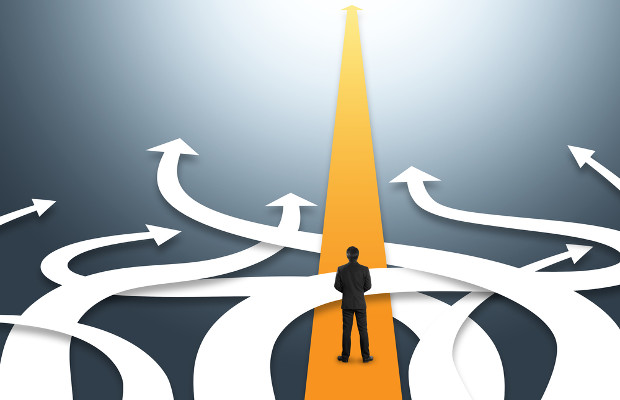 While US courts and the USPTO continue to apply the Mayo test differently, patent practitioners should consider three strategies to promote subject matter eligibility in light of Alice and Enfish, says Christa Brown-Sanford of Baker Botts.

The US patent eligibility doctrine was upended by the Supreme Court’s Alice v CLS Bank case, which applied the two-step Mayo v Prometheus test to computer-related inventions. The first, or “ineligible concept”, step is to determine whether the claim at issue is directed to a law of nature, a natural phenomenon, or an abstract idea. If it’s not, the claim is eligible under 35 USC §101. If the claim is directed to an ineligible concept, the second, or “inventive concept”, step is to determine whether an inventive concept exists that is sufficient to transform the claim into patent-eligible subject matter. If an inventive concept exists, the claim is eligible.

Even with this framework, its application varies across courts and within the US Patent and Trademark Office (USPTO). The US Court of Appeals for the Federal Circuit’s Enfish v Microsoft decision in May elaborated on how to apply Mayo to computer-related inventions.

After Alice, §101 rejections increased significantly, but Enfish has taken a more permissive approach to computer-related technology, and software in particular.

Enfish clarified what constitutes an abstract idea under the “ineligible concept” step. The court held that the claimed “self-referential” table was “an innovative logical model for a computer database,” and not directed to an abstract idea. This self-referential table had features that were absent in prior art, which yielded several benefits including faster searching, more flexibility in database configuration, and more effective data storage.

In analysing the first step, the Federal Circuit distinguished claims “directed to an improvement to computer functionality”, which are patent-eligible, from claims in which “computers are invoked merely as a tool”, which are not. Applying this distinction, the court found the self-referential table a patent-eligible concept, particularly because the “plain focus of the claims” was on improvement to computer functionality.

The court further clarified that Alice should not be read as treating all computer-related technology—or all software—as inherently abstract in step one. Assessing claims at such a high level of abstraction, it warned, “all but ensures that the exceptions to §101 swallow the rule”.

Core Wireless Licensing SARL v LG Electronics, a case decided in March by Judge Gilstrap in the US District Court for the Eastern District of Texas, also involved a claim of patent ineligibility under §101. In a motion for summary judgment, the defendant argued that the claim at issue failed the firststep because it was “directed to the abstract concept of displaying an application summary window while the application is in an unlaunched state”.

The court disagreed, stating that the concepts of “application”, “summary window,” and “unlaunched state” are specific to devices such as computers. According to the court, the claim did not recite an abstract idea, but rather purported to “improve the functioning of the computer itself”. Even if the recited claim was directed to an abstract idea, the court said, it would still be patent-eligible since it passes the machine-or-transformation test.

“Absent a computing device and a display screen, it is not clear how or why one would display an ‘application summary’ corresponding to one or more applications ‘in an unlaunched state’. Claim 1 is confined to a specific, concrete machine.”

“In step one, examiners must keep in mind that claims ‘directed to an improvement in computer-related technology’ are not likely to have been found abstract by courts.”

In contrast to Enfish and Core Wireless, in May the Federal Circuit in TLI Communications v AV Automotive rejected claims drawn to a method and system for taking, transmitting, and organising digital images as a patent-ineligible abstract idea. The court first determined that the claims were directed to the abstract idea of “classifying and storing images in an organised manner”.

Unlike the claims in Enfish, which were “directed to an improvement to computer functionality”, the physical components in TLI’s claims (a telephone unit and a server) “merely provided a generic environment in which to carry out the abstract idea of classifying and storing digital images”. Under step two, the court found “generic computer components insufficient to add an inventive concept to an otherwise abstract idea”. The claimed functions performed by the telephone unit and server were “well-understood, routine, activities previously known to the industry”.

Just before Enfish, the USPTO provided examiners with guidance for applying Mayo to formulate §101 rejections and evaluate subsequent responses. To be rejected, a claim must fail both steps of the Mayo test. So, when rejecting a claim, examiners must first “identify and explain the judicial exception recited in the claim”, whether it is a law of nature, natural phenomenon, or abstract idea.

Citing an “appropriate court decision” to explain why a claim recites an abstract idea is “best practice”. If the claimed invention is directed to patent-ineligible subject matter based on step one of the Mayo test, examiners must still explain in step two why additional claim elements, both individually and as a combination, do not result in a claim amounting to “significantly more” than the judicial exception.

Additional elements amount to “significantly more” if they:

In evaluating responses, examiners must apply the appropriate Mayo step and either withdraw the rejection or provide a rebuttal.

The USPTO also provided updated guidance to examiners in response to Enfish, highlighting two aspects of thatdecision that may focus examiners’ efforts. First, the updated guidance reiterated that, in determining whether a claim is “directed to an abstract idea”, examiners should compare the claims to “concepts previously found abstract by the courts”. Second, as part of the inquiry in step one, examiners must keep in mind that claims “directed to an improvement in computer-related technology” are not likely to have been found abstract by courts.

Comparison with USPTO practice since Alice indicates that, although ostensibly maintaining the post-Alice status quo, recent guidance raises the bar that examiners must meet to issue a rejection based on subject matter ineligibility.

While the courts and the USPTO continue to apply the Mayo test differently, patent practitioners should consider three strategies to promote subject matter eligibility in light of Alice and Enfish:

Christa Brown-Sanford is a partner at Baker Botts. She can be contacted at: christa.sanford@bakerbotts.com