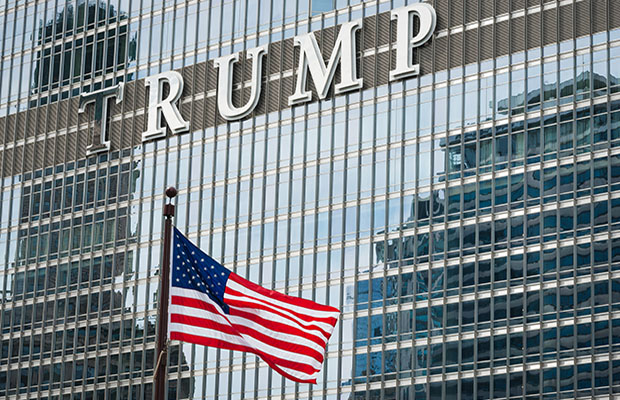 On January 23, Donald Trump became the 45th president of the US. But with his IP policies far from clear, there is disagreement over whether Trump’s impact on rights owners will be positive. WIPR investigates.

“Cautiously optimistic” is the sentiment expressed by Terry Clark, member at Bass, Berry & Sims, when talking about the impact of President Donald Trump’s administration on the intellectual property field.

It’s safe to say that Trump’s stance on IP is not clear-cut.

“Although there is currently a lot of uncertainty, we should see a significant impact on IP in the next three to six months, providing a better indication as to where IP is going,” says Clark.

During his campaign, Trump was never clear on his IP beliefs, meaning there’s been a lot of guesswork. What we do know is Trump’s strong stance on bringing manufacturing back to the US.

Clark adds: “Trump has unequivocally said that bringing manufacturing back to the US is a priority for his administration and some companies have already recognised the importance of this statement, causing them to prioritise research and development (R&D) efforts.

“Companies will look to protect that investment in R&D by increased patent filings,” says Clark, adding that Ford had the most US patents granted last year in the car industry.

At the same time, patent reform may slow or stop altogether under the new administration, he explains, making patents a more effective tool to protecting that investment.

A lot of reform was undertaken under the past administration, with the introduction of the America Invents Act (AIA) and inter partes review (IPR), to name but two initiatives.

“Everyone is thinking about what’s going to happen next as there there’s been such volatility in the industry—the AIA was closely followed by Alice v CLS Bank, the impact of IPRs and business method patents—but nobody has a definitive position on what will happen,” says Clark.

Josh Rich, partner at McDonnell Boehnen Hulbert & Berghoff, agrees, adding that although Trump’s future impact on IP is unclear, the president has a well-known interest in trademarks.

According to law firm Shearman & Sterling, a search of the US Patent and Trademark Office (USPTO) trademark database yields more than 100 different live trademarks owned by Trump or his companies.

Rich adds: “In terms of patents, he’s kept some of the same decision-makers in place so there may be some continuity.

“However, given his actions in relation to trade agreements, he seems to feel that perhaps IP is not as important as previous administrations have held it to be.”

Some parts of Trump’s policy have been clear, according to Steven Auvil, head of Squire Patton Boggs’ US IP litigation practice.

“Look at what Trump has said about trade, and in particular where he believes that US companies have been victims of theft by Chinese companies, for example,” says Auvil.

Trump believes that the US needs to do more to protect against such theft, whether it comes through cybercrime, or patent, trademark or copyright infringement.

In its publication, Shearman & Sterling added that although Trump doesn’t seem to have any direct experience with patents, his campaign was built on protectionist ideas.

This suggests that he would “strongly support” injunctive relief and large awards against imported goods found to infringe US patents owned by US-based companies.

A change of tune

In November last year, Trump announced his intention to withdraw the US from the Trans-Pacific Partnership (TPP), and on January 23 Trump abandoned his country’s involvement in the trade deal.

His reason for abandoning the TPP was “to represent the American people and their financial wellbeing in all negotiations, particularly the American worker, and to create fair and economically beneficial trade deals that serve their interests”.

This is not the best news for IP in the country, says Auvil.

“There were some helpful aspects of the TPP from an IP standpoint, and with the withdrawal we lose the benefits, many of which were sought by representatives of the US government and were generally favourable to IP owners,” he says.

"IP cases have been of particular interest to the court over the last few years and, with some issues still in development, Gorsuch could tilt the balance of the court."

Auvil is quick to add that the withdrawal doesn’t mean that IP is not important to the Trump administration, but rather that the new regime feels that the overall trade pact was not beneficial to US interests.

Trump has also sparked fears over the future of the North American Free Trade Agreement (NAFTA).

The president’s plan to renegotiate the treaty with Canada and Mexico is a “very fraught decision”, says Rich.

According to Rich, the 23-year-old treaty provided the backdrop to the TPP as well as bilateral trade agreements.

“NAFTA had already lifted barriers and increased IP protection, but seeking renegotiation will mean getting rid of this security net,” he says.

Filling in the blanks

Stepping into the shoes of the late Justice Antonin Scalia at the US Supreme Court is Judge Neil Gorsuch, who takes up the ninth position.

Nominated on the last day of January, Gorsuch currently serves as chief judge at the US Court of Appeals for the Tenth Circuit and has some experience in IP.

“This nomination will not fundamentally change the balance of the court,” explains Rich. “Scalia was conservative so the nomination will more or less maintain the status quo.”

Clark adds that IP cases have been of particular interest to the court over the last few years and, with some issues still in development, Gorsuch could tilt the balance of the court, one way or another.

“Most have predicted that Gorsuch will likely rule as Scalia would have done. However, it will be very difficult to predict at this time how he may rule on IP issues even if he applies the same philosophy as Justice Scalia,” says Clark.

Another recent selection by Trump is Robert Lighthizer as the new US Trade Representative (USTR).

Lighthizer, who would replace Michael Froman, previously served as deputy USTR during the Ronald Reagan administration and currently serves as a partner at the Washington offices of law firm Skadden, Arps, Slate, Meagher & Flom.

Wilbur Ross, a billionaire financier, has been nominated as secretary of commerce, while Peter Navarro, a business professor at the University of California, Irvine, was nominated as director of the newly-formed National Trade Council.

Perhaps unsurprisingly, Ross and Navarro co-authored an opinion piece in the Washington Post in September last year explaining that Trump would “renegotiate bad deals” such as NAFTA.

In the piece, they added that Trump would eliminate the trade deficit “not just by cracking down on currency manipulation, IP theft and other mercantilist cheating”, but by negotiating new deals and renegotiating “bad” deals, such as NAFTA.

Clark adds that Ross seems to be “very pro-IP” and that he has made his position clear that R&D is a critical part of strengthening and expanding US companies.

But, as with many other issues, things are still unclear over how much power Trump will devolve to his nominees.

“Trump seems to be more in favour of a protectionist trade policy than some of his nominees, but if they follow his lead, it seems as if the US will be seeking to ensure that American jobs are prioritised over international trade,” says Rich.

Speculation remains around Michelle Lee, the current director of the USPTO.

Rumours have swirled over whether the former Google lawyer will step down, be replaced or retain her role.

“Under Lee, the office has brought down pendency and delays, and the Patent Trial and Appeal Board was put together under her watch,” says Auvil. “She may be one of a limited number of political appointments that is reappointed.”

Although Trump’s position on IP in the US and abroad seems unclear, only time will tell.