In the red: a costly position for ISPs post-Cartier? 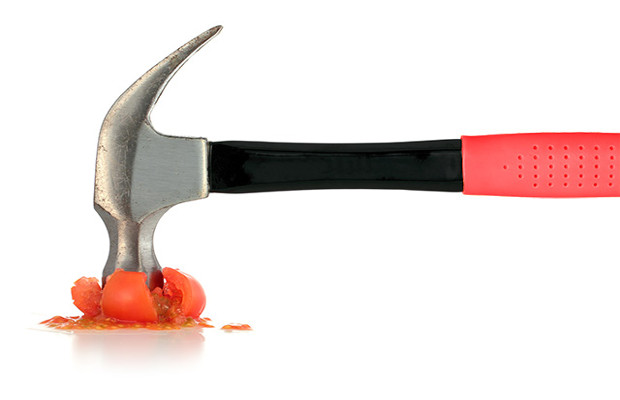 Following a court ruling in favour of Richemont, trademark owners in the UK will be happy that they can ask for ISPs to block access to websites selling trademark-infringing goods. However, there is likely to be further wrangling over certain issues—including costs, as WIPR reports.

For years, copyright owners in the UK have taken solace from website blocking orders.

They may not always be effective, and at times can be difficult to obtain, but the fact that the option is there comes as welcome relief to rights owners if they discover their work has been infringed online—sometimes on a huge scale.

Until recently that same right was not afforded to trademark owners.

In July this year that changed when the English Court of Appeal upheld a landmark 2014 ruling by the High Court which gave brand owners the power to request blocking orders for websites that infringed their trademarks.

Richemont, which owns brands including Cartier and Montblanc, successfully sued the ISPs requesting that brands be given the power to ask for a court order that would prevent access to sites selling counterfeits. The case concerned numerous trademarks owned by Richemont, including ‘Cartier’.

George Sevier, principal associate at law firm Gowling WLG, says he doesn’t expect the appeal court’s judgment to be overturned, even if it is heard at the Supreme Court, adding that the judgment appears sound.

Will the ruling work?

Given the problems copyright owners have faced, particularly with the various circumvention methods available, will the ruling have its desired effect?

Sevier thinks so. “One of the objectives of any anti-counterfeiting strategy is to discourage counterfeiters’ focus on the brand concerned—to make their lives difficult so that they put their efforts elsewhere.

“Effective use of website blocking orders should certainly have that disincentive effect,” he says.

Arthur Artinian, partner at law firm K&L Gates, agrees, adding that the ruling will assist in tackling repeat infringements where cease-and-desist letters and notice and takedown options are not practical.

According to the judgment, for a blocking order to be approved, a judge must be satisfied that it is necessary, effective, dissuasive, not complicated or costly, and that it strikes a “fair balance” between fundamental rights while being proportionate. Of course, from a brand owner’s point of view the objective will be to get the offending websites removed at all costs, but how many of these boxes will be ticked in the typical court request?

Sevier says that a blocking order will never be 100% effective but that there are key advantages over what has been on offer previously, meaning success may be more likely.

“Until now, brand owners have had largely to deal with blocking orders one by one, and when websites have been taken down, either through making domain name complaints or getting hosts to take down the sites, they often pop up again.

"if there is a trend of ISPs and intermediaries challenging costs, then brand owners will likely use the blocking injunction option sparingly and only for the most serious of cases.”

“Key advantages of a blocking order are that a single order could potentially block access to hundreds of websites, and the orders are flexible, so that if a website moves address, it can continue to be subject to the order.”

The Cartier ruling also sought to ensure a balance between an ISP’s right to carry on business and internet users’ freedom to receive information.

Despite ISPs not being directly involved in counterfeiting, they are, as the judgment confirms, intermediaries, and should therefore be required to bear the cost of implementing the blocking orders.

The labelling of an ISP as an intermediary is nothing new but the term has caused difficulties in the past.

This came to the fore in a 2011 decision by the Court of Justice of the European Union (CJEU). In L’Oréal and others v eBay, the CJEU clarified that article 11 of the EU’s enforcement directive, which enables copyright-infringing items to be removed from a website, can be extended to trademark owners.

The ruling was a first step in rights owners’ quest to secure outright blocking orders for trademark-infringing websites.

The extra power has since gone a step further following the Tommy Hilfiger Licensing and others v Delta Center case in July this year. The CJEU ruled that brand owners could also tackle goods infringed on physical markets.

In the L’Oréal judgment, the CJEU said that an operator that provides a service to third parties, and which then offers the possibility of selling counterfeits, must be classified as an intermediary.

Much the same argument can be attributed to the Cartier ruling.

Martin Ochs, senior associate at law firm Hamlins, says the court made it clear that the operators of infringing websites “need the service of the ISPs” in order to sell the counterfeits.

“It follows, therefore, that the ISPs are inevitable and essential actors in those infringing activities,” he adds.

Sevier predicts that ISPs will be keen to shift the attention to rights owners, particularly when it comes to who should bear the costs of successful blocking orders.

The Court of Appeal’s judgment said that the unsuccessful party in the dispute, in this case the ISPs, should be ordered to foot the bill
for the orders.

Lord Justice Kitchin, who wrote the majority opinion, ruled that applications for blocking orders against ISPs should not be treated in the same way as Norwich Pharmacal orders. The orders, which stem from the 1974 High Court case Norwich Pharmacal v Customs and Excise Commissioners, demand the disclosure of information.

They are granted against a third party that has been innocently mixed up in wrongdoing. It could be argued that ISPs find themselves in a similar position in the Cartier dispute. The Norwich Pharmacal case established that because the order is made against an innocent third party, the applicant should normally be required to pay those third party’s costs.

However, in Cartier, Justice Kitchin ruled that the costs should be met by ISPs, provided the measures that they had to take in order to carry out the order were not unnecessarily costly or difficult.

Lord Justice Briggs issued a short dissenting judgment, in which he argued that the costs should be met by the claimants.

Sevier believes that of all the issues covered in the case, deciding who should be responsible for the costs is something we have not heard the last of.

He says: “There seems to be more scope for appeal of this point, and it is arguably more important for the ISPs. Any decision on the cost of implementing blocking orders in a trademark context may have a wider effect and is likely to bring into question the established practice made under the Copyright, Designs and Patents Act 1988 (though then in respect of copyright infringement).”

Artinian expects that this provision could in fact have the opposite effect and deter rather than encourage brand owners asking for injunctions.

He explains: “Although it remains to be seen whether ISPs will dispute cost orders, if there is a trend of ISPs and intermediaries challenging costs, then brand owners will likely use the blocking injunction option sparingly and only for the most serious of cases.”

Ochs agrees, adding: “I’m sure the question will again be raised in relation to the technical costs of implementing the blocking orders and whether the ISPs will ultimately pass those costs on to their customers.

“The decision does appear to clear up finally that the court has jurisdiction to do so and indicates that the court expects the ISPs and rights owners to work together in the battle against counterfeiters operating online.”

At first glance it seems fair enough to extend a right that is already available to copyright owners to trademark owners, and Ochs, Artinian and Sevier are in agreement that the ruling represents a “logical step”.

But, as with any new judgment, the true effects of its provisions will take time to come to the fore.

ISPs are likely, and are entitled, to ask further questions about why they should bear the costs of a blocking order when they are not the direct perpetrators of infringements.

Further, if their dogged persistence to avoid paying costs puts brands off even applying for an order in the first place then we could find ourselves back to square one not before too long.

On a positive note, the Cartier and L’Oréal cases have hinted that trademarks may be starting to receive the same protection as copyright when policing IP online. Leaving cost concerns and the issues with implementing a successful order to one side, that alone should be seen as a welcome step.