Greener pastures for US patents 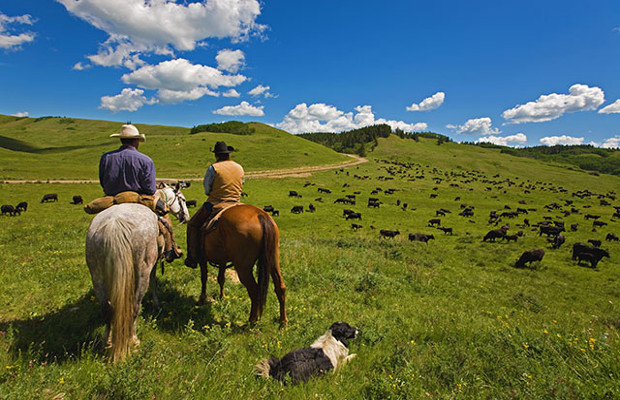 Will Brexit force US patent owners to shun the UK and seek protection in other countries and, if yes, who would take its place? WIPR investigates.

Figuring out where to file patents requires a lot of painstaking planning. Filing patents abroad is not a game of chance, and deciding on a destination to file can take weeks, or even years. One question is, where are US companies filing their patents and why?

Europe has always been a big hitter, but developments such as the UK’s decision in June to exit the EU—and, as is looking likely, shun the Unified Patent Court (UPC) Agreement—could have a major impact on the desirability of both Europe and the UK for US patent owners.

“When the European Patent Office (EPO) was established, the focus of US companies largely turned here in terms of filing,” says John Pegram, senior principal at Fish & Richardson.

At the end of the EPO procedure, patent owners receive a grant that has to be validated in each EPO member country of choice.

Pegram adds: “The UK will continue to be high on the list of validations, if only because it’s one of the cheapest countries in which you can validate.”

The UK will also remain a top destination for US companies “solely because of the size of the economy”, according to Joel Smith, partner at Herbert Smith Freehills.

He adds that even after the UK leaves the EU, the country will still be an “important market, given the historical ties”.

One advantage of filing patents in the UK is that the pound is currently so cheap compared to the US dollar, making it “quite a bargain”, according to Luke Dauchot, partner at Kirkland & Ellis.

But all three agree that despite the current benefits of filing in the UK, Brexit could have some potentially problematic consequences.

On November 3, the English High Court ruled that parliament must vote on whether the UK can trigger article 50 of the Lisbon Treaty, but a number of lawyers say intellectual property owners are still uncertain about the path ahead.

“Traditionally, US companies have used the UK as a staging post into the rest of the EU,” says Smith. “But, after Brexit, it’s inevitable that some companies will need to find a new staging post that is actually inside the EU.”

Pegram adds that he sees Brexit as “ultimately very negative” for both the EU and UK.

One of the main worries surrounding Brexit seems to be the uncertainty around the new patent landscape.

“The country will go from being in the leadership of the EU and having full access to the single market, to a situation where it’s very questionable what will happen over the next ten years or more,” Pegram cautions.

The referendum result has already had implications for the UPC Agreement, with the UPC’s preparatory committee deciding to postpone the recruitment of judges in light of Brexit.

Altogether, 13 member states including France, Germany and the UK must ratify the deal, and the latter two countries have yet to do so.

“What is fairly clear is that whatever the UK’s involvement in the UPC might be, it is not going to be as substantial as originally contemplated,” explains Dauchot.

The central division of the UPC will be based in Paris, with London (life sciences) and Munich (mechanical engineering) each hosting specialist seats, but this has been called into question.

He warns: “To anybody still counting on covering UK patent interests through general pan-European protection, and assuming that you could take time on deciding whether or not to nationalise in the UK, I would urge moving sooner rather than later to obtain UK-specific protections.

“To be sure, the European Patent Convention might not necessarily be impacted by Brexit, but there are peripheral ramifications in play, among them import/export considerations contingent on participation in the EU.”

He urges companies that have “substantial interests” in the UK to “begin taking steps to protect” themselves against the possibility that the UK will be independent.

While studying the unitary patent and UPC proposals, Pegram contacted a number of individuals based in the US and Japan to find out where their interests lay.

“I was surprised to find that a number of these companies were saying they would not take advantage of the unitary patent,” he says.

"after Brexit, it’s inevitable that some companies will need to find a new staging post that is actually inside the EU.”

He explains that there has been a big battle between industry and the EPO over maintenance fees of the unitary patent, an issue he believes will be a determining factor if it comes into force.

“Around half of the companies that file in Europe don’t file in more than three countries,” Pegram says.

He adds: “The EPO has suggested that companies will use the unitary patent because it would include countries with major container ports, such as Belgium and the Netherlands, where importation is likely to occur.

“Looking forward, if the unitary patent comes into force, patent owners would receive a fairly broad coverage at a lower cost.”

However, a number of companies in the pharmaceutical industry may not be attracted to this system in the beginning, as they would effectively be “putting all their eggs in one basket”, Pegram argues.

“On the other hand, some companies would like to take advantage, and are hopeful they would only need to get one opinion for a unitary patent as to the freedom to operate and scope. They’re looking for obtaining an opinion in only one jurisdiction, rather than many, if that’s practicable,” says Pegram.

Despite the doubts over the UPC’s future, Smith believes that “industry has been gearing up for the UPC and the advantages it brings for some time, such as reducing forum-shopping and ensuring greater consistency of decision-making”.

He explains that many sectors of industry still feel there are lots of advantages to the UPC, even if the UK isn’t a participant.

“The question is whether the UK will ratify the agreement so that the system can go live and start in the short term, or whether the whole system will be delayed because it becomes embroiled in wider Brexit negotiations.”

Brexit may not be all bad news for patent owners with interests in the UK.

“Some companies may benefit from a totally separate UK,” explains Dauchot. “One issue with a pan-European patent is that once it’s invalidated, it’s invalidated in all countries that have signed up to be part of that process.”

He adds that an independent UK removed from the EU may, depending on a number of variables, offer patent protection that no longer rises or falls based on extraterritorial challenges.

However, Dauchot adds that from his perspective as a litigator, when it comes to an international filing strategy, one concern is the ability to enforce a patent.

“My sense is that the UK was never a particularly popular location for enforcement. If you look strictly at the legal processes for enforcement, other countries that are part of the EU have more advantageous provisions.”

For example, he explains, in Germany there are strategic and tactical advantages to pursuing enforcement.

Germany appears to be a sought-after destination, with Pegram explaining that German litigation is “fairly favourable to patent owners” and efficient.

Pegram has spoken to some executives at Japanese companies that, instead of filing at the EPO, are filing only in Germany.

“The companies are filing only in Germany on the basis that a competitor who is selling across Europe will be doing business in the country.”

Outside the EU, China, Japan and India are popular patent filing destinations, especially for pharmaceutical companies.

“China is a country that any company with significant business in Asia has to look at and consider from a filing strategy viewpoint,” says Dauchot, adding that pharmaceutical companies in particular need to think about China.

“From a pharmaceutical standpoint, territorial protection is key for two reasons. First, the pharmaceuticals have a very broad market reach and second there is always the threat of generic competition. Capturing broad geographic slots is very important to the industry.”

Mexico and Canada also sit high on the list of filing destinations for US patent owners and, given the North American Free Trade Agreement, are likely to continue in such a prized place.

“Together, Canada and Mexico are about the size of the UK market, with a larger population, so there is a great potential for growth,” says Pegram.

Dauchot concurs, explaining that assuming there will be continued and robust US international trade policies, the two countries will become more important.

It appears that the UK could fall slightly out of favour with US patent owners, but there are plenty of destinations ready to take
its place.