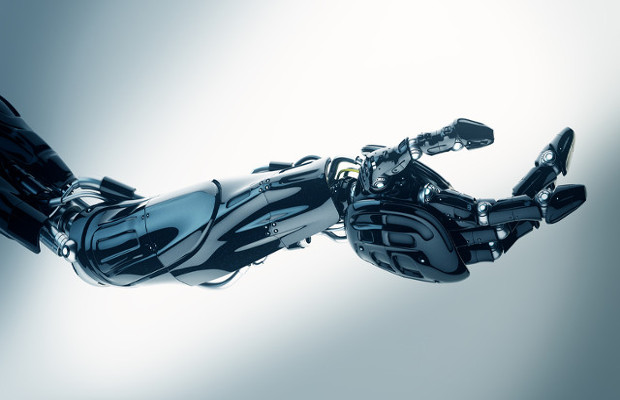 The prospect of printing your own car in the family garage is still a long way off, but the idea that the technology exists to make that possible is truly remarkable. Stuart Recher of Thomson Reuters reviews the 3D printing environment.

The year 2015 will go down in history as the time when 3D printing got real. The base technology was pioneered in 1983 and pundits had speculated for years about its prospects in everything from medicine to consumer goods. But in 2015, Iron Man reached out and grabbed us with a 3D-printed prosthetic hand and catapulted the technology into the mainstream.

The moment was captured forever in the image of Robert Downey Jr, the actor who plays title character Tony Stark in the “Iron Man”superhero films, presenting a robotic, prosthetic arm to a seven-year-old boy who was born with a partially developed right arm. His new arm, designed to look like Iron Man’s bionic appendage, can be controlled via a technology called electromyography (EMG), which reads the electrical signal from the brain and transmits it to the arm, producing a signal that triggers the opening and closing of the hand. Best of all, it was created with just $350 worth of materials using 3D printing technology. Comparable prosthetic limbs constructed using traditional production techniques typically cost around $40,000.

Videos of the seven-year-old’s Iron Man arm quickly went viral, along with news of the price tag for creating such a life-changing technology, unleashing a flurry of mainstream news about the prospect of 3D printing. Shortly after, the French cosmetics brand L’Oréal announced plans to team up with a bio-engineering start-up to 3D print human skin for use in product tests. By the summer of 2015, with 3D printing euphoria now in full swing, the US Food and Drug Administration (FDA) announced its first approval of a 3D-printed prescription pill for consumer use. Because 3D printers allow precise delivery of active ingredients, each dose can be individually measured and printed to create a tailored drug experience for patients.