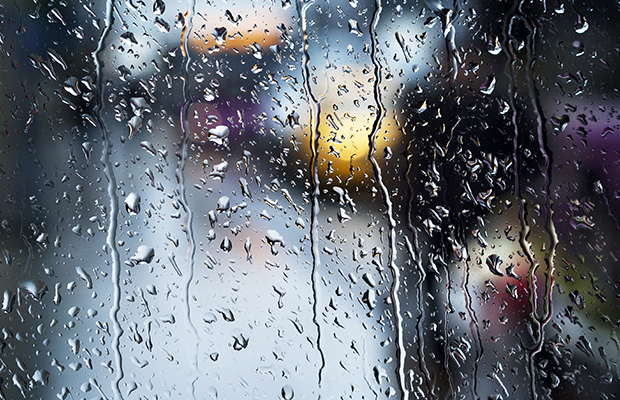 Over the past two years a clearer picture has begun to emerge on what litigation and licence agreements need to take into account in the FRAND area. Alexander Haertel of LESI reports.

Determining what constitutes a fair, reasonable and non-discriminatory (FRAND) licence has risen in importance over the past years, especially after the ground-breaking decision of the Court of Justice of the European Union (CJEU) in a case between two Chinese competitors (Huawei v ZTE) in 2015.

Such importance is given not only in litigation but even more in licence agreements and licence offers. In litigation the evaluation of a licence is necessary to determine the chances of success of a defence on FRAND grounds. This however also requires careful consideration in the drafting process of such licence offers.

Even if one usually associates FRAND mainly with the mobile telecommunication sector, such an argument can be found in any area of technology which has standard-setting organisations (SSOs) and proprietors of IP who contribute to such a standard, eg, standard-essential patents (SEPs). Other famous standards include video and audio encoding/decoding as well as IT-related standards.

As the referral to the CJEU was made by a German court it seemed natural that the earliest decisions after Huawei came from that country, but we have also had decisions from other European countries such as the Netherlands and the UK.

To briefly summarise the original decision of the CJEU: on July 16, 2015, the CJEU clarified the prerequisites for article 102 of the Treaty on the Functioning of the European Union (TFEU) according to which owners of SEPs—when such patents convey a dominant market position in the downstream product market—may assert legal claims for cease and desist, destruction or recall against those seeking licences.

This decision had been long anticipated by practitioners in patent law, as many proceedings after the referral question in 2013 had been stayed in view of the expected change in case law. On the merits of the case, the CJEU tied the legal enforceability of claims to cease and desist and recall to a multilayered system of mutual duties that the SEP owner and SEP users must fulfil. If the SEP owner does not meet its duties or does not do so in a timely manner, the licence seeker’s compulsory licensing objection under antitrust law will prevail. The licence seeker’s claim under antitrust law to be granted a licence under article 102 TFEU can then be raised in opposition to the SEP owner’s claims.

The steps necessary to comply with the CJEU decision require first a notice of infringement prior to any commencement of legal proceedings. Such a notice should enable the infringer to analyse the patent and the attacked embodiment.

The infringer should then declare that he is willing to take a licence. After receipt of such a declaration, the patentee has to offer a FRAND licence to the infringer.

If the infringer is of the opinion that such an offer is not FRAND, he has to decline the offer and give a counter offer which has to be FRAND.

The patentee again has the option to accept or decline that counter offer. If the patentee declines the counter offer the infringer has to provide security and behave like a regular licensee, eg, rendering information.

In these general terms, the requirements of the CJEU seem sensible. However, lawyers and the courts have been busy interpreting them.

The lower courts were so far in agreement that the FRAND defence cannot be raised to oppose the assertion of claims to information and damages (Mannheim Regional Court, decision of February 26, 2016, 7 O38/14, p. 19; Düsseldorf Regional Court, decision of January 19, 2016, 4b O 120/14, margin nos. 406, 407). However the Düsseldorf Higher Regional Court has issued a further decision, on March 30, 2017, in which it is stated that the damage claim is limited to royalties.

In Germany the major courts in Düsseldorf and Mannheim take somewhat different standpoints when approaching the requirements as set out by the CJEU.

The Mannheim Regional Court reviews the procedure prescribed by the CJEU from the bottom to the top, ie, if the alleged infringer does not respond to a procedural step taken by the SEP owner according to customary conventions in the relevant industry, taking into account the principle of good faith, the defence of compulsory licensing under anti-trust law will be dismissed. The SEP owner’s actual compliance with its duties will no longer be of relevance.

The Düsseldorf Courts review the CJEU’s procedural steps consecutively, ie, the alleged user must always respond only if the SEP owner for its part undertakes what is required of it and meets the prerequisites the CJEU has clearly set forth. With this, the CJEU is said to pursue the mandatory procedure for reconciling the parties’ interests in a balanced way (Düsseldorf Higher Regional Court, I-15 U 66/15, margin no. 33; different opinion: Düsseldorf Regional Court, decision of November 3, 2014, 4a O 93/14, margin no. 172).

This consequently gives greater significance to the requirements that are to be made at each individual procedural step.

For the notice of infringement the courts in Germany take different standpoints. It is generally accepted that providing claim charts comparing the patent to the standard constitutes a valid notice of infringement if—eg, by an accompanying letter—the patentee explains what products are considered to be infringing. However the Düsseldorf courts have stated that it is sufficient that the patentee identifies the product and the patent numbers. Generally, it is accepted to use claim charts to inform the infringer.

With regard to the declaration of the potential infringer’s willingness to take a licence, the timing is important. In one case the potential infringer waited almost three months to declare his willingness to take a licence. The Mannheim Regional Court deemed this to be too slow, as the CJEU made it very clear that no party shall delay the negotiations in any form.

"If a global portfolio licence is the usual way to conclude a licence in that specific business area such an offer is deemed to be FRAND."

The discussion point which has gained the greatest momentum in the past few months is the questions of what constitutes a FRAND offer.

It also seems accepted that the covered territory can be worldwide. The argument here is a comparison with what parties would agree to outside of court negotiations. If a global portfolio licence is the usual way to conclude a licence in that specific business area such an offer is deemed to be FRAND. This is also confirmed in the 2017 Unwired Planet v Huawei decision from the UK.

The precise amount of the royalty needs to be clear from the FRAND offer. According to the CJEU and the way it is interpreted by the courts so far this does not imply a mathematical calculation of how the patentee came to a specific sum. Rather, it is required that the SEP owner must enable the alleged infringer to understand why, based on objective criteria, the SEP owner is convinced that the offer it has submitted meets FRAND criteria (7 O 96/14, margin no. 76).

In order to convince the alleged infringer the patentee has to disclose these objective criteria. As per the latest decisions the patentee will be required to disclose the licence agreements he has conducted before offering this specific licence to the alleged infringer. The more concluded licensing agreements with similar licensing terms and conditions that the SEP owner can produce, the stronger will be the assumption that the licensing fees demanded are FRAND and that the scope of the licence correctly reflects the parties’ interests (4a O 126/14, margin no. 302 et seqq.).

In the UK decision in Unwired Planet Judge Birss has very carefully argued how he concluded the level of a FRAND royalty in the case.

Another question, which is highly controversial, is whether FRAND or rather the FRAND royalty is a range or a single value for that given scenario. The courts in Germany seem to be of the opinion that FRAND can be a range (4a O 126/14, margin no. 314). However, in the UK Unwired Planet decision, the court held that for a given set of circumstances there will be only one set of FRAND terms (including one FRAND rate).

The UK court even expressed the opinion that the court is allowed to set a FRAND royalty rate if none of the rival offers is FRAND. It is also possible to offer reduced royalties to early adopters so that a later royalty can be higher. One still has to bear in mind that some courts see a problem in ‘royalty stacking’, meaning that there is a clause in the agreement to safeguard that the licensee is not overburdened financially.

Another clause that has been demanded by the courts is one that modifies the royalty (in both ways) if the number of portfolio patents changes significantly (Düsseldorf Court, Sisvel v Haier—advisory opinion dated November 11, 2016).

In the near future further movement can be expected. The European Commission has announced a paper on the question of at which level of the trade chain a licence has to be requested. In the past years the requests for licences at the level of the distributors has risen significantly and many licence requests from manufacturers have been turned down.

The future of FRAND is not yet set in stone, but the past 20 months have painted a clearer picture on what litigation and licence agreements need to take into account.

Alexander Haertel is a vice chair at LESI and one of the founding partners at Kather Augenstein Rechtsanwälte. He advises and represents national and international companies of all sizes. The focus of his work is in litigation for technical IP rights (patents and utility models) and he has managed many cross-border proceedings especially in the field of mobile phone companies. He can be contacted at: haertel@katheraugenstein.com