ASIPI 2019: Dealing with the innovation gap 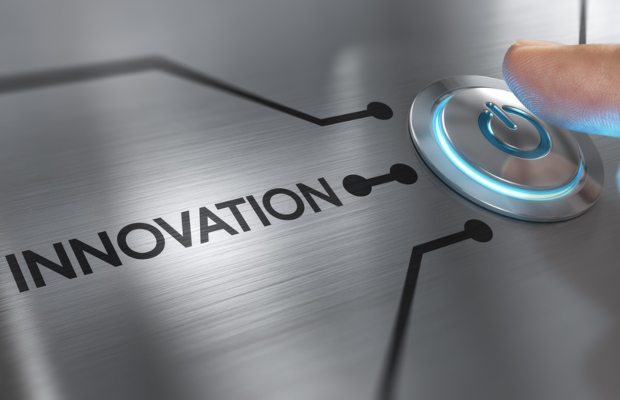 More must be done throughout Latin America to drive innovation, as it lags behind R&D in other countries. Sarah Morgan reports.

As other regions of the world prioritise innovation, Latin America and the Caribbean countries trail behind, with no country in the region collecting a top 50 spot in the World Intellectual Property Organization’s (WIPO) innovation rankings.

“Despite incremental improvements and encouraging initiatives, no clear signs for significant take-off are visible in Latin America and the Caribbean,” warned the organisation in its 2019 Global Innovation Index (GII), adding that the region has a “largely untapped innovation” potential.

Why is Latin America lagging behind?

“There’s very little investment, which means no capacity being developed and no real drive for innovation,” says Dirk Pilat, deputy director of science, technology and innovation at the OECD.

A lack of governmental investment in research and development (R&D) plays a major role in forcing Latin America to take a back seat on inventions—Brazil is the only country that spends more than 1% of gross domestic product (GDP) on R&D, according to the OECD.

Pilat adds: “We sometimes pay too much attention to governmental investment in R&D. Other investments are needed to drive innovation forward. Obviously, technology matters but skills matter too—investment in education is very important.”

He believes there’s been a tendency for Latin American countries to try to do things on their own, instead of being open to technology and knowledge from the rest of the world. But this is changing, he says.

“There’s very little investment, which means no capacity being developed and no real drive for innovation.” - Dirk Pilat, OECD

Andrés Grunewaldt, partner at Silva, adds: “I believe that scientists and entrepreneurs in Latin America have the same capacity and knowledge as professionals in developed countries, but they need more support from the government, more available funds and more private companies investing in our local R&D.”

For Marianella Arias, partner at Divimark Abogados, in addition to government capabilities, a lack of business vision is also preventing rapid growth in R&D.

“The global economic crisis has lowered the willingness of the entrepreneur to take risks and keeps them in conservative positions that weaken the development of innovation,” warns Arias.

She adds that the business sector usually has little access to financing for its projects and there are not enough business alliances in Latin America which allow companies to monitor the research environment and thereby mitigate the political, economic, legal and security risks that prevent growth in R&D.

Ana Catalina Monge, IP attorney at MMonivation, concludes: “It is essential in Latin America and the Caribbean that all sectors—government, private industry and academia—work in consensus to develop innovation in the region, independent of the politic circumstances of every country.”

Loreto Bresky, national director of the National Institute of Industrial Property of Chile (INAPI), states that Chile is the only country in the region that scores above the regional average in all GII pillars.

Bresky adds: “Chilean economic and political stability has had a positive impact on innovation, which is why institutions, infrastructure and market sophistication indicators have again had one of the highest scores in the GII 2019.”

This year, the report showed advances on outputs, mainly on knowledge creation, patents by origin, Patent Cooperation Treaty patent applications by origin, and utility models in comparison with 2018.

However, Grunewaldt points out that, even though Chile is leading the Latin American countries, in the 2019 edition, Chile fell four places in relation to the previous year.

INAPI attributes the improvements in outputs partly to its efforts, in combination with the Ministry of Economy, to facilitate access to the IP rights system through better electronic services, capacity development activities and engagement.

In December 2018 the Chilean government launched its new Science, Technology, Knowledge and Innovation Ministry, responsible for advising and collaborating on policies, plans and programmes designed to promote and strengthen science, technology and innovation derived from scientific-technological research.

INAPI’s endeavours to improve access to the IP system have meant that, in the last eight years, patent applications have increased by more than 134%. It’s currently developing a second IP strategy with an increased focus on innovation.

However, the office is aware that technology transfer is still low in the country so it’s concentrating its efforts on supporting small and medium-sized enterprises in a more integrated manner—“supporting them to improve the quality of their IP rights and as a result enhancing the possibilities to raise venture capital investment or transfer technology successfully”, says Bresky.

“It is necessary for the education sector to increase knowledge in digital technologies,” - Ana Catalina Monge, MMonivation

Within the IP office’s walls, artificial intelligence (AI) has been used in trademark examinations for nearly two years. The technology allows the office to compare image trademarks and, according to Bresky, improves processing times and increases the accuracy of searches through databases.

“Our expectations for the future are very high,” she says. “We hope to use this technology at other stages of the trademark examination process, particularly for the formal examination of the goods and services applied.”

The office is now preparing a second phase of development (validation stage) for an image search engine powered by AI. It was developed in collaboration with the University of Chile, and INAPI expects to have the system entirely implemented in the coming months.

Despite the general lack of innovation in Latin America, Costa Rica stands out as the one economy that continues to outperform on innovation relative to its level of development, according to WIPO.

Arias explains that as Costa Rica wishes to enter the OECD countries, administrative, management and legislative measures have been taken in recent years to improve the commercial environment. These developments have been reflected in the improvement of the innovation ecosystem pillar of the GII.

Fabiola Varela Mata, director general of the Registry of Industrial Property in Costa Rica, adds: “Costa Rica has a privileged socio-political situation, which makes it possible to enjoy some privileges that the rest of Latin America does not have.

“For example, it is exempt from armed conflicts (more than 70 years without an army), enjoys peace, and the population is mostly highly educated and bilingual.”

According to Mata, Costa Rica invests in education more than any OECD country—7.6% of Costa Rica’s GDP is assigned to education, while the average measure of OECD countries is 5%.

Monge explains that while Costa Rica may be known as a banana and coffee exporter, the country began microchip production in the 1990s, before exporting cutting-edge technology and services.

Ad Astra Rocket Company, which is owned by the Costa Rican scientist and former NASA astronaut Franklin Chang Díaz, is a prime example of the country’s cutting-edge technology.

“His company has developed hydrogen technologies and a rocket plasma engine which is strong enough to boost a spaceship to Mars, in less than one-and-a-half months,” says Monge.

The IP office itself is assessing the feasibility of submitting applications online and identifying other technological tools that can be applied.

To push more innovation in Costa Rica, Arias believes, more needs to be done to increase the amount of scientific publications and the registration of private sector patents, and to strengthen research institutions.

“To achieve the above, it is necessary for the education sector to increase knowledge in digital technologies to adapt more appropriately to the fourth industrial revolution,” she concludes.

Chile and Costa Rica’s positions at the forefront of innovation may be seen as the guiding light across the region, but more must be done throughout Latin America to drive innovation, and the countries themselves, into the future.