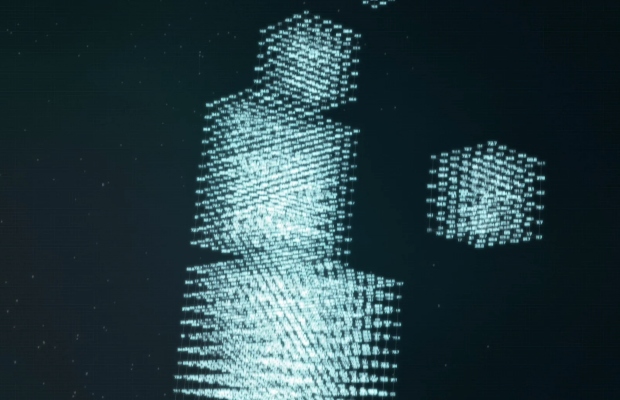 Blockchain has become a buzzword in recent years, but is the technology walking the walk as well as talking the talk? Sarah Morgan reports.

Mr. Scharli was speaking during the on-demand session, Blockchain: A Strategic IP Tool for Protection, Development and Competition. The panelists on the session, presented on the Innovation and the Future of IP track, fielded the big question: will blockchain disrupt intellectual property (IP), and if so, how?

Mr. Scharli queried whether blockchain was currently “the amazing solution for almost nothing,” comparing the current blockchain landscape to the situation with the Internet in the 1990s.

“When you first connected to the Internet, you might remember the special noise that was created, you’d wait a couple of minutes, and then suddenly a webpage would open and you’d see a few lines of text.

“Everybody was very excited to be on the Internet, and that’s exactly where we are currently with blockchain,” he said.

However, organizations are certainly investing in this new technology. Since 2014, the number of patent applications related to blockchain has skyrocketed.

“Most blockchain projects are developed as open-source projects, but the ones filing patent applications are not small companies, they’re the large Fortune 500 companies,” Mr. Scharli said. “It’s clearly a race to exclusivity.”

“Most blockchain projects are developed as open-source projects, but the ones filing patent applications are not small companies, they’re the large Fortune 500 companies. It’s clearly a race to exclusivity.” - Kilian Scharli, Meyerlustenberger Lachenal

To explore the interaction between blockchain and IP, INTA established the Blockchain Subcommittee, Emerging Issues Committee in January.

Speaking on the panel, Thomas Barrett, President of Encirca (US) and Chair of the Blockchain Subcommittee, said the Subcommittee’s objective is to explore the use of blockchain technology in trademark prosecution, maintenance, protection, and practice, including the opportunities and the threats to the value of trademarks, brands, and consumer trust in emerging blockchain technologies.

The Anticounterfeiting Task Group is currently examining the possible use of blockchain for anticounterfeiting, and the distribution and sale of gray-market and second-hand goods.

Track and trace in the supply chain—the ability to identify the past and present locations of all product inventory—is “the most obvious opportunity” here, with pharmaceuticals being the main use cases, Mr. Barrett said.

Raphaëlle Dequiré-Portier, Partner, Gide Loyrette Nouel (France) and session moderator, asked the panel: “As a consumer, when do you think we will be able to verify whether a product is fake or genuine just by using a smartphone and blockchain technology?”

Mr. Barrett suggested this is likely in five to ten years. There is clearly a pressing use case for the pharmaceutical supply chain to be undertaking track and trace, and many groups are already working on this, he said. Noting that the counterfeit medicines market is responsible for one million deaths per year, he said, the ability to track and trace can be a “matter of life and death.”

“As a consumer, when do you think we will be able to verify whether a product is fake or genuine just by using a smartphone and blockchain technology?” - Raphaëlle Dequiré-Portier, Gide Loyrette Nouel

Bennett Collen, Director of Product at GoDaddy.com, LLC (US) and a member of the Blockchain Subcommittee, outlined the work of the Trademark Registry Task Group, which is currently looking at a potential global trademark registry.

“It makes sense that if this technology works for individual businesses and business interests, a global trademark registry might help standardize the practice of recording trademark use within federal and regional trademark offices,” he said.

According to Mr. Collen, the benefits of using blockchain for a global trademark registry, or even a registry for one jurisdiction, include highly credible timestamps, more complete records, and a central record of all actions taken around a certain trademark.

However, “coordination among trademark offices could prove challenging. Each trademark office has its own initiatives, roadmap, technological capabilities, and budget,” he added.

“You cannot undo a blockchain addition and that applies to registering a blockchain domain name. Our Committee sees this a major threat to rights owners.” - Thomas Barrett, Encirca

The Domain Names Task Group is examining the emerging uses and abuses of brand identifiers and domain names on blockchains. Mr. Barrett outlined one use case which is being promoted by a venture capital vendor called .crypto: uncensorable websites.

He noted that while rights protection mechanisms are available to brand owners from the Internet Corporation for Assigned Names and Numbers (ICANN) framework, it is the “Wild Wild West” for blockchain domain names as there is no regulation at all.

“The blockchain is immutable. You cannot undo a blockchain addition and that applies to registering a blockchain domain name,” Mr. Barrett said. “Our Committee sees this a major threat to rights owners.”

Responding to Ms. Dequiré-Portier’s query as to what brand owners can do if a blockchain domain name is infringing on their trademark, Mr. Barrett explained that the Task Group is working with vendors and educating them about the importance of respecting IP.

“Some of these developers recognize they should ‘play nice’ with IP. For example, some are trying to have the equivalent of a sunrise period before they launch, to give brand owners a chance to protect their brands,” he said.

Two things are holding back the adoption of blockchain domain names, according to Mr. Barrett. The first, on the merchant side, is the ability to accept cryptocurrencies.

The announcement in October by PayPal Holdings, Inc. of a new service that enables its customers to buy, hold, and sell cryptocurrency directly from their PayPal account could “be a tipping point in terms of adoption by merchants,” he suggested.

On the consumer side, many blockchain domain names require a special plug-in web browser to access a digital wallet, and many browsers are not yet able to offer that.

“A global trademark registry might help standardize the practice of recording trademark use within federal and regional trademark offices.” - Bennett Collen, GoDaddy.com

Concerning the Trademark Registry Task Group’s work, Mr. Collen said its role is “to tackle the issue of the general disregard or secondary importance of IP rights, as viewed by a lot of hardcore technologists and blockchain companies in the space.”

He suggested that many blockchain developers have a “natural mistrust” of IP and that “trademark law’s unique single source concept doesn’t really jive with open-source.”

“Larger corporations see the immense value of IP rights. The more mature these startups become, the more they’ll focus on IP rights because they create significant value for the company.”

WIPR webinar: Is blockchain the future of copyright protection?
11-09-2019