A watching brief: the future of the UPC post-Brexit 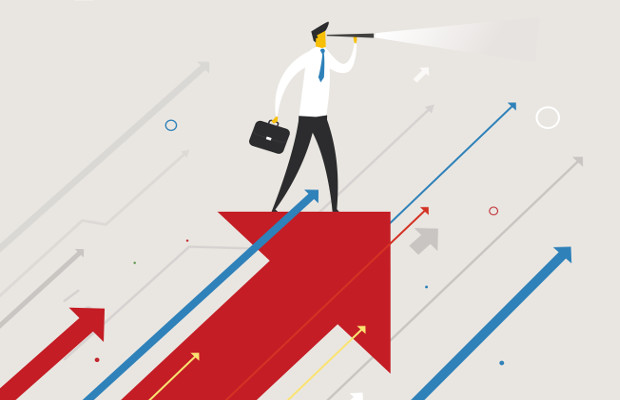 It is hoped, but not guaranteed, that the UK will retain its place in the UPC system despite the Brexit vote, say Paul England and Matthias Hülsewig of Taylor Wessing, who explain the implications arising from the UK exit negotiation and the issues that need to be decided.

In the wake of the UK referendum decision to leave the EU, a number of questions are being raised about the future of the Unified Patent Court (UPC) and the unitary patent. The answers to many of these remain uncertain, as they rely to a large extent on the political process that will now ensue as the UK negotiates its exit from the EU.

The first, formal stage in this process is notification under article 50(2) of the Lisbon Treaty and this is not currently expected to happen until the end of 2016 or the beginning of 2017. Then will follow a two-year period of negotiation during which the UK remains a member of the EU, although this period is extendable.

The immediate question concerning the UPC is whether the UK will ratify the UPC Agreement, as one of the three countries (alongside Germany and France) that must do so in order to bring the UPC and the unitary patent into force. Before the referendum result, the UK ratification had been expected to happen in late 2016.

The unitary patent is based on EU regulation and although the UPC is an intergovernmental organisation rather than an EU body, it is subject to rulings of the Court of Justice of the EU (CJEU). Ratification therefore now poses a political difficulty for the UK parliament. If the UK does not ratify the UPC Agreement the UPC will not be able to open as planned by the preparatory committee and the unitary patent will not come into force in 2017 as previously scheduled.

Without its ratification, the UK’s involvement in the UPC is instead likely to become a matter of political negotiation, on the table with all the other matters that must be resolved in the UK exit agreement. As a result, the issue of whether the UK remains involved in the UPC is most likely to be finally agreed together with the exit agreement itself. This suggests at least two years of delay to the UPC after article 50(2) notification.

Will the UK remain a participant of the system after exit negotiations? There are reasons to think that this is possible. Soon after the result of the referendum, opinion was circulating from people close to the UPC preparatory committee explaining how the UK can remain a participant in the UPC and the unitary patent even if it does not remain an EU member state.

“The issue of whether the UK remains involved in the UPC is most likely to be finally agreed together with the exit agreement itself.”

According to this view, Opinion 1/09 delivered by the CJEU in 2011, which had originally been interpreted to mean that non-EU member states cannot participate in the UPC, does not actually bar non-EU countries from joining.

Furthermore, the European Patent Convention provides a mechanism by which the UK can participate in the unitary patent without being an EU member state. From a viewpoint of politics any such involvement, however, would still need to overcome the fact that the unitary patent is an EU instrument and that, together with the UPC, it is subject to rulings of the CJEU.

This was echoed at a UPC and unitary patent conference held in Munich on July 7, at which Margot Fröhlinger, who is leading the preparations for the unitary patent at the European Patent Office, Alexander Ramsay, the chair of the UPC preparatory committee, and Professor Ohly, a professor of law at the Julius-Maximilians University in Munich, were all of the firm view that it will be legally possible for the UK to participate in the UPC and the unitary patent when it is no longer an EU member state.

The preparatory committee has already made it clear that, for the time being, the UK remains a member state of the EU and a contracting member state of the UPC Agreement. Pending more clarity about different possible scenarios, the work dedicated to the technical implementation of the court and the unitary patent is to continue, the committee says.

What will be the attitude of users to the UPC and unitary patent system if it does not include the UK? According to the Fifth Taylor Wessing Global Intellectual Property Index (GIPI5), prepared and published on June 14 (before the referendum), the UPC and the unitary patent were dominating the thoughts of patentees and other parties who operate in industries where patents are important.

GIPI5 asked for the views of patentees and other users of the European patent system on their confidence in, and willingness to use, the UPC. In particular, respondents were asked:

The response to these questions was a cautiously positive average of 6.20 to the first question and 6.07 to the second question. However, when respondents were asked whether they would actually use the UPC as a forum for enforcement, the answers were more emphatic: 95.5% of those who had formed a view said they would use the court for this purpose.

When asked whether the level of fees currently being proposed for using the court are reasonable, more respondents were again more positive than not: 61% of those who had formed a view thought the proposed fees were reasonable.

If the UK were not to participate in the UPC in the long term, would this support be diminished? The original purpose of the UPC and unitary patent reforms was to make patenting and patent litigation more affordable, to further harmonise substantive patent law and to reduce claimants’ ‘forum-shopping’ for the most favourable jurisdiction in which to litigate. These objectives will remain for the purpose of the great majority of EU member states in which the UPC will still apply, regardless of the UK’s presence.

It is also important to remember that Europe’s largest market, Germay, will remain in the UPC and unitary patent system once it ratifies the agreement, so it will continue to be a highly attractive proposition for users. If the UK does not participate in the UPC it will instead be a wholly separate jurisdiction but, as Europe’s second largest economy, it will also remain an important jurisdiction for patent litigation and maintain its strategic role in wider European strategies.

In summary, the odds are in favour of the UPC’s coming into force, but after a delay in which political decisions will need to be made. It is to be hoped that the UK will be part of the UPC, but for the time being this is a watching brief.

Paul England is a senior associate at Taylor Wessing in London. He can be contacted at: p.england@taylorwessing.com

Matthias Hülsewig is a partner at Taylor Wessing in Germany. He can be contacted at: m.huelsewig@taylorwessing.com