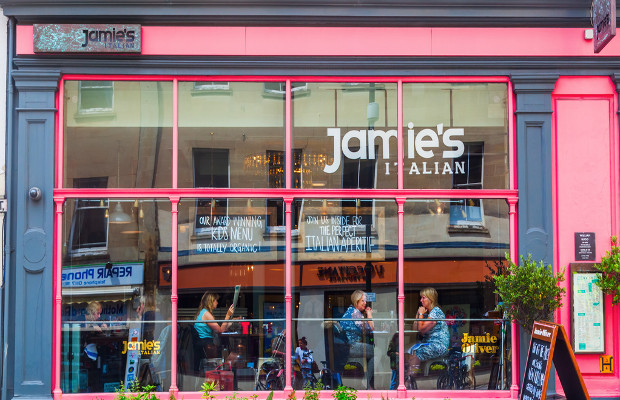 In July, WIPR reported that GIG sued Oliver at the US District Court for the Western District of Washington for including a mark with the letters ‘GF’ in some of his recipes which have been made available to the public.

GIG owns several trademarks for ‘GF’ signs which certify that a certain product is gluten-free.

The certification programme maintains “strict certification standards to verify the quality, purity and integrity of gluten-free products”, according to the claim.

On Tuesday, September 26, GIG voluntarily dismissed its suit against Oliver.

But, the following day, the group sued the chef at the same court for trademark infringement.

The complaint said: “Defendants have not sought any form of gluten-free certification from any entity in the US, or even the UK.”

According to the group, in pre-litigation communications, Oliver had the opportunity to identify the right to use a GF mark, but failed to do so.

“Through use of a mark identical or substantially similar to plaintiff’s gluten-free certification marks, defendants attempt to affiliate themselves, their food programmes and recipes with plaintiff,” said the suit.

GIG said that the use of the mark attempts to mislead the public into believing that the chef’s food-related programmes and recipes have been certified as gluten-free.

The group is seeking an injunction from the court to stop Oliver from using the mark, a recall of infringing products and an order requiring Oliver to publish a notice disclaiming any connection with GIG.

Oliver isn’t the first chef to end up at the centre of a trademark clash.

Earlier in September, WIPR reported that a trademark battle is currently taking place in the UK between celebrity chef Paul Hollywood and a small independent baker hoping to run her own shop.

Hollywood, of “The Great British Bake Off” fame, and Croatian-born Anita Janusic both want to use the name “Knead” for bakeries in London.

And in November last year, US-based restaurant The Kitchen Café (The Kitchen) filed a trademark infringement and unfair competition lawsuit against the licensing company of chef Wolfgang Puck.

The Kitchen was opened in 2004 and is co-founded by Kimbal Musk, brother of business magnate Elon Musk, and chef Hugo Matheson.