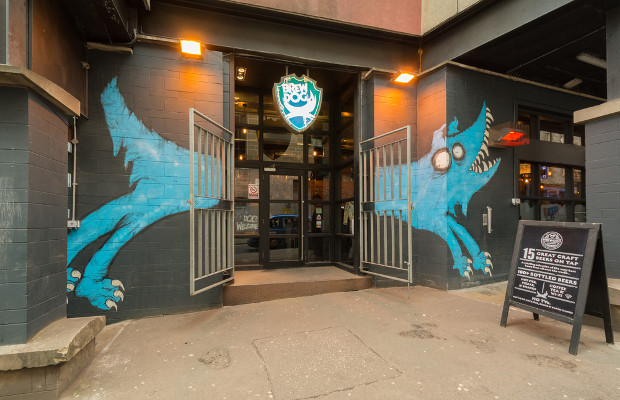 The co-founders of Scottish brewery BrewDog have changed their name to Elvis after allegedly receiving a legal threat from the estate of Elvis Presley.

James Watt and Martin Dickie legally changed their name by deed poll on October 4, according to a statement on the brewery’s website, published on Thursday, October 6.

The co-founders said they had received a notice from the lawyers of Presley’s estate stating that the brewery is not allowed to call its blood orange and grapefruit-infused IPA ‘Elvis Juice’.

“Here at BrewDog, we don’t take too kindly to petty pen pushers attempting to make a fast buck by discrediting our good name under the guise of copyright infringement,” they said.

However, the claim seems to be for trademark infringement.

They added: “By the Elvis Presley Estate legal team’s logic, I am pretty sure we could even lodge a counter-complaint aimed at Presley himself for all the records he put out without Elvis Watt and Elvis Dickie’s permission!”

The trademarks cover class 32, which concerns beer, ale and other alcoholic beverages.

Both applications have been opposed by ABG EPE IP, the estate of Elvis Presley, which owns a number of trademarks related to Elvis.

The brewery was founded in 2007 and there are now 32 BrewDog bars in the UK and overseas.

Neville Cordell, IP litigation partner at Allen & Overy, explained that under English trademark law there is an own name defence.

Cordell added that the founders may not be seeking to create an own name defence, but may rather be seeking to "wind-up" the estate, reminiscent of when cosmetics company Lush rebranded some of its ranges using the name of Amazon's UK boss during trademark litigation between the companies in 2013.

Lee Curtis, partner at law firm HGF, added that a key issue in this case is the reaction of the public.

"It's not just about the law now: they must take into account the public's reaction. BrewDog have made this statement, which has gained a lot of publicity, and it's up to the estate to decide whether it will back down from this fight or enforce its rights."