UPC: the role of the CJEU 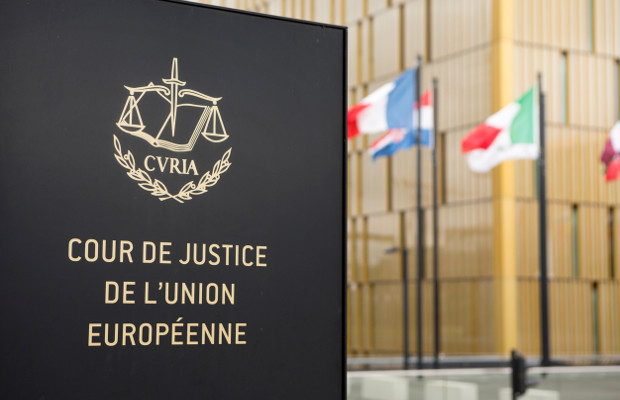 If the CJEU is seen as a significant component of the UPC system the UK may prefer to withdraw from it, but in reality how involved might the CJEU be, asks Lorna Brazell of Osborne Clarke.

The role of the Court of Justice of the European Union (CJEU) in the Unified Patent Court (UPC) might seem an arcane concern when jurisprudence on patent matters has been relatively sparse for the CJEU’s first 60 years of operation.

In recent years the court has seen an endless stream of references from the European Union Intellectual Property Office in relation to administrative challenges to decisions to grant or refuse trademarks or designs, and it is currently grappling with the protection of copyright in the digital environment.

But since Europe’s relatively harmonised patent law derives not from the EU but from the separate European Patent Convention, the CJEU’s interventions to date have been limited to the interplay between patent rights and the freedom of movement of goods or competition law.

The question may, however, be crucial to the continuation of the UPC and unitary patent system, once the UK has left the EU in 2019.

The UK government has stipulated that escape from the supremacy of CJEU decisions over those of national courts is a major political objective of the Brexit process.

If the CJEU is seen as a significant component of the UPC system, the UK may prefer to withdraw from it, even if the other participants were prepared to renegotiate the agreement to permit it to remain as a non-EU member state.

How extensive is the CJEU’s engagement with the UPC likely to be? This apparently simple question needs to be handled with care.

There are two logically separate questions, which tend (in the heated discussions generated by any Brexit-related issue) to get conflated.

First, does the CJEU have jurisdiction to determine questions of law through the UPC system?

Second, how significant are the questions the CJEU will have to determine? This can also be subdivided: how legally significant, or how likely to occur in daily practice?

At first glance, it appears that the CJEU’s role is a fundamental one.

The UPC Agreement opens with a series of recitals spelling out the importance of EU law and the CJEU’s role in maintaining it.

This presentation of EU law and primacy as central to the Agreement arises from the CJEU’s rejection of a previous form of agreement on the grounds that it was incompatible with EU law because of the absence of any guarantee for that law’s primacy.

"The CJEU may also be invoked if a party to a dispute before the UPC disagrees with the UPC’s analysis as to which national law shall be applied."

The re-drafted version accordingly takes pains not to be struck down for the same reasons.

The answer to the first question is therefore yes, the CJEU definitely does have jurisdiction over questions of law and, if the UK continued to participate in the UPC post-Brexit, the CJEU’s rulings on such matters will have effect in the UK.

Many of the CJEU’s actual areas of competence within the UPC are of relatively limited significance for most patent disputes.

Neither of the core issues—patent validity and infringement—involves prima facie any question of EU law.

Instead, the CJEU is charged broadly with ensuring the uniformity of the EU legal order and the primacy of EU law, including the judicial protection of an individual’s rights under that law.

In order to do so, the CJEU has the power to give rulings on the correct interpretation of EU law in response to requests by the UPC. This could include questions touching procedure, such as the right to a fair trial.

The CJEU may also be invoked if a party to a dispute before the UPC disagrees with the UPC’s analysis as to which national law shall be applied to a question, since the choice of national law is to be determined by EU law on private international law rules.

However, these issues are unlikely to come up in a typical patent dispute.

Accordingly, the majority of cases liable to be heard by the UPC are very unlikely to raise any issue within the competence of the CJEU.

In practical terms, referring questions to the CJEU is unlikely to be a significant component of the UPC’s activities for its first few years.

The UPC Agreement sets out new law on which acts constitute infringement of a patent.

Disputes on how precisely that is interpreted will be frequent in the early days, probably arising in parallel in numerous disputes, until the Court of Appeal has given sufficient rulings for consensus to begin to emerge.

Similarly, the rules of procedure are a unique system for litigation, drawing upon but not precisely the same as any of the contracting member states’ systems.

There are likely to be many appeals over points of procedure, short of the overriding right to a fair trial, in the early years of the court’s operation.

A focus on SPCs

The question of the primacy of EU law is most closely engaged in specific issues such as the patentability of biotechnology, defences to infringement for pharmaceutical research purposes and patent term extension through supplementary protection certificates (SPCs).

Although these instruments affect only two industry sectors, pharmaceuticals and agrichemicals, those sectors have been responsible for a significant proportion of patent disputes in Europe over the last 20 years.

However, although the biotechnology directive (98/44/EC) was controversial at its introduction, it has not been the subject of any dispute over its operation.

Ultimately, given that biotechnology patents will continue to be granted for the territory of the UK by the European Patent Office (EPO), the CJEU’s hypothetical future interpretations of the directive will have effect in the UK.

But from a political standpoint, in any given case it would be the EPO’s, rather than the CJEU’s, decision which would be the immediate source of any controversy.

In contrast, the extent of the pharmaceutical research exemption—the so-called Bolar exemption—has already been challenged in references to the CJEU from Poland and Germany.

Indirectly, a CJEU opinion on whether an activity falls within this exemption could additionally address whether the accused actions infringe in the first place.

In addition, the SPC regulation has caused numerous references to the CJEU from many member states, and continues to raise questions.

Although it is arguable that once the UK has left the EU any marketing authorisation and consequent SPC will both be creations purely of national law, so that any dispute would be subject only to UK courts, the argument could be made that both authorisation and certificate for existing (pre-Brexit) SPCs were originally granted under EU law and should be adjudicated under it.

EU law may also be relevant in any infringement dispute where a patent licence has been raised as a defence, since the impact of any such agreement on competition in the market could be material to its effectiveness.

Even an agreement purportedly relating only to the territory of the UK could, in theory, affect market conditions in the EU and therefore be affected by decisions of the CJEU.

Further, even though patent licences in general are subject exclusively to national laws, the appropriate consideration for any licences of right under the unitary patent system (a unilateral offer by the owner of a unitary patent to grant licences on fair terms to all comers) is a question of EU law.

All these are issues which can, in a particular dispute, be definitive. It is therefore inevitable that the UPC will, in due course, refer questions of law to the CJEU for clarification.

Since the central division with responsibility for chemicals and life sciences will be based in London, those references are most likely to be made by a court sitting in London.

So, if the UK ratifies the UPC Agreement in its current form, its submission to the CJEU court and the laws it administers, insofar as they impinge upon patent matters, will be highly visible to Britain’s Eurosceptics.

Tactically, a party wanting to prolong any determination of a dispute might be tempted to find an argument on which the CJEU’s ruling is required.

This approach could both postpone the theoretical one-year timetable of a UPC action from start to trial, since the CJEU frequently takes three to five years to deliver its ruling, and potentially raise political leverage as to the enforceability in the UK of any ultimate ruling.

As the discussion above shows, the CJEU’s role in the UPC system is complex, and the circumstances where it may actually become involved are restricted to very specific issues.

If the political dialogue moves beyond the most simplistic of terms, and political will is available on both sides, it should not be beyond the wit of the current contracting member states to agree modifications to the Agreement and rules which would enable the UK to continue to participate without in any way compromising the uniformity or primacy (within the agreed limits) of EU law.

Whether that will happen, it is far too early to tell.

Lorna Brazell is a partner at Osborne Clarke. She can be contacted at: lorna.brazell@osborneclarke.com