Unitary Patent system: should you opt in or out? 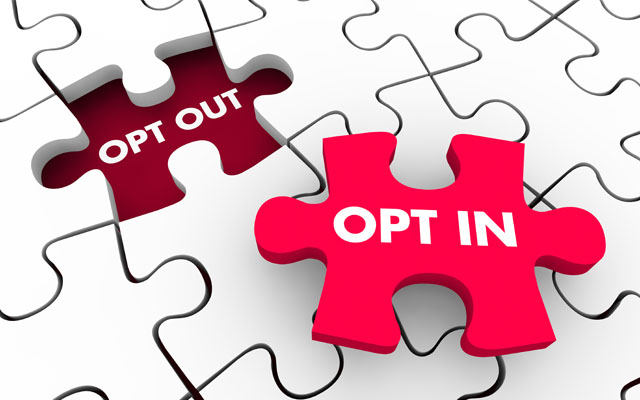 A rightsholder’s size and patent footprint may help decide whether they participate in the new patent and court, explain Folke Johansson and Tomi Konkonen of Papula-Nevinpat

The idea of a Europe-wide unified patent system is not new. It was first proposed at the 1973 European Patent Convention, but a lack of political will prevented its ratification.

Fast forward to 2022 and the landscape has changed. The Unitary Patent system and Unified Patent Court (UPC) will most likely come into force later this year, or at the beginning of 2023. These bodies will give patent applicants and holders the option of handing patent litigation in a centralised way, covering multiple European countries with the same framework.

“The winds are strong again and the political determination is now there to push the unified system forward,” says Tomi Konkonen, team leader and European patent attorney at Papula-Nevinpat.

“The IT systems for the court are being built, the judges have been hired, and real-estate decisions have been made for the different functions spread across the participating member states.”

What then will be the difference between the roles of national courts and the UPC?

European patent applications will continue to be handled by the European Patent Office (EPO), and patent disputes will continue to be reviewed by national courts. The function of the Unified Patent Court is limited to jurisdiction for matters related to already granted European patents that have not been opted out, as well as for the unitary patents.

Under the Unitary Patent system, litigation is handled in the location where an infringement is said to have taken place. The exception is with revocation actions, which are typically handled at one of the organisation’s central divisions—namely Paris or Munich.

UPC official fees are fixed: €11,000 (US $11,800) for infringement cases and €20,000 for revocation. There are also ceilings for recoverable costs, but these depend on the value of the case.

“The UPC is being set up to handle procedures quickly. It’s aiming at fewer than 14 months for most cases,” says Konkonen. “Actions are initiated with written arguments, then interim procedures cover case-management practices, and finally oral arguments are presented.”

“Each local division of the UPC designates the languages in which litigation can be conducted, so documents and oral submissions may need to be translated. The cost of translation is borne by the party providing the documents, but these expenses may be partly claimed from the losing party,” he explains.

“When a patent has multiple proprietors, then all must agree to opt out for it come into force. An opt-out is for a lifetime.” Folke Johansson and Tomi Konkonen of Papula-Nevinpat

Opt in or opt out?

European patents granted and pending before the UPC takes effect will automatically go under UPC jurisdiction, unless opted out. Applicants and holders of European patents should note that there will be a transitional period of seven years during which a patent can be opted out of the UPC’s jurisdiction.

“An opt-out means that only the relevant national court will have jurisdiction over the patent,” says Papula-Nevinpat’s Folke Johansson, patent department director and European patent attorney. “When a patent has multiple proprietors, then all must agree to opt out for it come into force. An opt-out is for a lifetime.”

“When the UPC is ratified—expected later in 2022—there will be a ‘sunrise period’ of three to four months before the UPC takes effect,” Johansson continues. “During this period you can start to opt out of your current European patents and applications. Opt outs are not possible though if a revocation action has been filed before the UPC.”

In deciding whether to opt in or opt out, Johansson says patent applicants and holders should consider how many participating member states their European patent has been validated in.

If there are a lot of states involved, this will impact the cost of any litigation (including translation costs, official fees, attorney fees and service fees).

“If a patent is revoked in the UPC then it is lost in all participating EU countries, so you need to look at the whole protection situation and make active case-by-case decisions,” he advises.

“In view of the costs involved, I would assume that for a lot of SMEs it might actually be wiser to stay in the unified system. This way with a single proceeding you can launch an infringement action against an infringer in several states. Larger companies that can afford costly litigation may want to opt out and go to the national courts.”

Folke Johansson is director at Papula-Nevinpat and a European patent attorney. He can be contacted at: folke.johansson@papula-nevinpat.com
Tomi Konkonen is team leader for Papula-Nevinpat's ICT and Electrical Engineering Team, a European patent attorney and a partner in the company. He can be contacted at: tomi.konkonen@papula-nevinpat.com