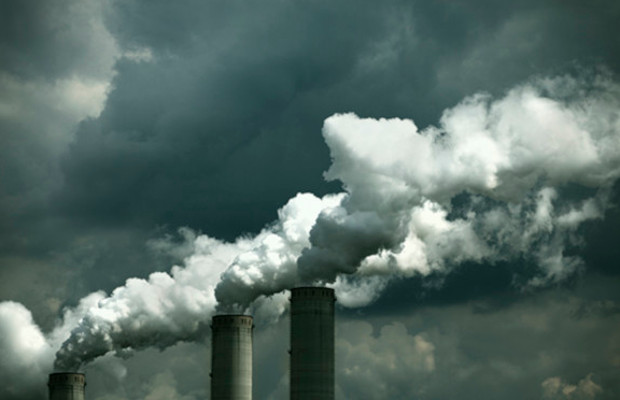 In December 2015, 195 nations adopted the Paris Agreement under the UN Framework Convention on Climate Change, resolving to take collective action to halt the global temperature rise this century to below 2°C above pre-industrial levels. Beyond this threshold, it is agreed, the Earth’s climate will descend into dangerous, irreversible levels.

The International Cryosphere Climate Initiative reported in 2015 that the Arctic, which has a significant role in regulating the atmosphere, is at risk of irreversible damage and that the temperature on Earth has passed, or is close to passing, thresholds that will kick certain processes into action. Once begun, these processes cannot be stopped, with the Initiative adding that even if temperature rise is halted now, there is no mechanism to stop sea-level rise from melting glaciers and ice sheets, and expansion of warming waters for the next 200 years.

The Inter-Governmental Panel on Climate Change corroborates that the Arctic is warming twice as fast as other parts of the Earth. Coupled with ongoing warming from a growing global population’s activities, the ability of the Earth’s systems such as biodiversity to maintain equilibrium and curb negative effects is severely threatened. A loss of biodiversity because of agriculture, livestock farming, and deforestation removes the very systems needed to stabilise warming.

With atmospheric greenhouse gases at an all-time high, rapid melting of polar ice caps in the Arctic, large ice sheets carving off in the Antarctic, vast deforestation, rising sea levels, biodiversity loss, increasing air, water and land pollution, and each of the past 16 years recorded as the hottest years since record-keeping began, the distant threat of climate change is now a dominant reality offering unprecedented risks and challenges.

In this changing landscape where the Earth’s systems are pushed by the current global population of 7.5 billion, the projected rise to 8.5 billion in 2030 and 9.5 billion by 2050 will put further pressure on the world’s natural systems and finite resources. While the forecast population growth and projected ‘middle class’ of three billion people by 2030 present immense economic opportunities for rapid expansion of consumption-driven markets, the uneasy truth is that the Earth’s systems are unable to cope, while further accelerated consumption has serious ramifications for the planet’s climate upon which we depend.

"The stories brands tell serve as powerful media for education and transforming the collective consciousness."

Addressing climate change in an economic system based on intensive consumption is humanity’s greatest existential challenge.

Given that IP helps to drive the economy, this article invites IP practitioners and businesses to take a leadership role to transform branding for a vision beyond the 21st century by embracing environmental management.

Business leadership on the environment and sustainable development is not new: the Paris Agreement, and the UN’s Global Compact and Sustainable Development Goals would not have come about without the support of businesses. However, efforts on sustainability are insufficient and incomplete without addressing the underlying model of unchecked consumption concomitant with an increasing global population that is ultimately unsustainable in a world of finite resources.

What is new is the use of branding to inform the issue and to influence changes in consumption patterns by all. As climate change is caused by people, and the global population is set to grow, people are the solution. Businesses have always used the power of branding to influence broader cultural concerns, so it is time that power is used to help change norms in alignment with the culture of sustainability and mindful consumption to bring about systemic improvements in this changing climate.

Political will and public policy on this multidimensional issue are crucial but equally important are the innovation, will and leadership of the private sector, without which the vision of sustainability would be impossible.

Businesses lead and shape the way in consumption. In this changing landscape, the demand is for radical and fundamental shifts instead of incremental change. So much of branding is about impact and influence. A brand is representative of a business’s values and visions. It is more than a representation of origin and positioning for presence and profit—the stories brands tell serve as powerful media for education and transforming the collective consciousness.

The questions for businesses are: what sort of impact and influence is your brand making? How do you want your brand to be perceived? What problem does your business solve?

Practitioners and businesses need to manage competing fiscal and environmental priorities and work towards holistic goals. If businesses, their customers and communities are to thrive in tomorrow’s markets, then acknowledging the Earth’s constraints involved in more production for more people is paramount. The “eco” in ecology must be congruent with the “eco” in economics lest we continue to roll the dice and impoverish future generations.

Realistically, climate change is not a fact we might solve; the real challenge is rather to better manage and sustain ourselves, which may be a greater challenge than we realise. It requires that we have the courage and fortitude to confront the obstacles in every organisation and boardroom to change our norms, values and systems. Success in the near and the long term requires leadership and engagement of all.

How we respond to this challenge will define humanity in the 21st century and beyond. The situation is both a threat and an opportunity, and leads to the question: will we be prisoners of the past or pioneers of the future?

Annisa Aaliyya Chua is the owner of Malaysian law firm Annisa Aaliyya. She has nearly 20 years of experience in IP practice and, more recently, has expanded her practice to help businesses with environmental responsibility and sustainability in their brands. She can be contacted at: annisa@annisaaliyya.com