Pharma trademarks in Angola: the right dose of protection 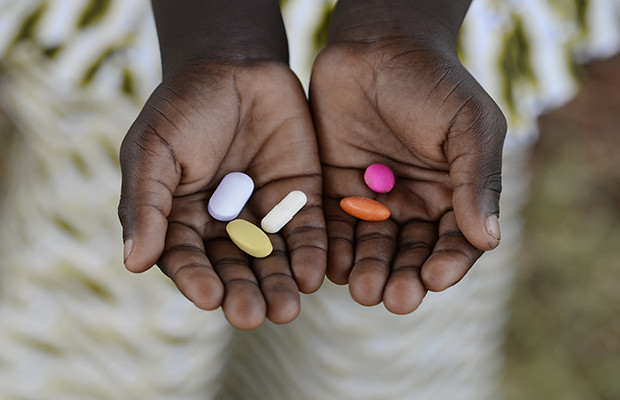 It is important to state what a “pharmaceutical trademark” is. When I use the term, I do not intend to mean or create a new legal type of trademark. Nor do I refer directly to class 5 of the Nice Classification since it covers more than pharmaceutical products, such as “diapers for babies”. I use the term only for academic purposes, to identify trademarks where protection is given to drugs and medications and where the legal approach and solutions may be distinct from those of other products.

Africa is a continent of big opportunities, especially for pharmaceutical companies. According to the latest statistical data, the market for the pharmaceutical industry in Africa will be worth about €60 billion ($75 billion) by 2020. In this sense, a big investment in protecting pharmaceutical trademarks in Africa is predicted, and Angola is not an exception in this matter.

Angola is one of the biggest economies in Africa. The oil crisis had a major impact on the economy but it also created an opportunity to widen the narrow base of the economy to a more diversified one, and the pharma industry is a beneficiary.

As stated by the Angolan minister of health at the end of 2016, one of the objectives of the Angolan government is to develop an Angolan pharmaceutical industry capable of increasing the availability of drugs to the population, thus reducing the number of imports and increasing state revenues.

Despite this being a good opportunity for the pharmaceutical industry, stakeholders must be aware of the difficulties they might face. The Angolan IP landscape has its own specific characteristics and I will point out some specific questions on pharmaceutical trademarks in this country.

It is worth analysing three specific problems that may affect the pharmaceutical industry: (i) the difficulties in enforcing trademark rights; (ii) the struggle against confusion; and (iii) the problem of parallel imports.

The difficulties in enforcing trademark rights in Angola, and IP rights in general, lie first with the backlog that exists in the Angolan patent and trademark office (IAPI). Despite major improvements in recent years, it still takes a long time to obtain a trademark registration certificate. Since the trademark filing gives only provisional protection, the application filing receipt is not accepted as a sufficient legal title to seize counterfeit products before customs, or as a ground to enforce trademark rights before a court, especially if the objective is to obtain an interlocutory injunction.

One of the remedies is to resort to arbitration. As a form of alternative dispute resolution, arbitration is a way to resolve disputes outside the courts and, due to its idiosyncrasies, has a special role to play in IP rights. Since Angola became the 157th contracting state to the New York Convention on the Recognition and Enforcement of Foreign Arbitral Awards, which entered into force on June 4, 2017, arbitration is now a viable choice for solving trademark disputes, even when the litigation involves foreign companies.

"Arbitration is now a viable choice for solving trademark disputes, even when the litigation involves foreign companies."

However, unless it is mandatory, which is not the case in Angola, arbitration cannot be imposed on the parties. There must be an arbitration clause in an agreement or an ad hoc agreement between the parties to settle the dispute. In this sense, licensing and distribution agreements on pharmaceutical trademarks should contain a carefully drafted arbitration clause, in order to ensure a fast, fair and efficient decision.

As for customs, it may be sufficient to provide an official notice from IAPI stating that the trademark has passed substantive examination and is awaiting a trademark registration certificate. This notice should be sufficient for customs officials to seize counterfeit goods.

The struggle against confusion

As stated by the World Health Organization in 2007, “the existence of confusing drug names is one of the most common causes of medication error and is of concern worldwide”. When dealing with pharmaceutical trademarks we should consider two areas of law: trademark law, which intends to safeguard consumers, provide information to them and create efficiency in the market; and pharmaceutical law, which protects public health by ensuring the quality and safety of medicinal products.

The matter of confusing drug names is especially true in Angola, where the literacy rate is still low. The existence of confusion of pharmaceutical trademarks can easily be a cause of medication error. It may be said that the protection of public health lies only on the state but that is not completely true. Apart from the social role played by companies nowadays, the damage against trademarks and their selling power that can arise from a medication error due to confusion between pharmaceutical trademarks should not be forgotten.

Considering this, particular attention must be paid upon launching a trademark in the Angolan market. It should be noted that figurative marks may play a special role in this matter. Due to the confusion created by some drug names, it should be easier to register and launch in the market a figurative trademark since it will be much better perceived by consumers.

Another issue should be considered: pharmaceutical names should also be subject to compulsory evaluation by public health agencies. This is a reality, for example, in Europe, where this evaluation is undertaken by the European Medicines Agency. For the time being, there is no centralised control for medicines entering the Angolan market.

The problem of parallel imports

Parallel imports are usually referred to as goods put on the market abroad by the owner of the trademark (or with its consent), which are subsequently imported into the domestic market without consent of the owner.

The debate over parallel imports focuses on the extent to which a trademark owner should be able to keep control over its own trademark by using its trademark entitlements in a country to restrict the importation of goods into that country after the goods have been put on the market somewhere else by the trademark owner.

In Angola, it is important to know whether trademark rights are “exhausted” with respect to products that have been distributed in the Angolan market. The Angolan trademark rules do not expressly provide the concept of exhaustion of trademark rights, and this can be very problematic for the pharma industry, creating a high degree of legal uncertainty in this matter. In the absence of rules, it should be understood that no parallel imports are allowed.

There are some specific questions that the pharma industry may be facing when entering its trademarks in the Angolan market. A practical and a pragmatic approach by stakeholders is advisable, for example, undertaking investigations to search for counterfeit products on the ground. Working alongside IAPI is also a feasible way to find better solutions to enforce trademark rights.

Finally, considering the lack of expertise and the length of time that elapses until the suits are ruled in Angola, implementing arbitration clauses in licensing agreements should not be neglected.

Vítor Palmela Fidalgo is a trademark and patent attorney and IP director at Inventa International. He specialises in all IP matters, including patents, trademarks, copyright and domain names. He also holds a master’s degree in IP law from Lisbon University School of Law. He can be contacted at: vfidalgo@inventa.com